The Greek word proskyneo may be used in connection with bowing before God or it may also be used to describe the act of bowing in submission to a person in authority, such as a king. Jesus used the word at Matthew 18:26 in an illustration involving a slave bowing before a human king. Obviously in that story Jesus did not intend to say the slave was doing an act of worship.

Jesus himself is said to have fallen upon his face prostrating himself before God in the Garden of Gethsemane moments before his arrest.

In the case of those who did obeisance to Christ they were not supposing that Jesus was God, as many misguided Trinitarians imply. Take for example Matthew 14:33 (cited in the question). That was the occasion when Jesus walked upon the storm-tossed sea, which states: “After they got up into the boat, the windstorm abated. Then those in the boat did obeisance to him, saying: ‘You really are God’s Son.”’

Had the disciples imagined that Jesus was actually Jehovah God they would have said so. But they didn’t. They expressed their conviction that Jesus was God’s Son.

Another “proof text” offered is Hebrews 1:5-6, which states: “For example, to which one of the angels did God ever say: ‘You are my son; today I have become your father’? And again: ‘I will become his father, and he will become my son”? But when he again brings his Firstborn into the inhabited earth, he says: ‘And let all of God’s angels do obeisance to him.”’

The passage in Hebrews is a different setting entirely.  God declared Jesus to be his Son on the day he was baptized and anointed with holy spirit to be the Messiah. However, Paul was contrasting the glory and authority Jesus will have upon his return, or as Paul worded it: “When he (God) again brings his Firstborn into the inhabited earth.”

So, when Christ sits upon his throne God will require all to submit to him, including the angels. However, it is important to note that God commands his angels to worship his Son at a point in the future. Obviously the angels have always worshipped Jehovah. But when Jesus becomes King then the angels will be required to bow before him as Jehovah’s most-honored Son.

While Jehovah’s Witnesses are presently laboring under the delusion that Jehovah has already brought his Firstborn into the world again, that is not the case. The coming of the Son of man will be a new development in the relationship of God’s people toward him. Then Jesus will receive worship, but not because he is God, but because God commands it. That is why in Revelation the vision depicts the Lamb in the midst of the throne around which the 24 elders do obeisance. 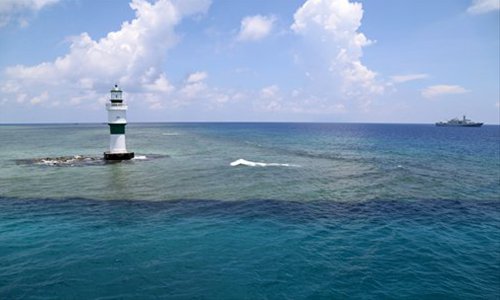 US attack on Chinese islands will be met with fierce counterattack: Global Times editorial

China will shoot down incoming US warplanes, no matter they are unmanned or manned. If those planes cause actual damage to Chinese islands and reefs, ...

Is the shooting war between Azerbaijan and Armenia a developing proxy war between NATO and Russia? What of the provocations by the west over the elect...

Heck, I been talking about a looming Dollar collapse and I barely got a high school diploma

Peace and security update via @whitehouse

President Donald J. Trump is Promoting Peace and Stability in the Middle East | The White House

War, pestilence, food shortages.... Mean anything to you?

The Supply Chain Is Broken And Food Shortages Are Here