QUESTION: I am a bit confused. Can you help? Dangerous world situation followed by solution. Result: Peace and security declared. Then, instant disaster —great tribulation. Ok so far. Jehovah intervenes to prevent total annihilation. Rev. 16:12-15. Armageddon! With the Syrian war pulling in more hardware and more countries with vastly differing agendas. The situation seems very ominous. How does this all fit together?

ANSWER: Through years of subtle indoctrination the Watchtower has molded the thinking of Jehovah’s Witnesses into a very narrow range of expectations. The problem with having certain expectations that are based upon the supposed authority of Bible “experts” is that when those expectations do not materialize then there is disappointment, confusion and even loss of faith.

While there is no reason to doubt that at some point “they” will be saying “peace and security.” And there will be a great tribulation. And God will cut it short. And there will be a final confrontation at the symbolic place called Armageddon. And best of all, a new day will dawn and Satan and his world will be gone.

We may be absolutely certain that all these things will come about. However, at this point in time the Devil is in the details. That is because the Watchtower has convinced Jehovah’s Witnesses that the time of the end has commenced already; that Jesus has returned and has been invisibly present since 1914.

Because of that a wide range of prophecies have also been attached to 1914. For example, the book of Revelation depicts one of the heads of the seven-headed beast suffering a fatal blow, only to recover. The Watchtower has rendered that development into a non-event by insisting that the fatal blow to the beast was fulfilled during the First World War. But that interpretation brings up a whole lot of questions that the Watchtower cannot possibly answer and that Jehovah’s Witnesses apparently cannot even comprehend. (30 Questions for Jehovah’s Witnesses)

Many other examples could be related demonstrating how the Watchtower has relegated vital prophecies into obscurity, which is the subject matter of numerous articles on The Watchman’s Post.

Obviously, though, the situation in the world now is very ominous and growing more so by the day. But Syria is just one potential flashpoint. The clandestine Anglo-American war machine is creating numerous provocations throughout the world; i.e. Ukraine, the South China Sea, Korea; and of course, it is public knowledge now, at least for anyone who cares to put the pieces of the puzzle together, that the various terrorists groups like ISIS and al-Qaeda are financed and controlled by the very same nations that claim to be fighting them. It is a very diabolic scheme. 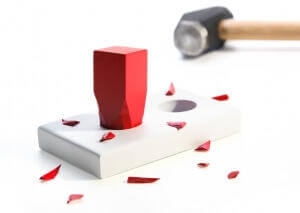 But as regards the question: “How does it all fit together?” The answer is, it doesn’t — at least as far as Jehovah’s Witnesses are concerned. The problem is you are trying to cram a square peg into a round hole. It just doesn’t work. That is why you are confused.

The reality is the nations are lurching towards World War Three. More and more people are waking up to that fact. For example, a recent article in The Huffington Post asks:  Has WWIII Already Started? The Jerusalem Post offers its opinion on how to prevent World War Three from erupting over the situation in Syria. In the wake of the Paris terror attack Pope Francis was prompted to reiterate his warning about WW3 being fought “piecemeal.” 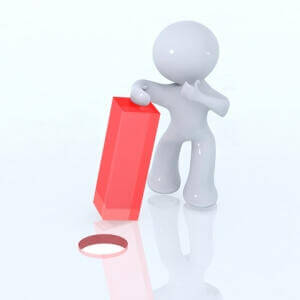 This seems like a good time for active Jehovah’s Witnesses to write to the Watchtower Bible and Tract Society and ask them to clarify their position in light of developing world events and explain more explicitly why there cannot be another world war. Who knows, maybe you can even get a few brothers to realize that only a round peg fits into a round hole?

Here is a link to the mailing addresses of the various Watchtower branch offices.

“The day of your watchmen, of your being given attention, must come. Now will occur the confounding of them.”