You will have to know that I am Jehovah

You will have to know that I am Jehovah

Question #44: Why do you make a big deal out of the invented name ‘Jehovah’ when your own organization admitted several times that nobody actually knows the true name of God?

Trinitarians make a big deal out of the supposed unknowableness of the exact spelling of YHWH. Their hypocrisy, however, is on full display due to the fact they proclaim Jesus to be God anyway. To a trinitarian YHWH, however one chooses to express it, is a non-factor. Hardly a week passes by that some deluded individual doesn’t give voice to their ignorance on my YouTube channel or in an email, informing me that Jesus is Yahweh. It surely helps the trinitarians in their deception to remove all traces of the divine name, which their preferred translations are most accommodative in that respect.

Ironically, though, it is the trinitarians go-to-Bible, the King James Version published in 1611, which popularized the name of Jehovah in the English-speaking world. Although the translators of the king’s Authorized Version only saw fit to render the YHWH as Jehovah in four places, it was enough. When Charles Taze Russell began his ministry those earnest Bible students immediately discerned the distinction between Jehovah and Jesus and had the scriptures to back it up.

Over the course of the 20th century, as the work of the Watchtower expanded to cover all the English-speaking nations of the world, and many more besides, no doubt thousands of people from Protestant backgrounds who possessed King James Bibles had an eye-opening experience when Jehovah’s Witnesses knocked at their door and invited the householder to go get their Bible and then proceeded to have them read Psalms 83:18.

Jehovah’s Witnesses used the King James with such effect that it forced the trinitarians to “revise” the KJV and expunge the name Jehovah from the four places where it had been in the original version. Evidently, divine providence had originally overridden the translators’ impulse to use LORD in all of the thousands of places where the YHWH appears in Hebrew. But it is too late for the trinitarians. The cat is out of the bag, so-to-speak. The name Jehovah is securely embedded in common usage in English, as well in dozens of iterations in the hundreds of languages and dialects spoken around the world. For better or for worse, Jehovah’s Witnesses are now inseparably connected to the name of Jehovah.

But it is not Jehovah’s Witnesses who “make a big deal” out of God’s name. It is God himself. When God revealed himself to Moses and gave his law to the sons of Israel the YHWH appeared in the first three commandments that were engraved in stone by the very finger of God. The third command especially underscored the sacredness of God’s name. It says: “You must not take up the name of Jehovah your God in a worthless way, for Jehovah will not leave unpunished the one who takes up His name in a worthless way.” 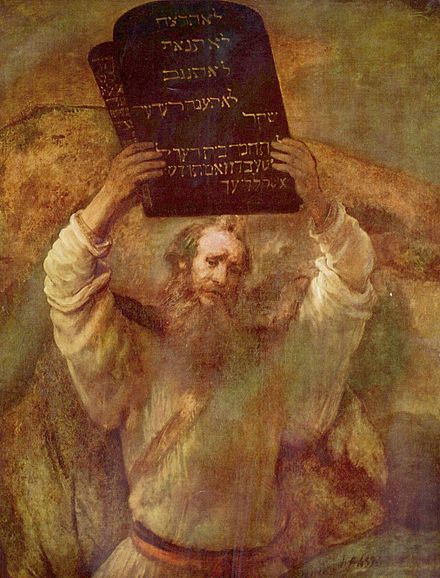 Regardless of how the Hebrews may have uttered the divine name 3,500 years ago when Moses read the Law to them, it was surely impressed upon their minds that the name of YHWH was sacred. Of course, centuries later superstitious Jews falsely reasoned the the name was too sacred to even be spoken, but obviously that was not God’s command. YHWH was not to be disrespected, but not hidden in obscurity either.

Although the Hebrews may have left off speaking God’s name, and “Christians” have followed that same tradition, God has not forgotten his name nor has he changed it. According to God’s own declaration to Moses the name of YHWH is his memorial for generation after generation. (Exodus 3:19)

Even up to the world-ending final part of the days, the same God who declared his name to be YHWH has forewarned that the nations will have to know that  I am Jehovah. Obviously, the nations that are destined to come under his judgment will not be forced to recognize that God’s name is an unpronounceable grouping of consonants. Surely, the fact that Jehovah’s Witnesses have made God’s name known in a multiplicity of languages has lain the groundwork for the nations to be forced to know that he is Jehovah.

When the time comes for what the Scriptures refer to as the great and fear-inspiring day of Jehovah, we will let the trinitarians quibble with the Almighty about how his name ought best be pronounced.

Question #45: Can you prove that Jehovah is more accurate than another speculation for God’s name such as ‘Jahoveh’ or ‘Jahevoh’? Wouldn’t these be more accurate considering verses like Revelation 19:1,3,4,6?

Yes. It can be proven that Jehovah is the best English rendering of YHWH. The reconstruction of YHWH with the proper vowels is not so mysterious. A little linguistics forensics can uncover the truth.

Consider the fact that the Hebrews originally took great pride in knowing God by his name. To honor God Hebrew parents often christened their children with names that incorporated the divine name in various ways. Several dozen Hebrew names were derived by fusing the first and first and second syllable of YHWH with other words. For example, here are a number of Hebrew names whose first syllable corresponds to the first syllable of the divine name: Je-coliah, Je-coniah, Je-daiah, and others.

The etymology of the various Hebrew names above prove that the vowels associated with YH, or JH in English, are “e” and “o,” indicating that the first two syllables in English are: Je-ho.

Other Hebrew names used the last syllable of YHWH to form a  suffix for a new name —names that end in “ah” or “iah.” And there are many. Here are just a few to illustrate the point: Hezek-iah, Jerem-iah, Zephan-iah.

The use of “iah” as a suffix indicates that the third syllable was pronounced with “a” sound. Putting it all together the English name Jehovah perfectly reflects the way the Hebrews spelled the word.

And although the Jehovah haters make a big deal out of the fact that Hebrew does not have a “J,” such persons hypocritically use every other Hebrew name spelled with a “J” in English; common names such as Joseph, Jacob, Joshua, etc.

As for the Greek expression Alleluia, or Hallelujah if you prefer, that expression means “praise Jah,” “Jah” being the shortened form of Jehovah. It is used in four places in the Hebrew. One place being Isaiah 12:2, which states: “Look! God is my salvation. I will trust and feel no dread; for Jah Jehovah is my strength and my might, and he has become my salvation.”

The construction of Jah or Yah in Hebrew, is derived from fusing the first consonant with the last syllable. By the way, the Hebrew prophet Elijah used the name Jah as a suffix. Eli, of course, is the shortened form of Elohim, which in Hebrew means God. Thus, Elijah means “my God is Jehovah.” I am proud to say mine is too.