What about Russia and China and Gog?

What about Russia and China and Gog?

QUESTION: I wanted to ask you your opinion of this video, particularly where he quoted Ezekiel prophesying the Prince of Russia (Meshech), etc. Do you agree with him?

Honestly, I didn’t watch the whole video. I couldn’t. I made several earnest attempts, but just couldn’t manage to sit through more than a couple of minutes per session. It is well produced, no question about it. Unfortunately, it is painfully evident he doesn’t know what he is talking about.

Just as a little background, The Trumpet is an offshoot of Armstrong’s World Wide Church of God that imploded a few decades ago and splintered into various sub sects, much like the Bible Students after Russell died. Armstrongism has a particular bias too. They believe that the British are descendants of the supposed lost tribes of Israel. Crazy! It is the original form of the British-born myth of Zionism. It just won’t die. Now, they are beating the war drums for the Anglo-American beast.

Anyway, The Trumpet is peddling the same nonsense as evangelicals have for years; namely, that Gog symbolizes Russia, for the reason that some translations refer to Gog as “Rosh,” a transliteration of “chieftain,” which some claim (with no basis in reality) is short for Russia.The Trumpet goes a a step further to say that Meshech is Moscow.

In truth, Meshech was a son of Japheth —one of Noah’s three sons. The offspring of Meshech were a real people that lived before the time of Christ. Here is what the Insight into the Scriptures has to say on the topic. The prophecy of Ezekiel uses Meshech and Tubal, along with various other nations that actually existed back then, in a symbolic way. Geographically Meshech and Tubal and other tribes mentioned in Ezekiel were north of Israel. And Gog and his hordes are said to come from the remotest parts of the north. This should put us in mind of the king of the north, who similarly invades the land of the holy mountain of Decoration.

The coalition of nations under Gog of Magog symbolizes the situation that will come about when the eighth king begins to rule the world for the foretold one-hour, at which point the chosen ones will have been given the Kingdom and the nations will find themselves in direct opposition to Christ’s Kingdom. That is what is represented by the attack upon “Israel.”

For certain China and Russia will be among the kingdoms that are made subservient to the last king, but we should not expect the Russia/China alliance to ascend to world domination. The reason being, the last kingdom is a descendant of the beast of Rome. That excludes both Russia and China. It is the two-horned beast —the Anglo-American beast —that will give life to the image of the beast, also known as the eighth king.

However, that being said, we may expect that Russia and China will be included among the tyrants of the nations whom Jehovah will employ to bring down America to commence the judgment.

As I said, I couldn’t manage to watch the whole presentation, so I am not sure why the presenter referred to Putin as the king of the east. The prophecy regarding Gog foretells he will come from the “remotest parts of the north” —not the east. But if they are referring to the expression in Revelation of the kings from the rising of the sun (east) and implying that is Vladimir Putin, that is nonsense. The kings from the rising of the sun are the sons of the Kingdom. Their Kingdom will be as glorious and unstoppable as the sunrise.

By the way, China has a long history of being invaded —Russia too, for that matter. The Chinese were victimized by the British opium runners in the 19th century. They were invaded by the Japanese in WWII and suffered horrible atrocities. And they were sold out by Truman to the communists after the war and subjected to one of the most appalling genocides in recorded history during Mao’s reign. And now China is being bullied and demonized as a would-be enemy of America, when it is the US —now fully committed to carrying out British imperial policy —that has ringed Russia and China with an Arc of Crisis —deliberately destabilized countries, like Afghanistan —and dozens of military bases and missile shields. Both Russia and China are fully aware that the US intends to launch an unprovoked first strike nuclear attack. In response they are preparing for war. That is the unvarnished truth. 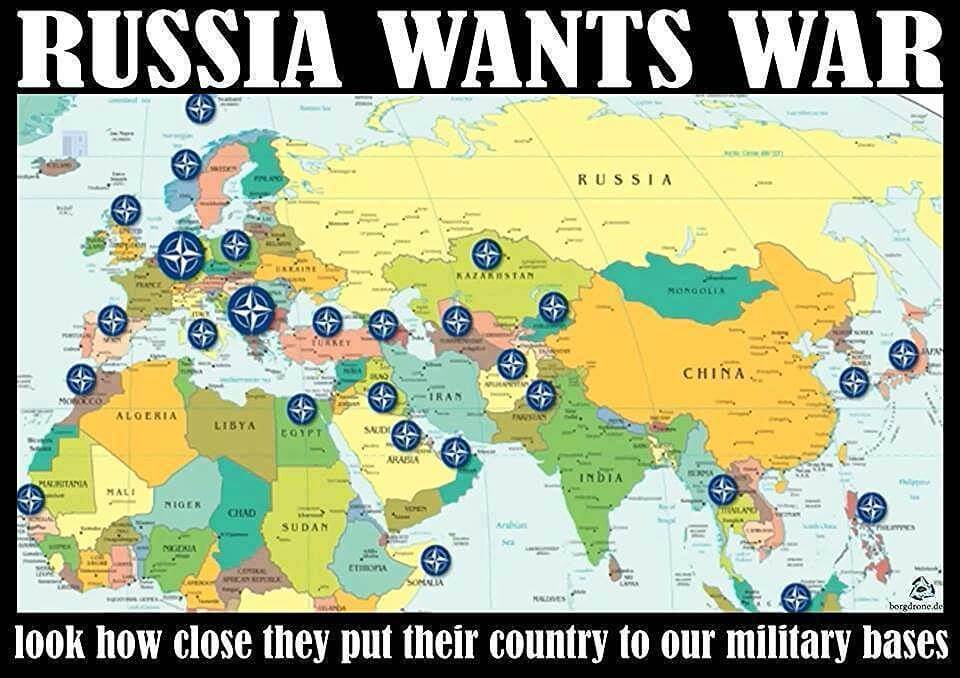