How will Jehovah’s Witnesses come under attack?

How will Jehovah’s Witnesses come under attack?

QUESTION: Under what scenario will Jehovah’s Witnesses come under attack from the Eighth King? The Watchtower is not a threat, is it? Feel free to speculate. I know it will happen because Jehovah said that is how it will go down. In any event, we will have to wait and see.

ANSWER: As all of Jehovah’s Witnesses know there is an ongoing spiritual war that has spanned the entire history of mankind – sometimes called a universal war because the primary warring factions are not of this earth.

Back in Eden Jehovah foretold that there would be enmity between the seed of the woman and the serpent and his seed. That enmity is reflected in the many physical wars that afflicted Israel and Judah in Bible times. Ultimately, the earthly agents of the serpent killed Christ himself. But the animosity is due to come to a full boil when the seed of the woman is given his kingdom, for that will mark the beginning of the end of Satan’s kingdom.

The 12th chapter of Revelation reveals that warfare erupts in heaven between the Devil and his angels and Michael and his angels – Michael the archangel being Jesus Christ. The result of that battle in the heavenly realm is that Satan and his demons are evicted from Jehovah’s heaven and confined to the vicinity of the earth, causing untold woe for the world. Ultimately, though, Satan directs his wrath against the remaining ones of the woman’s seed – the kingdom heirs.

The 13th chapter of Revelation reveals that Satan will use his earthly political apparatus to carry out the attack after it has recovered from its so-called sword-stroke to the head of the beast – the head wound occurring nearly simultaneous with the demons being ousted from heaven.

So, that is the scenario in which the Watchtower Society will come under attack. It will originate from the enraged Devil who will be intent on crushing those who have the work of bearing witness to Jesus and who keep the commandments of God.

Jehovah’s Witnesses, of course, believe this has already taken place. But an honest consideration of the facts indicates otherwise. For example, the Watchtower teaches that the League of Nations was the image of the beast and the eighth king, this in spite of the fact that it had no real ruling power and the United States was not even a member of the League. But those inconvenient facts notwithstanding, the Bible states that those who worship the image are doomed to eternal death because they will have rejected Christ’s kingdom. The Watchtower actually teaches that people have already received the 666 mark of the beast since the time the League of Nations was created. This is simply absurd and nonsensical and cannot possibly be true. (See article: Jehovah’s Witnesses and the Mark of the Beast)

But as for the Watchtower Society not being perceived as a threat, think again. 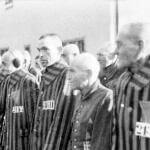 Back during the Second World War Jehovah’s Witnesses came to be maligned as enemies of the state, no matter what national government they lived under. The Nazis persecuted them as being an American religion. Americans and Britons persecuted them for being Nazi sympathizers, simply because Jehovah’s Witnesses refused to take up arms and kill people. And during the First World War the Society came under the accusation of subversion for undermining the war hysteria.

Undoubtedly the transition from nation sovereignties to world government will be a tumultuous ordeal involving many horrors. So, in a wartime condition, as will surely be the case when the beast receives the death stroke and revives, Jehovah’s Witnesses will once again likely be targeted as enemies of the state for endeavoring to obey God as ruler.

Also, we may expect that the long-in-coming (but inevitable) financial collapse of the Dollar-Euro system will bring about the conditions of martial law. Martial law is when the military takes over governing from the civil authorities.

Already there is a detectable simmering hatred of Jehovah’s Witnesses. The growing number of ex-Jehovah’s Witnesses, and the many more who are destined to be stumbled in the near future when the system blows apart, may very well play a role in the takedown of the Watchtower.

Jehovah’s Witnesses are accused of being a dangerous cult and a threat to society, responsible for breaking up families and being homophobic, and a whole litany of other accusations.  During the fog of war and panic that will engulf the world Jesus’ words are certain to find fulfillment among Jehovah’s Witnesses: “Moreover, you will be delivered up even by parents and brothers and relatives and friends, and they will put some of you to death; and you will be objects of hatred by all people because of my name.”

It should be noted that while the Watchtower has long-anticipated coming under extreme persecution as an immediate prelude to Jehovah’s intervention at Armageddon (in fulfillment of the prophecy of Gog of Magog) that is not what immediately confronts us.

The prophecy regarding the attack of Gog, found in Ezekiel 38-39, is situated in the prophetic timeline as coming about after God uses the antitypical Chaldean to chastise his erring nation and after God restores his chastened people to his favor and brings about the creation of an Edenic spiritual paradise. But first must come that which corresponds to the destruction of Jerusalem by Babylon and later by Rome.

So, there are really two phases of the coming attack. The first phase will be an expression of God’s anger and will accomplish the harvest. Once the separation has taken place then God seals the chosen ones and grants them full membership in the heavenly kingdom. At that point God will have set matters straight and the full number of “Israel” will have been achieved. The attack of Gog comes upon those who will then have God’s unreserved favor, which will bring about a more or less instantaneous destruction of Satan’s world.

Where will the Watchtower Society be then? It will not exist.