My question is regarding a verse in the book of Revelation. It is Revelation 17:10: How is it that the seventh king is said to “remain a little while,” yet the Anglo-American world power has been around for a while, hasn’t it? Or was there an interruption between the 6th and 7th kings domination (Rome being the 6th “the one who is”) in other words they didn’t rule consecutively? I kindly appreciate your words on the matter.

Here is the verse in context, which reads as follows: “This calls for a mind that has wisdom: The seven heads mean seven mountains, where the woman sits on top. And there are seven kings: Five have fallen, one is, and the other has not yet arrived; but when he does arrive, he must remain a short while. And the wild beast that was but is not, it is also an eighth king, but it springs from the seven, and it goes off into destruction.”

The over-all context of this portion of Revelation has to do with the “woman” who “sits on top” of the seven mountains. Those seven mountains represent seven empires that have existed in an unbroken succession from before the time of Christ — going back to Egypt, Assyria, Babylon, Persia and Greece. Those were the five that had already fallen by the first century. The king that the angel spoke of in the present tense when he said “one is,” was, as you know, the Roman Empire.

But before proceeding, we must first come to understand (“this calls for a mind that has wisdom”) that empires are not necessarily a single nation. In fact, the nature of empires is that they are supranational — ruling over individual nations and peoples.

For example, the Babylonian Empire ruled over many national groups. That is evident from the account that relates the setting up of the golden image on the plains of Dura, which states: “So when all the peoples heard the sound of the horn, pipe, zither, triangular harp, stringed instrument, and all the other musical instruments, all the peoples, nations, and language groups fell down and worshipped the image of gold that King Nebuchadnezzar had set up.”

As regards Rome, historians refer to the fall of the Roman Empire as taking place during the 5th century. (The Eastern Empire in Byzantium, now Constantinople, continued to rule for many centuries)

But that leaves a considerable gap of approximately 1,400 years until the British Empire became the dominate world power. However, empires have a way of morphing into other forms, as the British Empire has done over the course of its existence. So too, the Roman Empire.

Although the emperor of Rome was unseated in 475 CE., the popes of Rome retained power and perpetuated the system. And that meant the feudal system. That is evident from the fact that in the year 800 Pope Leo III crowned the Frankish King, Charlemagne, Emperor of the new Holy Roman Empire. So, it appears that the woman remained sitting on top even after Rome was sacked. And it was the Holy Roman Empire empire that ruled Western Europe until Napoleon wrecked Europe in the beginning of the 19th century, which paved the way for the ascendency of the British Empire. It ought to be noted that King Henry VIII’s break with the Catholic Church was a turning point from which the English gradually began to accumulate power and become dominate.

At any rate, although the United States was eventually dragged into the First World War on the side of Britain and France, the Anglo-American alliance really did not come into existence until the Second World War. That is when the so-called Special Relationship was formed. Most likely from Jehovah’s standpoint that is when the 7th king arrived on the scene. So, in that sense it has only been “a little while,” especially in comparison to the centuries-long reigns of previous empires.

Of note, the seventh chapter of Daniel only portrays a single beast in succession from Greece — the unusually strong beast with iron teeth and 10 horns, with an 11th horn that comes up in the end — no doubt the 8th king. Whereas, Revelation reveals a seventh and eighth king. (Daniel does not include the first two, Egypt and Assyria.) That reflects the fact that the British system is merely a form of the original Roman Empire.

As regards the transformation of the British Empire, textbook versions of history regard the British Empire as a relic of the past. That is because they only consider the formal, colonial empire. But the empire of The City of London (PDF) has always existed outside the boundaries of nations – including the United Kingdom. 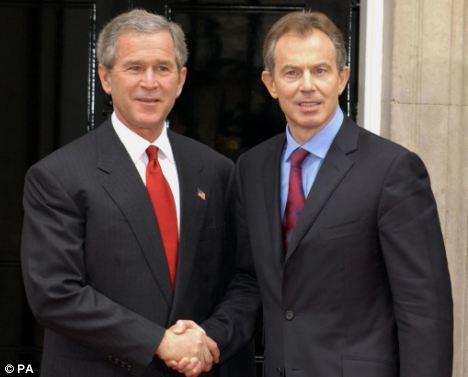 Going back to the establishment of the Federal Reserve in 1913, which is a privately owned central bank and only ostensibly part of the US Federal government, the financier oligarchy associated with the British Empire of yesteryear was able to gain control of the US monetary system.

Particularly since the gold standard was abolished in 1973 the City of London has used money to acquire power over virtually all the nations, since the value of the currency of sovereign nations is actually controlled by speculators. The City of London is the hub of the three-trillion dollar per day global financial turnover. (Wall Street is merely an extension of the City of London)

Of particular importance, since the beginning of 2015 the BRICS had confidently announced they were moving to set up a few monetary system, and an Asian infrastructure bank to rival the Anglo-American IMF and World Bank. Since then, though, Russia has come under attack. China has experienced two massive industrial explosions and its stock market has been hit with massive short-selling. South Africa and Brazil (Especially Brazil) — the “S” and the “B” of the BRICS acronym — have had their currencies come under attack. Is India next?