What about the “false prophet” of Revelation?

What about the “false prophet” of Revelation?

QUESTION: How are we to understand the identity of the false prophet, recorded at Rev 16:13?

ANSWER: The Watchtower identifies the false prophet as the same entity as represented in the 13th chapter of Revelation as the two-horned beast that rises up from the earth and begins speaking as a dragon.

This seems to be the correct interpretation. However, we may be certain that the “false prophet” has not come on the scene yet.

As readers of this site are probably aware, the Watchtower is the source of a “deluding influence” and what the apostle Peter referred to as an ‘artfully contrived false story’ regarding the presence of Christ commencing in 1914.

An integral part of the Watchtower’s elaborate, kingdom-came mythology has to do with the mortally wounded head of the beast and its supposed miraculous recovery back during the First World War. The reason the Watchtower is compelled to concoct a plausible scenario regarding the apparent fatal head wound of the beast is because Revelation reveals that the ostensible mortal blow is synchronous with the overthrow of Satan and his demons, which occurs when the Kingdom comes to power. It’s complicated.

Although the Watchtower teaches that the Anglo-American duo is what is represented by the seventh head of the beast, which is most assuredly correct, Bethel is apparently unaware of the fact that Britain and the United States were victorious in the Great War. And there is nothing in history that indicates that either nation collapsed any time since then, which is surely what is symbolized by the seemingly mortally wounded head. In spite of that inconvenient truth, supposedly in the aftermath of the demise of the Anglo-American kingdom, the recuperated head of the beast commanded that an image be made of the seven-headed beast and that all persons must worship the image.

Not only was the League an impotent institution, the United States was not even a member. But, again, despite these persistent facts the image itself also supposedly crashed and momentarily went out of existence, only to emerge from the abyss in the form of the United Nations. To this day the Watchtower boasts of its insight in being able to divine the return of the League in some form even during the height of the Second World War. (June 15, 2012 WT paragraph 6 also Sept. 14, 2010 WT)

Even after 70 years the deluding influence is so powerful it is simply beyond the ability of Jehovah’s Witnesses to conceive of the possibility that the Watchtower could be in error. This sort of blindness is made all the more glaring at this point in time as the London/Wall Street, Trans-Atlantic political and financial system teeters on the precipice of the abyss.

But what about the false prophet?

Seeing that the dragon is the source of the frog-like expressions and the beast with two horns also begins speaking as a dragon, it appears to confirm that the two-horned beast is the false prophet.

Also, the seventh chapter of Daniel depicts the unusually fierce beast with 10 horns, but an 11th horn emerges and it too has a mouth speaking arrogantly.

It should be noted that the two-horned beast rises from the earth, which symbolizes its return from the grave —which is portrayed in the 17th chapter as the scarlet beast emerging from the abyss.

While the governments of Satan’s world have always practiced the dark art of propagandizing, what is presented in Revelation is more than that. We may expect the Anglo-American beast to recover from collapse only to become a totalitarian  tyrant. And after the masses have been subjected to trauma, then they will be even more conditioned to obey the beast.

This is what is also symbolized in the 13th chapter of Revelation when the recuperated head of the beast is “given a mouth speaking great things and blasphemies, and it was given authority to act for 42 months. And it opened its mouth in blasphemies against God to blaspheme his name and his dwelling place, even those residing in heaven.”

Again, seeing that the beast is “given a mouth” only after its miraculous recovery, and it is that mouth that will speak great things and blasphemies, it appears that the post-crash Anglo-American beast will function as the earthly mouthpiece of the Devil —his false prophet. And that false prophet will lead the nations into a cosmocidal war with God and Christ. 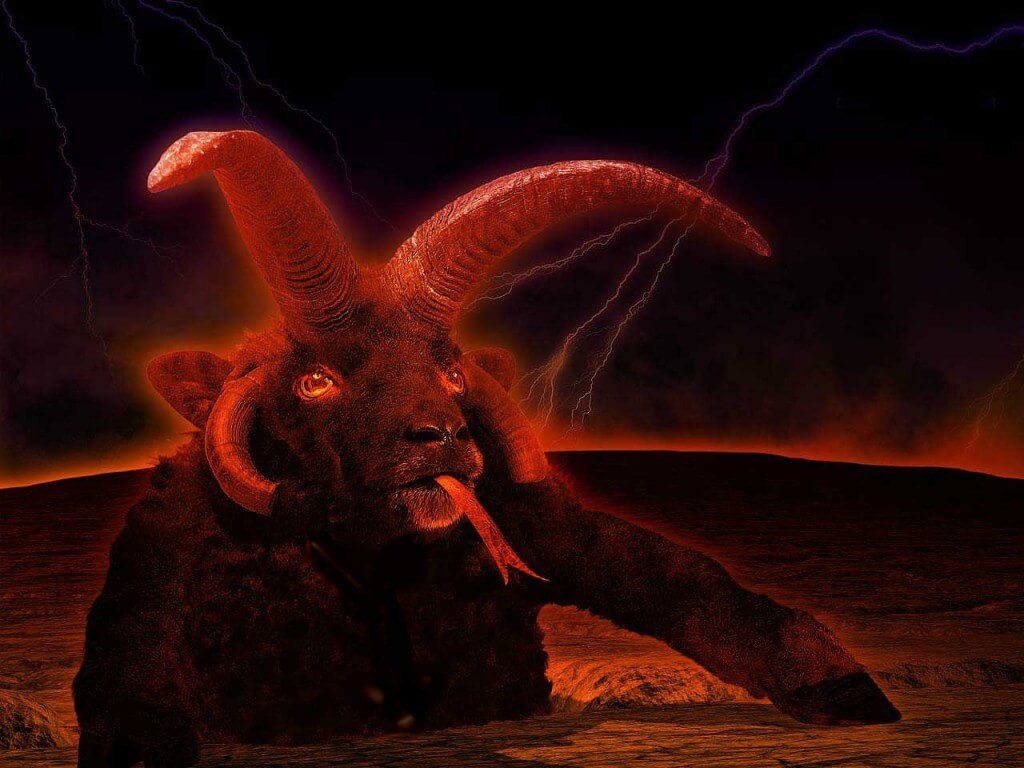