QUESTION: Is it true that the viruses such as AIDS, EBOLA are genetically modified and created in labs to cull the population by CIA and US defense? Are these to be included as one of the many schemes of the King of North?

ANSWER: There is no question that over recent decades numerous nations have devoted considerable resources to developing biological warfare capabilities. I have not researched it very deeply as it seems to be a commonly accepted fact that the USA, Russia and China, and probably other nations too, have weaponized various pathogens such as anthrax, bubonic plague and Ebola. (HIV doesn’t seem like a very viable weapon since it is easily avoided and can take years to develop into AIDS.)

Biological agents, though, are merely part of the arsenal of weapons of mass destruction that include nuclear and chemical agents. Of course, there are variously agreed international conventions that such weapons will never be used. But agreements have a tendency to quickly dissolve during times of war.

In the instance of the recent Ebola outbreak, personally I doubt that the virus was intentionally released. If it was it may have been a diabolic field test. However, there is no question that it has always been the policy of certain dark powers associated with the City of London to depopulate Africa and prevent it from developing. (EIR – End Famine Depopulation Agenda)

Thus, I think the lack of aid sent to the Western African nations was deliberate and intended to let nature take its course in culling the African population. For example, tiny, little, impoverished Cuba sent several hundred doctors to Africa to assist, far more than the wealthy nations. 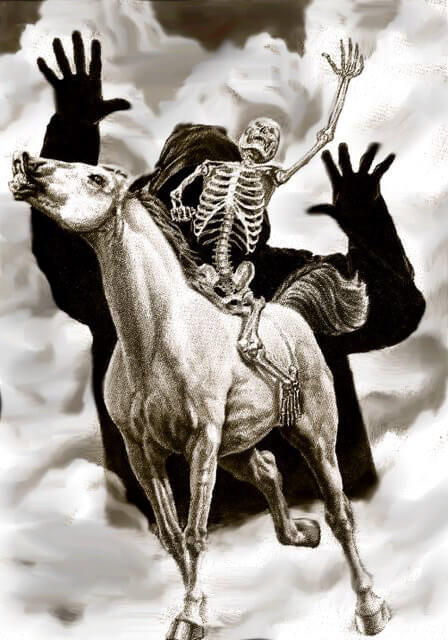 It is worth noting that war, pestilence, famine and accompanying death are symbolized in Revelation as riders of variously colored horses. But why horsemen? Well, consider the fact that wars are not naturally occurring phenomena. They are planned and waged by humans. Also, the British Empire has a long history of using famine to wipe out large populations.

For example, back in the 1870’s when most of the sub-continent of India was ruled over by the British there was a drought produced by an El Nino effect that greatly diminished the vital monsoon rains. However, it should not have resulted in the deaths of millions of Indians, as it most surely did, for the reason that the newly-created railroads could have brought food to the famished. But instead, the British used the rail lines to export food to port for profit, leaving the natives to starve. This was a deliberate policy of genocide.

The point is, while food shortages can be a result of phenomenon beyond human control, natural disasters can also be exploited by evil men as a weapon to deprive masses of people of life’s necessities.

In view of the fact that biological weapons exist and depopulation is the longstanding, satanic policy of the Empire, it seems reasonable that the reason the Apocalypse depicts war, famine and pestilence as horsemen, 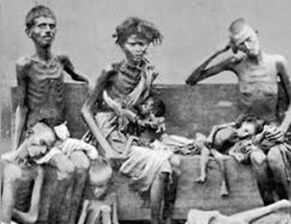 is because the coming pestilence associated with the revealing of Christ will be a deliberate act. This is in contrast to the Spanish Influenza pandemic of 1918, which, while no doubt indirectly attributable to the ravages of war due to the filth of millions of corpses rotting in the battlefields serving as massive petrie dishes of death, was probably not the result of a deliberate act of humans – Satan, perhaps, as part of his powerful works and deceptive lying signs, but that is another topic.

To emphasize the point, the pestilence that will fulfill the words of Christ will evidently be directly attributable to wicked men; hence, the horseman of Death.

Interestingly, while men have created various means to kill off large populations with biological agents, they have also developed vaccines and antidotes for the very same weaponry. Hence, it may be that during the coming holocaust certain pestilences will be released and then the powers-that-be will offer the antidote – at a price. This could be one of the means the Devil might use to try to terrorize Jehovah’s people into receiving the mark of doom.

At any rate, whatever means at his disposal he chooses to use, ultimately the king of the north is destined to go on a genocidal rampage, or as the scripture says: “But reports out of the east and out of the north will disturb him, and he will go out in a great rage to annihilate and to devote many to destruction.”

Jehovah, though, is our salvation. During the terror he will provide a place of refuge for the faithful. It is most noteworthy that the 91st Psalm refers to the coming pestilence, saying:

“You will not fear the terrors of the night,

Nor the arrow that flies by day,

Nor the pestilence that stalks in the gloom,

Nor the destruction that ravages at midday.

A thousand will fall at your side

And ten thousand at your right hand,

But to you it will not come near.

You will only see it with your eyes

As you witness the punishment of the wicked.

Because you said: ‘Jehovah is my refuge,’

You have made the Most High your dwelling;

No disaster will befall you,

And no plague will come near your tent.

For he will give his angels a command concerning you,

To guard you in all your ways.

They will carry you on their hands,

So that you may not strike your foot against a stone.” 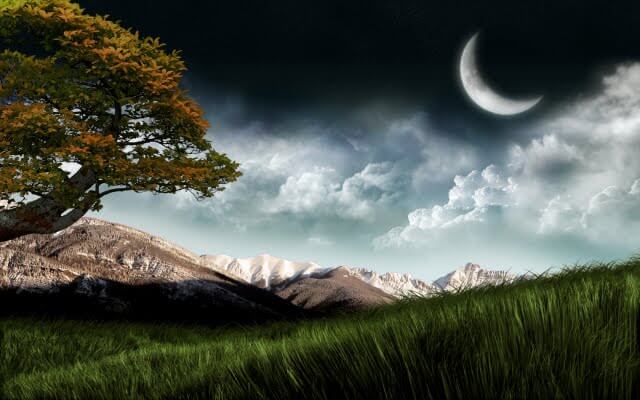