Is the Earth Flat or Round?

Is the Earth Flat or Round?

QUESTION: Just wanted to ask your opinion on the flat earth movement circulating the internet. If the Bible supports such a claim that we live in a “terrarium” made by Jehovah’s hand through his son. Reason I’m considering it is because if the earth was flat and the sun and moon and stars revolve around the earth. Then there would be no question of a creator, which would be exactly what the elite would want to hide from the masses to promote there ” evolution ” doctrine and to further push Jehovah out of peoples lives. Hope to hear a response from you.

The “elite” certainly do have an agenda. Their demonic agenda is to make us stupid, because dumb brutes are much easier to herd than educated people. Their agenda is a war against the human mind and spirit.

There are many weapons in their arsenal —probably none more mind-numbing than the insipid and degrading programming that oozes out of the television. And now with everyone wired into the Internet, YouTube has become an inexpensive and inexhaustible outlet for some of the stupidest people on the planet to express their “ideas.” Some of the most pernicious being the flat-earthers, who would have us believe that modern science is an elaborate hoax —that the entire NASA project that culminated with the Apollo moon landing was nothing more than a Hollywood stunt. 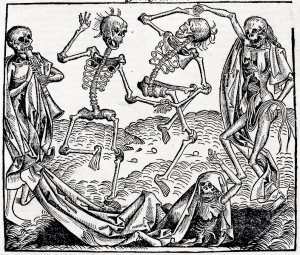 The ruling powers of Europe have had an anti-science policy in place since the Renaissance made science and art and classical music available to the minds of the common man. The Renaissance was necessary because Europe, which had become the keeper of the Holy Scriptures and the Christian tradition, such as it was, was mired in clergy-imposed backwardness, superstition and illiteracy. That civilization inevitably brought upon itself a literal sickness born from the cultural decay of the appropriately named Dark Ages and was nearly wiped out by wave after wave of the bubonic plague —the so-called Black Death, which ravaged Europe and the Middles East in the 14th century. Some places in Europe lost half of their population.

But the Black Death was a contributing factor in the renewal —the cultural Renaissance. And Christopher Columbus was a Renaissance man. His voyage was not the merely that of an individual, but was a deliberate act of exploration and discovery based upon the scientific facts that were available then. It was a project not unlike the Apollo moon landing.

Prior to Columbus Italian merchants traded with the Chinese and Indians. They could travel overland via the Silk Road, or they could sail around the entire continent of Africa and up the eastern coastline of the Indian Ocean —never losing sight of land for fear of sailing off the edge of the earth.

But Columbus knew the earth was not flat. He was determined to prove it by sailing west in order to go east. While he did not circumnavigate the globe —that was left to his explorer successor, Ferdinand Magellan —neither did the Niña, Pinta and Santa Maria go over the edge of the world, as superstitious sailors feared.

That one can go east by going west is confirmed on a daily basis by a very commonplace activity —air travel. For example, every year millions of people board aircraft and fly around the world. It is common knowledge that a traveler, say in London, can fly east over the continents of Europe and Asia and arrive in Tokyo. However, a traveler in the United States can arrive at that same destination in Japan by flying west across the vast Pacific Ocean. Perhaps the flat-earthers believe that millions of travelers and airline pilots and attendants are all part of a vast conspiracy to make you believe the earth is round.

But use your mind and think, if the earth were flat there would be no seasons. It is because the earth is a sphere tilted 23 degrees on its axis that the angle of the sun changes slightly from day-to-day on a 365 day cycle around the sun – otherwise known as a year.

If the earth were flat and did not rotate there would be no such thing as hurricanes and cyclones, since it is the rotation of the earth that causes the air mass to spin. The fact that hurricanes and cyclones spin in opposite directions (as does water going down the drain) in the northern and southern hemispheres also proves that the earth is round and spins like a child’s toy top. Here, check out this YouTube video. (Thankfully all YouTubers are not morons.) 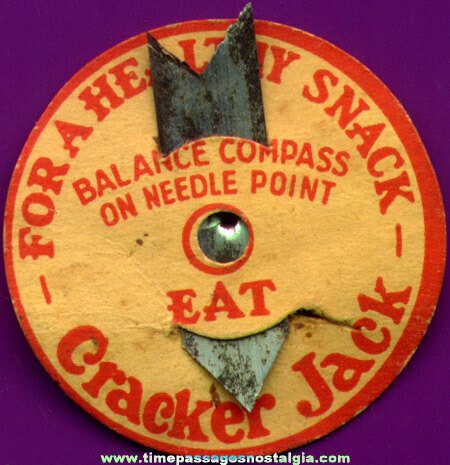 If the earth were flat a compass would not work. In fact, there would be no such thing as north. But compasses do work. Check it out for yourself, buy a box of Cracker Jacks and even a child’s compass will unfailingly point north. Why? Because the Earth’s iron core generates a magnetic field and all magnets have two opposite poles. The north pole is always north no matter where you are.

You can also do a bit of personal investigation. Since we all have Internet and can communicate with people on the other side of the world, why not make an effort to find someone who lives in the opposite hemispheres as yourself. If you live in America, for instance, why not find someone in Australia to help you perform an experiment. Perhaps set up a predetermined time to chat with them online. If it is morning in America ask your messaging partner what time it is where they are. No doubt they will confirm that it is evening. Obviously, a flat earth could not experience light and dark simultaneously.

If you don’t trust them and fear they may be trying to trick you into believing the earth is round you probably cannot be helped.