How can Babylon the Great be related to the king of the North?

How can Babylon the Great be related to the king of the North?

QUESTION:  In your book Jehovah Himself Has Become King, in the chapter on Revelation, you wrote: “Contrary to presently prevailing assumptions, Jehovah’s Witnesses have not gotten out of Babylon the Great. That is because Jehovah’s Witnesses have not even gone into exile yet! Babylon the Great is yet to conquer Jehovah’s people. That will come about as a result of the king of the north moving into the land of the Decoration. Just as when Nebuchadnezzar’s armies sacked Jerusalem’s holy temple and dragged the Jews off into exile, it will seem as if Jehovah God is inferior to the gods of the nations that support the eighth king, which is what the king of the north eventually becomes during the time of the end.”

Revelation, however, does not depict Babylon the Great as an INVADER but as a HARLOT (that is, religious harlot). It is true that Babylon played the role of an INVADER during Nebuchadnezzar’s reign, but that does not seem to be the case in Revelation. Revelation draws its symbolism from what Babylon was as a BABEL of doctrines/devilish practices. It is the mother of harlots (Rev 17:5).

Therefore, I think the Society’s interpretation regarding the command to “get out of her, my people” is not without basis. I mean, even if it is in the future, God commands those who ultimately make up his people, to get out of Babylon if they wish to be saved. I hope you understand my question. If you think I’m wrong, please explain. 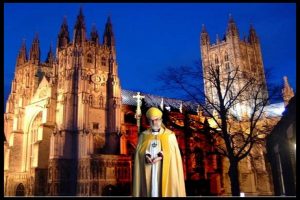 Note: Sorry for the poor sound quality. I am not in my usual studio.