Why is e-Watchman’s voice not more prominent?

Why is e-Watchman’s voice not more prominent?

This is part two of a series of three. Click here for part one.

2) If Jehovah has chosen to use you in speaking out to warn the WT, (which I’m not denying is plausible), but based on your expressed frustrations of attempting and failing to gain a louder or more impactful platform to be heard, why has He not made you more visible and seen?  I hate asking this latter question because I don’t want you to take it personal or offensive, but i have to express it because this is how I was inculcated to think.  So i need to judiciously conclude my reasoning based on facts.

As you know, the Watchtower has sponsored a very extensive teaching and training program. Elders and ministerial servants are regularly trained in a special school. Circuit overseer’s and district overseers and zone overseers are trained. There is a pioneer school and Gilead – an extensive training program for missionaries. And the Theocratic Ministry School and Service Meeting, which provide training for everyone who wishes to engage in a public ministry and this translates down to the home Bible study for interested individuals who wish to learn about the Bible. But in all of this there is no training for prophets. How could there be?

It should be evident that if Jehovah were to use someone in the capacity of a prophet or watchman, they would be entirely on their own.

However, in keeping with the scriptural pattern they would have to promote the worship of Jehovah and speak the same language, spiritually. Unlike the assignment God gave to Jonah to go to the Assyrians, Jehovah spoke to Ezekiel saying: “Son of man, go, enter in among the house of Israel, and you must speak with my words to them. For it is not to a people who are unintelligible in language or heavy of tongue that you are being sent—to the house of Israel, not to numerous peoples unintelligible in language or heavy in tongue, whose words you cannot hear

[understandingly]. If it was to them that I had sent you, those very ones would listen to you.”

So, in that respect I speak the same “theocratic language” as the leadership of Jehovah’s Witnesses. Keep in mind all of the Hebrew prophets were, well…Hebrews. The point being: Jehovah raised up men from within —from among his people —to deliver his messages. And some of them were also priests, such as Ezekiel and Jeremiah.

I venture to say that the reason my message is not received is not because it is unintelligible. Nor is it rejected because it is outlandish or even unscriptural. It is ignored because Jehovah’s Witnesses don’t want to hear it.

Of course, the Watchtower claims that all of the anointed comprise a so-called watchman class. But there is no scriptural basis for that view. They have even gone so far as to coin such terms as the “Ezekiel class” and the “Jeremiah class,” etc., implying, or rather – asserting, that there are no individuals whom Jehovah might use – only a collective. (Admittedly, these terms seem to have been phased out in recent decades —along with a deeper consideration of prophecy itself.) And yet, all of the Hebrew prophets were individuals, obviously. And primarily they issued Jehovah’s messages to the leadership – to the priests, prophets, princes and kings.

Take Jeremiah for example. The 19th chapter relates Jehovah’s command to the prophet: “Go, and you must get an earthenware flask of a potter and some of the older men of the people and some of the older men of the priests. And you must go out to the valley of the son of Hinnom, which is at the entrance of the Gate of the Potsherds. And there you must proclaim the words that I shall speak to you. And you must say, ‘Hear the word of Jehovah, O you kings of Judah and you inhabitants of Jerusalem. This is what Jehovah of armies, the God of Israel, has said: ‘Here I am bringing a calamity upon this place, of which when anyone hears, his ears will tingle…’” 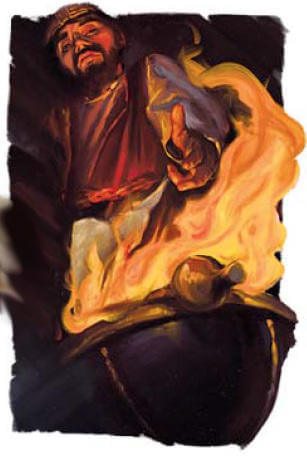 Although Jeremiah was told to address the kings and inhabitants of Jerusalem, only a representative few of the older men and priests were brought out to the edge of the city’s precipice to actually hear the prophet’s message.

In this I have tried to follow the pattern of Jeremiah in going directly to the older men and the “priests.” In 2004 I undertook a direct mailing campaign to every kingdom hall in the United States, Canada, Great Britain, Australia and New Zealand, informing them of the implications of the Watchtower’s involvement with the United Nations. (Click here for Open Letter to Jehovah’s Witnesses)

Since then I have published numerous open letters, which I have renamed “bulletins.” (The Watchtower avoids using the term “bulletin” or even “bulletin board” due to the religious connotation, the term apparently being derived from the issuance of so-called papal bulls back in the Dark Ages.) Virtually every bulletin is also published directly to a specific region of kingdom halls and sometimes branch offices, assembly halls and, of course, Bethel, Patterson and Wallkill.

When Jehovah Himself Has Become King was published (2005 and 2010) I distributed individual copies to all members of the Governing Body, department heads and to English branches. Also, every kingdom hall in the Detroit metro area received a copy. I have also distributed several self-published brochures based upon the prophecies of Zechariah and Joel. And more recently over 1,000 elders and all members of the GB and Bethel heads received Kingdom Bulletin #9 as an electronic message. And it is as if they too have put my message into the fire – perhaps in some instances literally!

Since Jehovah’s judgments are primarily directed to those who sit in the seat of authority, and especially those who claim to be a prophet-class, it is appropriate for Jehovah’s message to be directed to them specifically. 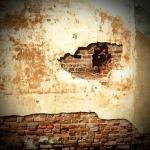 Surely that description aptly fits the Governing Body of Jehovah’s Witnesses; although they may not personally have fabricated the Watchtower’s elaborate prophetic exegesis, they certainly promote and reinforce it.

So, again, I have followed the pattern and “prophesied” against the “prophets” of Bethel, such as in this open letter entitled: The Wall Must Fall.

While there has been no detectable response on their part to my series of messages over this past decade—their muteness being their response —from my standpoint I am satisfied that the leaders of the Christian Congregation of Jehovah’s Witnesses have gotten the message, such as it is. Surely they cannot plead ignorance.

Be that as it may, I do not consider my work to have been accomplished. On the contrary, it may just be beginning. How so?

Early in Ezekiel’s ministry as an appointed watchman in the third chapter God said to him: “Come, be shut up inside your house. And you, O son of man, look! they will certainly put cords upon you and bind you with them so that you cannot go forth into the midst of them. And your very tongue I will make stick to the roof of your mouth, and you will certainly become mute, and you will not become to them a man administering reproof, because they are a rebellious house.”

In that very same third chapter God had already appointed Ezekiel as a watchman to the house of Israel, but then he indicated to Ezekiel that he would become as good as mute. In other words, he would be marginalized; his message would be ignored and nullified by those who did not wish to hear it. And I certainly can relate. Due to having been expelled from the congregation for having dared to call the Watchtower to account for its unfaithfulness to God, it is as though I have been shut up in my own house, confined to the Internet —bound by their strictures and prevented from interacting among Jehovah’s Witnesses as before. So, while I personally may wish to have a louder voice it is not permitted at this point by the very prophecies I espouse!

But there is another aspect to prophecy to take into consideration, and that is the fact that not only did the prophets of antiquity foretell the things to come in their day and far beyond, but some of them were on hand when the things they had foretold began to be fulfilled.

For example, in the 24th chapter of Ezekiel  Jehovah commanded his appointed watchmen to record that very day in his book because it was the day that the king of Babylon began to lay siege to Jerusalem. Then the people came to inquire of Ezekiel. Jeremiah, too, was right in Jerusalem when the siege began and he had a few things to say to the people during that critical time.

Perhaps more pertinent, in the 30th chapter of Isaiah Jehovah spoke to the future, to a time when his people would come under judgment, and under the heat of God’s inspection they would faithlessly seek refuge in Egypt. Jehovah addressed them, saying: “Woe to the stubborn sons.”

He then commanded Isaiah: “Now go, write it on a tablet in their presence, and inscribe it in a book, so that it may serve for a future day as a permanent witness.”

There are those within the organization or perhaps on the periphery, who are aware of the hypocrisy and evils among the leadership of Jehovah’s Witnesses. However, they seek to reform it. They suppose that by their speaking out they might affect some sort of positive change. But reforming the Watchtower has never been my goal. By the light of prophecy I have been able to see far beyond the present – to the end of the matter. And like Isaiah, I too have recorded these things in a book “so that it may serve for a future day as a permanent witness.” – Jehovah Himself Has Become King

The point being, once the judgment begins then the things I have written will suddenly take on greater importance. Until then e-Watchman is easily ignored. And for that matter so is Jehovah. But that will not always be the case.