Watchtower Review – Who is the King of the North?

Watchtower Review – Who is the King of the North?

At the Watchtower’s 2018 Annual Meeting the Governing Body announced that Russia is the king of the north. It wasn’t, however, really much of an adjustment or flash of new light, as Jehovah’s Witnesses are fond of saying.

In the aftermath of the collapse of the sprawling Soviet Union, the seers of Bethel admitted that they did not know who the king of the north was. Now, though, after 30 years of not knowing, the Governing Body has confidently declared Russia to be the missing king of the north. The underlying rationale, is, of course, the fact that Russia has recently banned the work of Jehovah’s Witnesses and liquidated the organization’s property. The May 2020 Watchtower explains.

After giving the two articles a quick read it seems to me that the biggest “adjustment” is moving the fulfillment of Daniel 11:26-28 from the 3rd century CE to the events of WWI. The defeat of Queen Zenobia’s army at the battle of Palmyra is no longer the fulfillment. Instead, it is now the Great War that began in 1914. This is in line with what was published in 2005 in the first edition of Jehovah Himself Has Become King— except for the identities of the two rival kings.

What is most telling of the Watchtower’s “explanation” of Daniel is what is omitted from consideration. For example, verses 42-43 foretell that during the time of the end the king of the north will subjugate “Egypt” and rule over its gold and silver and desirable things.

Amazingly, long ago the Watchtower insightfully identified “Egypt” as a cryptic reference to the king of the south, since the literal nation of Egypt was the original king of the south after the breakup of Alexander’s empire. However, having identified the Anglo-American duo as the king of the south during the Cold War the Watchtower claimed that the Soviets ruled over the economies of the West by forcing them into a treasury-depleting arms race. The reality, of course, was the exact opposite. Under President Reagan, the United States ramped up military spending and it was the USSR that imploded and was bankrupted.

Individuals in the Watchtower surely know I have exposed their folly on this issue. So, what did they do to address it? Nothing. Obviously, they wish to pretend those verses in prophecy do not exist. If they do not exist then you don’t have to explain them.

Sadly, because the population of the West has been gradually dumbed down over successive generations, with the average college grad now being less educated than a typical high schooler from 50-60 years ago, which ironically has everything to do with the policies of the actual king of the north; and the Watchtower has likewise joined in the process of stupefying Jehovah’s Witnesses, speaking to them more and more as masters spoonfeeding the “learners”— infants, incapable of understanding complicated things, for this reason, the Watchtower can publish whatever they want and no one has the intellectual wherewithal to refute it.

The Governing Body is evidently deceived by the flood of propaganda gushing from the mainstream media regarding the supposed machinations of Vladimir Putin and China– deservedly so. Here is what is stated in Study Article 20:

In recent years, Russia and its allies have spread their influence across the globe. They have also engaged with the king of the south in cyber warfare. The kings have accused each other of using destructive computer programs in an effort to damage their economies and political systems.

Apparently the one-eyed seers of Warwick have bought into the massive British effort to demonize Russia and China. It is hard to find anyone in the media or politics who does not dutifully regurgitate the lies that Russia invaded Ukraine and that Putin interfered in the 2016 presidential election by supposedly hacking the Democrats’ computers, which he then handed the files over to Julian Assange to publish on Wikileaks.

One would think that given the high stakes involved— namely, nuclear war— that agencies like the FBI would have investigated the alleged crime of hacking. As it turns out there was no investigation. In fact, the hard drives of the computers involved were destroyed. Why would the opposition party destroy evidence of the alleged crime against them? As it stands, the only source that was allowed to examine the computers was CrowdStrike, which was bought and paid for by Hillary Clinton.

The former director of the NSA revealed the overlooked fact that the massive size of the files involved would rule out hacking. Had the server actually been hacked the NSA would have been able to detect the gigabyte traffic. The evidence points to the fact the files that ended up on Wikileaks were downloaded by an insider, not hacked. Furthermore, the much-maligned Assange himself said forthrightly that he did not receive the documents from Russian hackers.

The fact of the matter is, the British Empire is running a coup against its long-time American nemesis, using embedded agents in the so-called deep state to carry out the designs of the lords of London. Subterfuge, is, after all, the modus operandi of the king of the north.

Of course, the truth has no place in Satan’s world. With the spigot of propaganda open full bore, the truth is simply washed away in the torrent of falsehoods. Certainly, no one in the Watchtower corporation would dare go against the tide of popular lies flooding the world. That would require an act of uncommon courage. How ironic, though, that the Watchtower is at least partially basing their identifying Russia as the king of the north upon the all-pervasive propaganda issuing from the real king of the north! 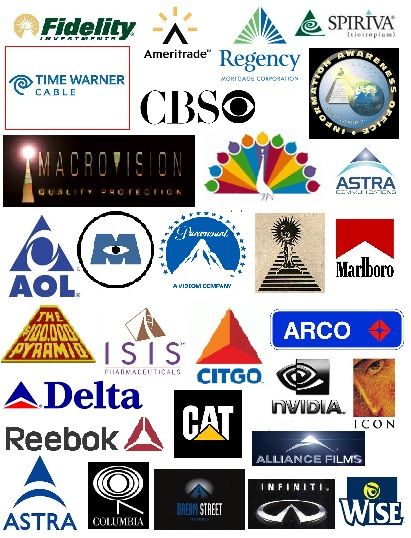 From its beginning, the Watchtower was infiltrated and influenced by British Freemasonry, which is an arm of the British Crown. Drones of the masonic cult are deployed into major institutions as influencers. They are most prevalent in the political, religious, business, media and entertainment fields. The prevalence of masonic influencers— also known as the Illuminati— is why the British Empire has been magically transformed into an irrelevant relic of a bygone era. In reality, the British Empire has metamorphosed into an empire of the mind.

No doubt the masonic masters are the fabricators of the 1914, end-times delusion. The lie that Christ began ruling the world in 1914 is the foundation upon which the Watchtower was built. That faulty foundation is why they cannot comprehend prophecy. When we look to the future for the beginning of the time of the end everything falls neatly into place.

But because the Governing Body will never willingly let go of the 1914 delusion they are compelled to repeat the same nonsense over and over and over again. Thus, for example, the article under review churns out the same drivel that the seventh chapter of Daniel was fulfilled back in 1588 when the Spanish Armada was defeated by the British navy. (See article: The Spanish Armada or World War Three?)

They scribble the same embarrassing poppycock that the two witnesses were killed back in 1918 and that the victorious Anglo-America duo was mortally wounded in the First World War and came back to life.

While nothing in the Watchtower’s new light on the king of the north has any value or validity, we may at least gain a deeper appreciation for Jehovah’s unfathomable foresight, when he long ago issued his judgments against the stupid prophets who reside in the midst of his people.

In conclusion, the last paragraph of the second article states: “Now is the time to build trust in Jehovah and his organization of loyal servants.” Given the fact that after all these years and numerous revisions the Watchtower still cannot get it right, what basis is there to trust the organization? Search the Scriptures from cover to cover, you will not find any exhortation to trust in any human, no matter how loyal they claim to be. How much better to build trust in Jehovah and Christ and leave it at that.