“The wise have been put to shame. They have become terrified and will be caught. Look! They have rejected the word of Jehovah, and what wisdom do they have?” – Jeremiah 8:9

(This article appears in the WT Review section.)

In late Summer of 2015 millions of Jehovah’s Witnesses and interested persons will “study” the July, 2015, Watchtower articles – the first article titled: “Work to Enhance the Spiritual Paradise.”

The title itself betrays a fundamental ignorance about the nature of what Jehovah’s Witnesses term “spiritual paradise.” Nonetheless, attendees of the Watchtower Study will dutifully underline the correct answers and they will raise their hands to make comments supportive of the material, but it is doubtful if any will have even the slightest idea of the error they are made to embrace. Or if any do voice even a hint of reservation they are sure to come inline for correction by the elders who are charged with enforcing Bethel’s fraud.

The concept of spiritual paradise is, indeed, conveyed in prophecy. However, it is not something that can either be enhanced or degraded by mere humans.

The spiritual paradise foretold in the Scriptures comes about by the actions of powerful angels who will weed out and disbar faithless and lawless persons from any further association with those who will then have been gathered into the Kingdom.

That blessed condition will come about during the darkest period in human history. That is the setting for the prophecy in the 35th chapter of Isaiah. For example, here is what Isaiah has stated: “Say to those who are anxious at heart: ‘Be strong. Do not be afraid. Look! Your own God will come with vengeance, God will come with retribution. He will come and save you. At that time the eyes of the blind will be opened, and the ears of the deaf will be unstopped. At that time the lame will leap like the deer, and the tongue of the speechless will shout for joy. For waters will burst forth in the wilderness, and streams in the desert plain.”

Has Jehovah come with vengeance and retribution? Has God caused a grand salvation? Of course not. And the fact that Jehovah’s Witnesses are oblivious to this simple truth indicates they it is they who are blind and deaf and spiritually lame. The bleak, desert-like conditions is intended to portray the deserted condition that is due to befall the newly-named Christian Congregation of Jehovah’s Witnesses.

It should be noted as well, that in the Watchtower article exhorting Jehovah’s Witnesses to enhance their spiritual paradise, not one reference is made to the 35th chapter of Isaiah.

But to emphasize what has been stated repeatedly on this website, spiritual paradise will be characterized by the absolute absence of evil and stupid people of any kind. That hardly describes the congregations of Jehovah’s Witnesses presently, does it? The most fundamental error is, of course, the entire 1914 doctrine. Attached to it is the oft-repeated notion that Jesus inspected all the diverse sects of Christendom and ultimately gave the International Bible Students his unqualified approval. The 7th paragraph makes the unfounded statement:

By 1919, those approved by Jehovah and serving at his spiritual temple were clearly identified. They had been spiritually refined in order to make their service to God even more acceptable to him. (Isa. 4:2, 3; Mal. 3:1-4) What the apostle Paul had foreseen centuries before in a vision began to be fulfilled in a limited way.

Just because God and Christ may have impelled the Bible Students back then to embark on what has become a global evangelical work does not mean that Jehovah’s Witnesses now have God’s unreserved approval.

The Watchtower’s folly is all the more apparent given the fact that now Bethel has come to the point of view previously put forward on e-Watchman; namely, that Christ has not come to distinguish the faithful slave from the evil slaves. His coming to inspect the servants of God’s household is what is portrayed in the 3rd chapter of Malachi, which is why the discomforting question is posed: “But who will endure the day of his coming, and who will be able to stand when he appears? For he will be like the fire of a refiner and like the lye of laundrymen.”

Surely, Jehovah’s Witnesses are in need of refinement. And it is the refining process that qualifies individuals to enter the so-called spiritual paradise.

“Regardless of how long we have been in the truth, we must tell others about Jehovah’s organization. The existence of a spiritual paradise in the midst of a wicked, corrupt, and loveless world is a modern-day miracle!”

The Watchtower’s statement above will likely go unchallenged by the millions of Bible students who read it. Most likely it will never occur to them that the first century Christians stood apart from the corrupt and immoral world that was dominated by the Roman Empire. But by the Watchtower’s own admission in this very article the original Christians were not in any sort of spiritual paradise.

Since that is the case, why is it “a modern-day miracle” that a Christian society exists that is somewhat set apart from the mainstream?

But even given that Jehovah’s Witnesses have distinguished themselves in many ways as being no part of Satan’s worldly system, they are still plagued with many of the evils common in the world. That is evident from the fact that 10’s of thousands of JW’s are disfellowshipped every year for practicing various forms of immorality. And it is also undeniable that the Christian Congregation of Jehovah’s Witnesses is menaced by thousands of pedophiles.

As Paul said of the Corinthians: “Your cause for boasting is not fine.”

While the facts are indisputable – at least for anyone willing to reason upon the Scriptures – that Jehovah’s Witnesses are not presently in spiritual paradise, nevertheless, the leadership of the organization is participating in the fulfillment of an extraordinary prophecy.

“MY PEOPLE DO NOT UNDERSTAND THE JUDGMENT OF JEHOVAH”

In the prophecy of Jeremiah God takes the leaders of his people to task for their dishonesty in concealing his judgments – claiming that all is well, that there is peace with God. This is exactly that the Watchtower has done. Here is what is stated in Jeremiah chapter eight: “Even the stork in the sky knows its seasons; the turtledove and the swift and the thrush keep to the time of their return. But my own people do not understand the judgment of Jehovah. How can you say: ‘We are wise, and we have the law of Jehovah’? For in fact, the lying stylus of the scribes has been used only for falsehood.”

Jehovah’s Witnesses claim to have the “law of Jehovah,” do they not? They boast of being “in the truth” and are following an organization led by a faithful and wise slave. But consider this: For at least the past decade Bethel’s lawyers have quietly taken the position that elders have no obligation to protect children from known sexual predators who lurk in the congregations by the thousands. This in spite of their having the law of Jehovah! 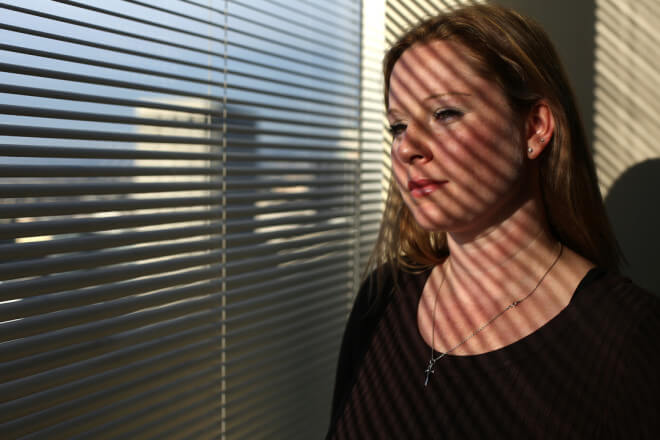 Prior to today’s widespread press coverage of the court of appeal’s ruling in favor of the Watchtower in the Candace Conti case, Bethel’s shocking repudiation of Christianity was not widely known. However, now the Watchtower is on public record in their  denying Jehovah.

While the Governing Body and Legal Department might rejoice that the appeal court has agreed with them, that it supposedly imposes an unreasonable burden upon elders to warn parents that their children may be in grave danger from known sexual predators, Jehovah does not share the court’s opinion. It is a stark example of how God’s “own people do not understand the judgment of Jehovah.”

Bethel employs their “lying stylus” in falsehood, not only in continually reinforcing the 1914 hoax, but in their presumptuously declaring the organization to be very pleasing to God and Christ. The last paragraph unashamedly exclaims:

How pleased Jehovah and Jesus must be when they observe our beautiful spiritual paradise today!

Now consider another excerpt from the 8th chapter of Jeremiah:

“For from the least to the greatest, each one is making dishonest gain; from the prophet to the priest, each one is practicing fraud. And they try to heal the breakdown of the daughter of my people lightly, saying, “There is peace! There is peace!’ When there is no peace. Do they feel ashamed of the detestable things they have done? They feel no shame at all! They do not even know how to feel humiliated! So they will fall among the fallen. When I bring punishment on them they will stumble,’ says Jehovah.”

In their shifting the judgment of the house  of God into obscurity (1918) and their audaciously declaring the organization to be pleasing to Jehovah and Jesus, the leadership of Jehovah’s Witnesses has unwittingly fulfilled the prophecy of Jeremiah – saying, in effect: “There is peace! There is peace.”

How shall Jehovah bring punishment upon them, causing them to stumble?

Even at this very moment the great powers of this world are mobilizing their forces – preparing for what can only be world war – a war that will inevitably involve weapons of mass destruction; yes, nuclear and thermonuclear weapons – a war that Bethel’s priests and prophets have assured Jehovah’s Witnesses will not happen. The Anglo-American war machine is being propelled by the certain knowledge that the London/Wall Street financial system is in its’ last days and in fact has already been surpassed by the emergence of a new Asia-centric system, typified by the AIIB (Asian Infrastructure and Investment Bank) that came into existence last week and is a direct challenge to the IMF/World Bank system that has dominated the nations since the last world war.

The blowout of the present system and the imposition of martial law will sink the Watchtower, forever discrediting it. That’s because the impending global crash will serve as the signal that the authentic presence of Christ has begun. The Refiner will then commence his work! What a shocker that will be for all of Jehovah’s Witnesses, but especially for the leadership. They will indeed be put to shame and become terrified – caught in the trap of their own making. This will be their punishment for employing a false stylus and for denying Jehovah. As Jesus foretold, during that time many will be stumbled and hate and betray one another.

The Watchtower study article entitled: Your Deliverance Is Getting Near will be considered next.

“I paid attention and kept listening, but the way they spoke was not right.

Not a man repented over his wickedness or asked, ‘What have I done?’

Each one keeps returning to the popular course, like a horse dashing into the battle.”

“There was a hope for peace, but nothing good came,

For a time of healing, but there is terror!”