Who were the spirits in prison to whom Jesus “preached”?

Who were the spirits in prison to whom Jesus “preached”?

QUESTION: If there is no conscious awareness after death, how could the “spirits in prison” be preached to by Christ after his death (1Pet 3:18-20) and how could the good news be “declared also to the dead” (1Pet 4:6)? – Stumper questions for Jehovah’s Witnesses, #41

Perhaps a better question to consider is this: If there is some sort of conscious existence after death, why does the Bible plainly say that the dead are unconscious? Here is what the Bible says: “There is hope for whoever is among the living, because a live dog is better off than a dead lion. For the living know that they will die, but the dead know nothing at all, nor do they have any more reward, because all memory of them is forgotten.” —Ecclesiastes 9:4-5 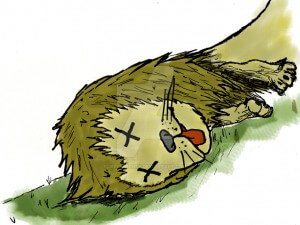 The lion is considered king of the beasts. Yet, a living dog is better off than a dead lion. And why? Because a dead lion is dead. It can’t move, kill, eat, mate – nothing. And the same eventuality befalls all humans.

Contrary to the universal lie that all religions teach, including animists and pagans, death is the opposite of life. It is the cessation of all things associated with life, foremost of which is consciousness. The dead know nothing because they are unconscious. That is why the Bible uses the expression: “sleeping in death.” And that is why there is to be a resurrection of the dead. A resurrection literally means to “stand up,” as if from a prone position as when sleeping.

So, the question really becomes: Does the Bible contradict itself? If not, why does it say Jesus preached to spirits in prison and the good news was declared to the dead?

Starting with the assumption that the Bible is not contradictory the most logical question to consider is: Who were the spirits to whom Jesus preached? And the answer is easily obtainable in scripture. In fact, it is in the very context of the passage the questioner alluded to and probably why he chose to not quote the entire passage. It reads: “For Christ died once for all time for sins, a righteous person for unrighteous ones, in order to lead you to God. He was put to death in the flesh but made alive in the spirit. And in this state he went and preached to the spirits in prison, who had formerly been disobedient when God was patiently waiting in Noah’s day, while the ark was being constructed, in which a few people, that is, eight souls, were carried safely through the water.”

There, the passage reveals that the spirits are angels, not departed humans. Where does it say they were angels? If you go to the NWT and click on the reference for “spirits in prison” it hyperlinks you to Jude, which says straight-out: “And the angels who did not keep their original position but forsook their own proper dwelling place, he has reserved with eternal bonds in dense darkness for the judgment of the great day.”

Peter also wrote of this development in his second letter, saying: “Certainly God did not refrain from punishing the angels who sinned, but threw them into Tartarus, putting them in chains of dense darkness to be reserved for judgment. And he did not refrain from punishing an ancient world, but kept Noah, a preacher of righteousness, safe with seven others when he brought a flood upon a world of ungodly people.”

The “eternal bonds” and “chains” and Tartarus mean the same thing as prison. The angels who came down before the Flood are also referred to as the sons of God in the sixth chapter of Genesis.

The restraint imposed upon the angels who rebelled likely prevents them from materializing again, as they did before the Flood. Apparently when the Deluge began the angels were forced to dissolve their flesh and leave their wives and sons behind to drown in the raging waters. After returning to the spirit dimension Jehovah condemned them as outcasts of his family in heaven. They became Satan’s angels – demons, who are bent on misleading mankind away from the truth, as they await their final fate during the great day.

HOW DID JESUS PREACH TO THE DEMONS?

But in what sense did Jesus preach to those wicked spirits? Since the Lord refused to have any dealings with demons when he was on the earth, telling Satan to “go away” and commanding the demons to be silent when they spoke to him through the human victims they possessed, it is out of the question that Christ had any kind words for the spirits in prison, or any words at all. 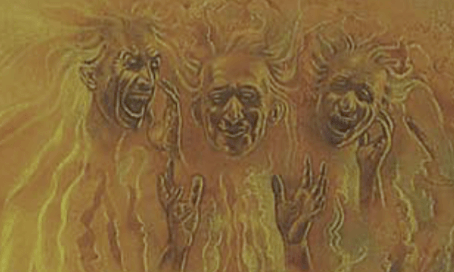 His preaching to them was not in the form of a spoken sermon. As the context makes clear, Jesus was put to death in the flesh but made alive in the spirit. His death was brought about by the demons. But his being made alive was by the power of God and it signified that Christ had accomplished his mission and pleased God. One of the primary reasons Jesus was required not just to die, but to die an excruciating, agonizingly painful death, was to answer Satan’s taunt in connection with Job that no man would give his soul to God, especially if suffering was involved.

Jesus’ death and resurrection sealed Satan’s fate. His angels’ too. The offspring of the woman was faithful and recovered from his heel wound inflicted by the serpent. So, Christ’s very presence in the spirit realm sent the spirits in prison the message, loud and clear: Your doom is sealed!

What about 1 Peter 4:6, which states: “But these people will render an account to the one who is ready to judge those living and those dead. In fact, this is why the good news was declared also to the dead, so that although they are judged in the flesh from the standpoint of men, they might live in harmony with the spirit from God’s standpoint.”

The apostle had described the main characteristics of a world alienated from God. Such persons are dead in God’s sight. Elsewhere the apostles spoke of persons who did not know God as being dead —spiritually dead. For example, Paul wrote to the Ephesians: “Furthermore, God made you alive, though you were dead in your trespasses and sins, in which you at one time walked according to the system of things of this world, according to the ruler of the authority of the air, the spirit that is now at work in the sons of disobedience.” 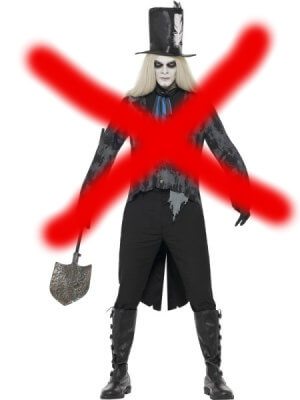 Jesus even used the metaphor when he said: “let the dead bury their dead.” Obviously, Jesus was not alluding to some sort of invasion by zombie gravediggers. He was simply referring to persons who chose not to follow him as being dead.

Also, in the third chapter of Revelation Jesus spoke of being spiritually dead, when he said: “These are the things that he says who has the seven spirits of God and the seven stars, ‘I know your deeds, that you have the name that you are alive, but you are dead. Become watchful, and strengthen the things remaining that were ready to die, for I have not found your deeds fully performed before my God.'” (By the way, this is an effective scripture to share with the Evangelicals who may chide Jehovah’s Witnesses for believing that Christians are required to perform works or deeds, that salvation isn’t just gift-wrapped like a Christmas present.)

So, the good news was declared to the dead then, and it is being declared now. Those who give heed will live. And those who are spiritually dead when the great day of Jehovah commences will become literally dead for all eternity.