Regarding “Times and Seasons” – Part 3

Regarding “Times and Seasons” – Part 3

(Due to minor editing audio does not match printed, exactly) This is part three of a continuation of the consideration of the July, 2013 Watchtower. Specifically, a response based upon the graphic published in the lead article.

Those who have studied and compared the Hebrew prophecy of Daniel and the book of Revelation know that they are many similarities. For example, the series of empires that have dominated God’s people are symbolized by various beasts in Daniel’s prophecy. Revelation depicts a single composite beast with seven heads composed of the various parts of the individual beasts presented in Daniel.

Both prophecies reveal that there is to be a last king who will tyrannize the world and subjugate God’s people. And, Daniel and Revelation both specifically name Michael the archangel, placing him in the role designated for Jesus. (See article: Is Jesus Michael the Archangel ?) And lastly, Daniel and Revelation indicate that these things will take place during a specified period of time, which the 12th  chapter of Revelation indicates is “a short period of time.”

We are first introduced to the concept in the seventh chapter of Daniel, where it is revealed that the 11-horned wild-beast will make war upon the holy ones, conquering them for an enigmatic “time, times and half a time” – until such time as God intervenes and destroys the beast. Daniel’s account says of the beast, which is depicted as having 10 horns initially, but later an 11th horn emerges and plucks out three of the 10. And the 11th is different from the other horns and is said to have eyes and the mouth speaking grandiose things against God.

The 13th chapter of Revelation similarly depicts the beast that experiences a catastrophic blow to one of its seven heads, but from which, it recovers and commands that an image of the beast be fabricated and worshiped. That image and the 11th horn must symbolize the same entity – the last kingdom. But the resurrected beast of Revelation is also said to speak great blasphemies against God and to wage war against the holy ones and to conquer them for 42-months. 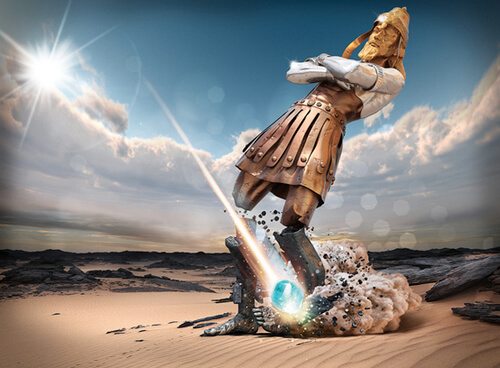 For that matter, the metallic image in its entirety, portrayed in the 2nd chapter of Daniel as being composed of various metals and supported upon what even the Watchtower now recognizes as the Anglo-American feet of iron and clay, must likewise symbolize the last king – the image that all the doomed will be compelled to worship. .

The eighth chapter of Daniel also depicts a final king, described as being fierce in countenance, who will supplant his rivals and bring the holy ones to ruin, along with the constant feature, the sanctuary and the holy place of the Prince of princes. However, this portion of prophecy reveals that the last king will prevail for 2,300 evenings and mornings; after which, the holy place will be brought into its right condition.

It is worth noting that during the creative days when the earth was being prepared for human habitation the account says that there came to be evening and there came to be morning, the first day, and a second day and so on. So that each creative day was specifically noted as having an evening and a morning, in that order. So, it is most likely that the 2,300-evenings and mornings is simply an encrypted way of saying 1,150-days, since each day is composed of one evening and one morning.  And in this case one plus one really does equal one.

Finally, the last chapter of Daniel contains a related time period. Daniel 12:11-12 states: “And from the time that the constant feature has been removed and there has been a placing of the disgusting thing that is causing desolation, there will be one thousand two hundred and ninety days. Happy is the one who is keeping in expectation and who arrives at the one thousand three hundred and thirty-five days!”

The Watchtower, of course, teaches that these prophetic periods were concluded long ago.  For instance, the Pay Attention commentary on Daniel regarding the 1335 days speculates that it ran from autumn in 1922 and ended in the spring of 1926!  But if that is the case, are Jehovah’s Witnesses really to believe that God has pronounced “happy” that relative handful of International Bible Students who have, for the most part, all passed away? What reward did they have for keeping in expectation, other than the fact that they might receive a resurrection like the billions of others with whom they now lie mouldering in their graves?

Obviously, there are differences between the 1,150, 1,260, 1,290 and 1,335 days. But  they are all within the 3 ½  to 4-year time range. What we can say for certain is that the beast will go through its trauma as a result of Satan and the demons being cast down. And that initial defeat for Satan will be as a result of the kingdom coming to power. It will be a time of unprecedented turmoil upon the earth as Satan goes on a rampage and will seek to annihilate all of Jehovah’s worshipers. But as we know, those who have died who belong to Christ will be resurrected first during his parousia, while the remnant of those who belong to Jesus who are alive then will be persecuted. 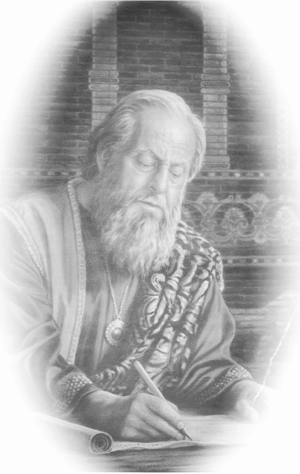 But just as Jesus’ earthly ministry was roughly 42-months, followed by a 40-day period following Jesus’ resurrection before he ascended back to heaven, during which time he came alongside the disciples in various manifestations of his otherwise invisible presence; and then 10 more days before holy spirit was poured out, putting the new covenant into force (amounting to 50-days from the Passover to Pentecost), quite likely these various time periods in prophecy will see similar things come to pass. It may be that by the end of the 1,290-days all of the holy ones upon the earth will have been killed off and instantaneously, in the twinkling of an eye, been resurrected into the heavens, bringing the new covenant to a conclusion.

And by the end of the 1,335-days this world will no longer exist and Satan and his demons will have been removed entirely. One thing is certain, though, the Watchtower’s chronology is a complete hoax. As if to emphasize their own fraud, please note that in the little graph accompanying the July 2013, Watchtower, the Governing Body claims that it is an“unknown length” of time from the time the disgusting thing begins standing in a holy place until the end. Apparently, they have repudiated their own belief in prophecy!

Interestingly, the eighth chapter of Daniel states: “And an army itself was gradually given over, together with the constant feature, because of transgression; and it kept throwing truth to the earth, and it acted and had success.”

In their commentary on the verse above, the Watchtower states that it is the “transgression” of the king fierce in countenance; but obviously, the desolation is brought about as punishment because of the transgression of those who are administering the constant feature within the spiritual sanctuary.

By their perverse blindness and treachery the leadership of the Watchtower Society have demonstrated that they are the ones guilty of transgression. They are the transgressing “spokesmen.” The soon to come trampling will serve as much needed  times and seasons of humbling, disciplining and restoration.

In conclusion, consider the concluding words of the 43rd chapter of Isaiah, the very chapter from where Jehovah’s Witnesses have derived their name:

“I—I am the One that is wiping out your transgressions for my own sake, and your sins I shall not remember. Remind me; let us put ourselves on judgment together; tell your own account of it in order that you may be in the right. Your own father, the first one, has sinned, and your own spokesmen have transgressed against me. So I shall profane the princes of the holy place, and I will give Jacob over as a man devoted to destruction and Israel over to words of abuse.”

“NOW AS FOR TIMES AND SEASONS”

At I Thessalonians 5:1-3, Paul wrote: “Now as for the times and the seasons, brothers, you need nothing to be written to you. For you yourselves know quite well that Jehovah’s day is coming exactly as a thief in the night. Whenever it is that they are saying: “Peace and security!” then sudden destruction is to be instantly upon them just as the pang of distress upon a pregnant woman; and they will by no means escape.” 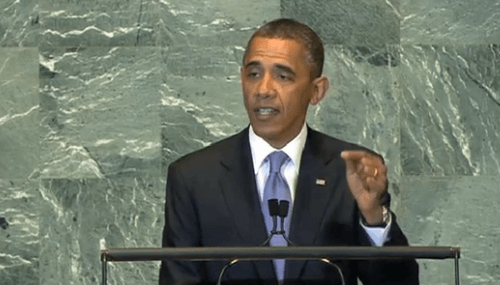 In his saying the brothers need nothing to be written them as regards “times and seasons,” the apostle was indicating that the prophetic times and seasons, presently sealed up in the book of Daniel, do not lead up to the beginning of the day of Jehovah, which the anointed prophet and apostle of Christ revealed would commence when “they are saying ‘peace and security.’” Since the day of Jehovah is coming as a thief in the night, and no one knows the day or the hour, the times and seasons are scheduled to begin once Jehovah’s day has commenced and, in fact, reveal the duration of it.

The “instant destruction” that is to come upon them will coincide with the catastrophe depicted in prophecy, such as the plucking out of the three horns, the king fierce in countenance bringing the mighty ones to ruin and the sword-stroke upon the head of the wild beast. Does not Daniel indicate that after the beast is destroyed (“sudden destruction”) that there will be “a lengthening in life given to them for a time and a season”?

The designated “time and season” surely coincides with the specific prophetic time periods, during which time the vast majority of mankind will already be condemned to everlasting destruction because they will have worshiped the image and given their allegiance to the beast and rejected the kingdom of Christ and killed the holy ones.

Since the world already seems to be on a short fuse burning down to an explosion unprecedented in human history, we may expect in the coming months for the threat of war to subside and perhaps then “they” will be saying “peace and security” over some long-sought for – seemingly unattainable – agreement between Israel and Palestine and other Arab nations, at which point World War III will suddenly erupt and the financial system will blowout and the leading nations will topple (“sudden destruction”) – only to arise from the ashes to commence the concluding “times and seasons” designated in prophecy.

Concluding note: In the book of Joel God promises his people that he will make compensation to them for the “years” that the insect-like military force of Jehovah, also called the “northerner” (aka king of the north), devastated them. The “years” evidently are the three and a half years.