Psalms #7 – I will sing praises to the name of Jehovah

Psalms #7 – I will sing praises to the name of Jehovah

It all goes back to Eden. An unnamed angel rebelled against God and inserted himself as the ruler of the just-created human race, which at the time only consisted of two souls. His wicked influence became painfully evident as soon as people began to multiply outside the gates of Eden. As if a portent of things to come the very first child born by Adam and Eve became the murderer of his younger brother. Centuries later the apostle John explained that Cain originated with the wicked one and slaughtered his brother. 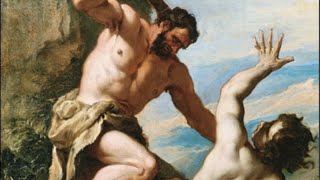 The pages of history drip with the blood of billions of people who have been murdered by various means. The most heinous murder ever was the torturous death of Jesus—the Son of the Living God.

Jehovah has other sons in the world. Many have already been murdered by the wicked one. The apostles James, Peter and Paul were executed, and many others were killed by the Romans and Jews. The Catholic Church tortured and executed hundreds of thousands of “heretics” during the Inquisitions and slaughtered many thousands of Muslims during the series of Crusades.

God has allowed Satan to continue his reign of murder and terror up to the present. And woe for the world, because it is going to get much, much worse. That is because when Christ takes up his reign Satan and his angels will be cast down from heaven. There will be global genocide. The campaign to eliminate most of humanity has already been set into motion.

After the judgment of the house of God and the chosen are refined Satan will set his sights upon them in a last desperate attempt to turn them against Jehovah and Christ. The masses of humanity will be infused with Satan’s murderous spirit during the hour of darkness. David pleads for the brothers of Christ then:  “O Jehovah my God, in you I have taken refuge. Save me from all those persecuting me and rescue me. Otherwise they will tear me to pieces as a lion does, carrying me off with no one to rescue me.” — Psalm 7:1-2

As Paul reminded us, as a group we are unconquerable. Death has no power over us. If God is for us who can be against us? Even so, God has not demonstrated His protective love or expressed his anger. Not really. Not yet. Jehovah has never held anyone to account for the murder of Christ or the countless anointed Christians down through the ages. So, David’s prayer is saved in Scripture to be time-released to sync with the prophetic attack of Gog, as recorded in Ezekiel.

“Rise up in your anger, O Jehovah; stand up against the fury of my enemies; awake for me, and demand that justice be done. Let the nations surround you; and you will act against them from on high. Jehovah will pass sentence on the peoples. Judge me, O Jehovah, according to my righteousness and according to my integrity.”

Because the Kingdom will be ruling then and those sealed and saved for Christ’s Kingdom will be recognized by Almighty God as kings in that Kingdom—approved brothers of Christ—the persecution of the remnant of the offspring of the woman will be a direct attack upon God. That is why David said “let the nations surround you.”

Let’s be honest. Deep down most people hate God. Atheists hate God more than anyone. They hate him so much they pretend he doesn’t exist. Most Christians hate God too. They pretend Jehovah doesn’t exist. They have erased his name from the Bible and only speak of Jesus. So, the prayer of David calls upon Jehovah God—the hated One—to bring an end to Satan’s wicked world:

“Please put an end to the evil deeds of the wicked. But establish the righteous, since you are the righteous God who examines the hearts and the deepest emotions.” — Psalms 7:9

In the post-crash world, the sons of the Kingdom will give witness to Christ’s authentic presence and the impending end of the Devil’s wicked world. Jesus foretold that the chosen ones will stand before governors and kings to give them a witness. The message will be an ultimatum: Bow to earth’s new King or perish.

“God is my shield, the Savior of those upright in heart. God is a righteous Judge, and God proclaims his judgments every day. If anyone will not repent, He sharpens his sword; He bends his bow and makes it ready. He prepares his deadly weapons; He makes ready his flaming arrows.” — Psalms 7:10-13

Let their hypersonic missiles fly. Let their nuclear bombs shake the Earth. Jehovah has His own flaming arrows and he has handed his sword and bow to His chief warrior, Christ.

“Look at the one who is pregnant with wickedness; he conceives trouble and gives birth to lies. He excavates a pit and digs it deep, but he falls into the very hole he made. The trouble he causes will return on his own head; his violence will fall on the crown of his head. I will praise Jehovah for his justice; I will sing praises to the name of Jehovah the Most High.” 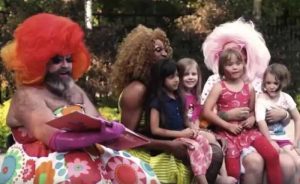 It is laughable that Western society, once touted as the protector of Christianity, has become so thoroughly corrupt. The human rulers of the world have intentionally corrupted it. Sure, Satan is the god whom they obey, but they happily do the Devil’s work.

After WWI London’s Tavistock Institute was established to employ psychology to debase society. Since then Tavistock has been the behind-the-scenes master propaganda disseminator and manipulator of opinions. The invention of the radio, television and the Internet have been a boon for the British Empire’s psychological warfare against Christian civilization. All modern, popular entertainment is indirectly a product of Tavistock.

One of the most outrageous lies the Empire has given birth to quite recently is that there is no biological distinction between men and women. No doubt the reason such a satanic lie is held on high is because in the beginning God made them male and female. Satan hates Jehovah that much!

After the Federal Reserve’s under-the-radar bank repo operation began in September 2019 and extended into 2020 under cover of the pandemic relief, amounting to some $40 trillion so far, it has become apparent that one of the too-big-to-fail banks failed. Knowing their entire money system is about to buckle and crumble under the weight of trillions upon trillions of dollar-denominated debt, Prince Charles has arranged for the banks to cut off funding for all essential industries. By essential we mean industries that produce food and the networks to provide energy and fuel. The British Empire operating through the central bank system has excavated a massive pit knowing that billions of people are going to perish from starvation and the inevitable wars that come about as the system crashes.

Ultimately, though—whether the human rulers know it or not—the Jehovah-hating god of this world intends to exterminate the sons of Jehovah. David’s prayer ensures that the violence perpetrated by the schemers comes upon them. 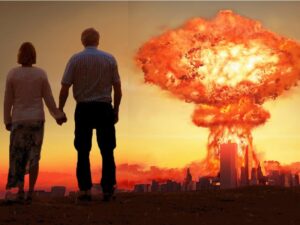 And the pit that they have dug will turn out to be the bottomless pit of Gehenna into which they will tumble.

What a glorious day that will be! With Satan’s ruined empire smoldering in the background all of the survivors in heaven and on earth will sing praises to the name of Jehovah the Most High!