In “God We Trust” became the official motto of the United States back in 1956 and the slogan appears on all US currency, which oddly enough is not really owned by the people of the United States but by a private banking cartel called the Federal Reserve Bank that is an instrument for the destruction of the republic. In any case, it is rather unseemly to print such a motto on what the old King James calls filthy lucre.

Trusting God reminds me of an old joke: A guy falls off a cliff and clings to a branch on a crag on the way down. He is hanging there a thousand feet above certain death and he cries out for help—“If there is anyone up there in heaven, help me, please!” And a voice comes from the invisible. “I am here. Just let go and I will catch you.” The man dangles for a while contemplating the instructions. Then calls out again: “Is there anyone else up there?”

The point being, trusting God is easy when things are going smoothly.  When everything gets turned upside down it is more challenging. To the point: Jehovah’s Witnesses have put their trust in Jehovah. However, such trust

invariably involves trusting men who are more and more revealing themselves to be unworthy of our trust. And those who would bristle at the suggestion that the faithful and discreet slave has been unfaithful and indiscreet prove the point.

“Surely none who hope in you will be put to shame, but shame awaits those who are treacherous without cause.” — Psalms 25:3

Being “treacherous without cause” certainly describes the Governing Body of Jehovah’s Witnesses. There was no Scriptural justification for the Watchtower to heartily endorse a controversial medical practice such as mRNA.

Through their monthly Updates over the Summer of 2021, the Governing Body claimed that Jehovah had intimated to them that the vaccines were safe and effective. In every respect, the Watchtower fully endorsed the World Health Organization’s vaccine program. The GB chided those who would question them, claiming that God would never allow the Governing Body and all the Bethelites to submit to the injections if they were harmful. But, alas, the vaccines have proven to be ineffective in preventing infection and halting the spread. That is a fact. Anyone who disputes that is either ignorant or brainwashed. The entire program promoted by Bill Gates and the United Nations has been a monumental failure, unless, of course, the vaccines are intended as a bioweapon, in which case the program has been a success.

David Splane exhorted JWs to consider what Jehovah knows. Indeed, thinking JWs might ponder why the All-knowing God would recommend something as useless as wearing cloth masks or worse, that Jehovah would approve of everyone injecting themselves with an elixir that does not provide immunity or prevent contagion and has killed hundreds of thousands, perhaps even millions of people. Surely, Jehovah knows that the Governing Body has been “treacherous without cause.”

When men who claim to be the sole earthly mouthpiece of Jehovah God say things that are deceptive and disingenuous it puts our trust in God to the test. And that is exactly why God allows it.

As for my enemies, quoting from the seventh chapter of the prophecy of Micah, 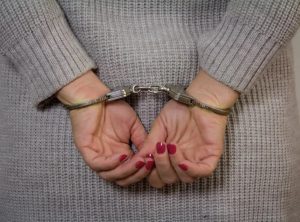 Jesus said that a man’s enemies will be members of his own household. Furthermore, Jesus warned that during the time of the end “brother will deliver brother over to death, and a father a child, and children will rise up against parents and have them put to death.”

Although the Governing Body claims we are living deep in the time of the end we have not experienced anything close to what Jesus foretold. Do you know anyone who has been handed over to death? And that is a problem because the truth is we have not seen anything that Jesus foretold—at least not all the things, which is a necessary requirement since Christ specifically said: “Likewise also you, when you see all these things, know that he is near at the doors.” — Matthew 24:33

Surely, though, everything is lining up. Already we are hearing reports of wars and political leaders are even warning of the nearness of “Armageddon.” Certainly, the Governing Body has already foolishly brought about a division 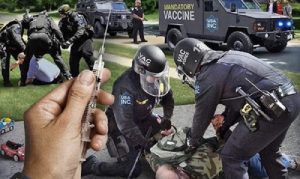 between the vaccinated and the unvaccinated. In the event of another viral release and a mandatory vaccination program, it is not inconceivable that a schism could take place among Jehovah’s Witnesses and set the stage for many being stumbled and brothers hating and betraying one another.

“Make me know your ways, O Jehovah; teach me your paths. Cause me to walk in your truth and teach me, for you are my God of salvation. In you I hope all day long.” (4b-5)

One of the most powerful delusions is the teaching that the prophecy in the second chapter of Isaiah is being fulfilled in the modern movement of Jehovah’s Witnesses. The influx of persons from all nations is said to be in fulfillment of the prophecy concerning the final part of the days when people will say: “Come, let 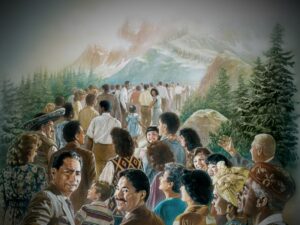 us go up to the mountain of Jehovah, to the house of the God of Jacob. He will instruct us about his ways, and we will walk in his paths.”

The instruction about his ways is nothing more than the teachings of the Watchtower. God’s exalted path is reduced to all that is laid out by the Watchtower that Jehovah’s Witnesses are expected to follow. That is not to imply that it is all wrong or that Jehovah’s Witnesses are totally misled; only that there is a higher calling. Since the final part of the days has not begun, neither has the mountain of the house of Jehovah been lifted up nor has God directly instructed us about his ways. There is another path to be revealed.