Bethel: Is It Later Than You Think? 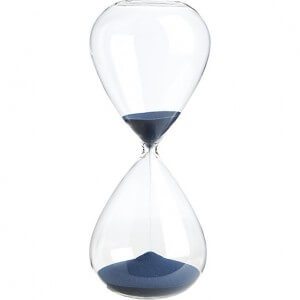 The 2012 Special Talk posed an interesting question for all to ponder: Is it later than you think?

The irony, though, is that the question is particularly relevant for the Governing Body and Bethel leadership of Jehovah’s Witnesses to consider themselves. Indeed, although most of Jehovah’s Witnesses will dismiss such a suggestion without any consideration, it is nonetheless incumbent upon me to at least try to unsettle those who stand settled in their opinion, by slightly rephrasing the question: Is it later than Bethel thinks?

It is one thing to announce that the end is near. The Watchtower has been doing that for nearly a century and a half – going back to the heady days of Charles Russell.

But what exactly have Jehovah’s Witnesses been led to expect the future will bring? The great tribulation? Certainly. Armageddon? Absolutely. A new system of things? Yes, of course. But is that it? Basically, yes. According to the Watchtower Society, other than the destruction of the great religious harlot, supposedly all prophecy has already been fulfilled. And anyone cognizant of present trends knows that with each passing year Bethel has less and less to say on matters of prophecy – as if to imply that nothing more need be said.

But history – both ancient and recent –teaches an important lesson: namely, details matter.

Consider the apostles. Jesus revealed to them on numerous occasions that he was going to be handed over to the older men in Jerusalem and killed and that he would rise on the third day. However, the disciples could not accept or comprehend what Jesus was saying. Peter even tried to correct Jesus, only to be sternly rebuked by his Lord. And, of course, events turned out exactly as Jesus had foretold. But the unfounded expectations of the apostles resulted in their being stumbled and temporarily scattered – as Jesus also foretold they would be. How humbling for them!

In our own era a similar thing has occurred. The original Bible Students certainly were in expectation of a great upheaval beginning in 1914; but they actually expected the war of Armageddon to swiftly ensue, did they not? Then when C.T. Russell unexpectedly passed away in 1916 a great schism subsequently erupted in Bethel, and the Great War ended without culminating at Armageddon. And what was the result? Many were stumbled – a sizable percentage, in fact, refused to continue with the Society under the leadership of J.F. Rutherford.

Then there was the 1975 fiasco, which stumbled untold numbers of Jehovah’s Witnesses and interested persons.

Unfortunately the stumbling continues to this day over the fact that the 1914-generation has entirely passed away, extinguishing the flickering hope and expectation of many more.

(Bethel’s attachment to 1914 has brought about a situation, whereby, the rulers of God’s people are in an unenviable predicament that discernably resembles the man in Isaiah’s prophetic illustration, who vainly tries to find his repose upon a couch that is too short to stretch out upon and a sheet that is too narrow for covering. As an example: the ridiculous spectacle of Bethel’s ongoing redefining of what a generation is.)

But the point is, expectations based upon an assumed understanding of prophecy matters. And the seemingly inviolable trust that millions of Jehovah’s Witnesses have in the leadership of the organization today can easily be shattered tomorrow if events do not unfold along the lines they have been led to expect.

Now, consider the situation Jehovah’s Witnesses find themselves in at this present moment – in the spring of 2012 – and the cogent question: is it later than you think?

Jehovah’s Witnesses are thoroughly convinced that the conclusion of the system of things and the time of the end began in 1914. Dozens of prophecies have been interpreted by the Watchtower as having been fulfilled during and shortly after the First World War.

Foremost, Jehovah’s Witnesses believe that Jesus judged the house of God almost a century ago and appointed a faithful slave over all of his belongings way back then.

But according to Jesus he is coming as a thief in the night, at a time his disciples do not think to be it.  Particularly, in the 12th chapter of Luke Jesus exhorted his little flock to keep their loins girded and their lamps burning and to keep in expectation of the master’s arrival.

Jesus went on to tell them that if they were ready the master would come alongside them and make them recline at the table and minister to them. As Jehovah’s Witnesses know, the Greek word “parousia” literally means a coming alongside. So, Jesus is clearly talking about the parousia. But Jesus went on to say: “And if he arrives in the second watch, even if in the third, and finds them thus, happy are they! But know this, that if the householder had known at what hour the thief would come, he would have kept watching and not have let his house be broken into. You also, keep ready, because at an hour that you do not think likely the Son of man is coming.”

When Peter asked if the illustration applied to them or to all, Jesus responded with his own question, saying: “Who really is the faithful steward, the discreet one, whom his master will appoint over his body of attendants to keep giving them their measure of food supplies at the proper time? Happy is that slave, if his master on arriving finds him doing so! I tell you truthfully, He will appoint him over all his belongings.”

Continuing, Jesus went on to explain in more detail how his unexpected arrival would result in the dismissal of an unfaithful slave and his being punished with the greatest severity; whereas, the slave that did not know his master’s will and so did not do in line with it would only be lashed with a few strokes.

Since there are only two types of slaves – the willfully disobedient and the erring but ignorant – presumably, the slave that is ultimately appointed over all of the master’s belongings is also the ignorant slave that is disciplined, albeit with a few strokes.

An important distinction that Jehovah’s Witnesses do not fully appreciate is that there are two appointments of the slave. The first appointment from the master is to feed the domestics with their food at the proper time. That is what the Watchtower claims it is doing presently, even though it also claims to have received the second appointment too.

But, it is not at all reasonable that once the erring slave is punished and then rewarded by being appointed over all his master’s belongings that he would then go back to the same task assigned to him prior to his master’s coming. But this is exactly what the slave class associated with the Watchtower has seemingly done.

Expressed differently: If those associated with the Watchtower prior to 1918 were giving out food supplies at the proper time, why is it that the Watchtower Society is still involved in the very same assignment long after the master has supposedly appointed them over all things?

Another glaring discrepancy is this: Christ foretold that he would come to inspect his slaves at an hour they did not think to be it. Yet, the Watchtower claims that the early Bible Students were able to calculate the exact time that Christ’s parousia commenced.

However, that simply cannot be harmonized with what Christ foretold would be the nature of his coming; namely, as a thief – at an hour his slaves thought unlikely.

Since it is obviously the case that the Watchtower is still involved in th
e feeding program that the master has appointed his slaves to oversee, a work that would precede Christ coming at an hour they do not think to be it, and there is no basis for believing that Christ comes as a thief on multiple occasions, it is evident that Christ has not yet come.

Paradoxically, the Watchtower’s 1914 doctrine has been instrumental in bringing about the situation, whereby, Christ will come to inspect his slaves at an hour they do not think to be it.

So, in answer to the question posed at the onset: Yes, Bethel: It is much, much later than you think!

This bulletin is being distributed to hundreds of congregations in the USA.

IS IT LATER THAN YOU THINK?