My wife’s sister is an active Jehovah’s Witness. The two spoke recently and my dear sister-in-law, intent on encouraging us to “come back,” related that the Watchtower has cleaned up its act lately, at least as regards its child abuse policy.

Unfortunately, she has had first hand experience in dealing with the Watchtower on this issue because a teenaged boy in the congregation molested her eight year-old daughter more than 20 years ago. It was right after Bethel issued a memorandum to all elder bodies in the United States in 1989. I was an elder at the time and I remember having a special elders meeting where the memorandum was read. It bemoaned the fact that some elders had made comments about the criminal activities of Jehovah’s Witness pedophiles and as a result had potentially exposed the Society for defamatory damages. As a result the Watchtower instituted a new policy. From then on whenever any elder received reports of children being harmed by predators within the congregations they were to immediately call the Watchtower’s legal department for instructions.

One of the first considerations of the Watchtower’s lawyers who would be overseeing the case is whether or not the particular state in which the crime or crimes were committed had mandatory reporting laws. In the United States some states require that clergy or childcare workers report crimes against children that are brought to their attention and others states do not. So, the Watchtower would advise the elders based upon that consideration, and no doubt other factors as well. If a state did not require reporting then Bethel would order the elders not to report the crime. Apparently, they did not wish to needlessly antagonize a pedophile that might threaten them with a lawsuit. This was the case in the state where the crime against my wife’s niece took place – it was a non-reporting state. And so Bethel ordered the elders not to report the crime to authorities. And along with not reporting the congregations are never alerted when a predator is found out. I know this to be the case because my sister-in-law was extremely upset because the elders with their orders in hand then also ordered her not to report the crime committed against her daughter. They threatened her with a loss of privileges (auxiliary pioneering) if she disobeyed them and notified the police.

It just so happened that about this same time the circuit and district overseer were making a rare combined visit to the congregation where my sister-in-law attended. So, I went and asked to have a meeting with them after their public meeting. (It was not my congregation or circuit) They agreed. And so I laid it all out for them.

Ultimately, the circuit overseer, whom I greatly respected, was very sympathetic but he said that their hands were tied. They could not countermand Bethel’s lawyers. I still distinctly remember that he made a gesture by holding both of his wrists together as if he had his arms bound together. The district overseer seemed annoyed that I took up his time questioning the orders given from on high.

So, that was my first firsthand experience with Bethel’s child abuse policy. Sadly, though, that was not my only experience with the Society’s legal desk. But looking back and in view of the recent legal problems the Watchtower is immersed in now, it is worth noting that it was from the mouth of one of their own circuit overseers who admitted that Bethel’s lawyers had deliberately tied the hands of the elders and prevented them from bringing legal authorities in to investigate a criminal case.

Supposedly, it was to spare Jehovah’s name from being reproached. In reality the exact opposite has been the case. Due to Bethel’s wicked scheming the name of God has been reproached on a scale that far exceeds any negative publicity that may have come about from handing over a pedophile and giving notice within congregations when known criminals attended.

But according to my dear sister-in-law, the Watchtower Society has changed. She made mention that at her recent district convention several of the brothers from Bethel who spoke at the convention were also lawyers who had been sent to law school by Bethel. And this is supposed to assure Jehovah’s Witnesses that the Society is doing what is in the best interests of the many victims of child predators?

The Watchtower’s hypocrisy is absolutely stunning.

For one thing, it is common knowledge that the Watchtower Society has always tried to discourage young Jehovah’s Witnesses from going to college or university. If a brother decided to ignore the dire warnings of “the slave” he would quite likely not be considered to be an exemplary Christian by those in his congregation.

Over the years this policy has resulted in a growing number of Jehovah’s Witnesses becoming resentful due to the fact that they are forced to take low wage jobs. But the Watchtower apparently has no problem taking the hard-earned donations of gardeners and window washers and using those funds to pay the tuitions of selected individuals to not just go to college, but to get an advanced degree in law.

But besides the Watchtower’s nauseating hypocrisy in this matter, are we to believe that more attorneys are the answer? Since lawyers helped create the mess in the first place, are Jehovah’s Witnesses going to be better served by even more lawyers and lawyering? What sane person would believe that? Really, what place do lawyers (solicitors for my British readers) have within Christ’s arrangement anyway? Ought Jehovah’s Witnesses now be considering careers in the legal profession as a way to better serve the kingdom or just entrust their souls to the professionals?

Jehovah’s Witnesses who defend the Watchtower will likely cite the apostle Paul’s letter to the Philippians where he made mention their efforts to legally establish and defend the good news. By the way, Paul was in prison in Rome when he wrote his letter to the brothers in Philippi. He had made an appeal to present his case to Caesar.

True enough, over the course of its existence up to the present the Watchtower Society has fought to establish the legal rights of Jehovah’s Witnesses, not only in the United States but also around the world. 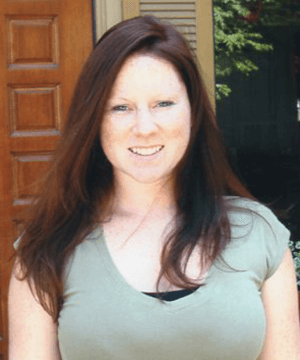 But the sort of legal matters the Watchtower is most embroiled in now have nothing to do with defending the right of Jehovah’s Witnesses to freely congregate and publish and preach their message. The Watchtower’s growing stable of lawyers is not at all involved in anything remotely connected with the good news. Their aim is to prevent child abuse victims from receiving any sort of damages from the Watchtower. Their primary mission is to protect the Society’s coffers. That’s it. That is why the recent verdict in the Candace Conti case was such a stunning setback.

Can you imagine the apostles of Christ expending themselves to crush the legal claims of children who had been sexually abused by brothers in the congregations? Can you imagine Paul or John issuing secret directives to elders forbidding them from handing over pedophiles to the superior authorities, whom Paul said were actually placed in their relative positions of authority by God in order to serve as civil ministers and punishing agents?

No, more lawyers are not what is needed. Simply doing what is right and just in behalf of those who have suffered as a result of the Watchtower’s policies is the only way Bethel could possibly hope to avoid Jehovah’s wrath. And from the direction they are going that is not going to happen.