“We ate and drank in your presence…”

“We ate and drank in your presence…”

In the parable of the ten virgins, was Jesus saying that many of his anointed servants would prove unfaithful and need to be replaced? No. Remember, he had just warned his “faithful and discreet slave” never to turn into an evil slave. That did not mean that he expected such an outcome. Similarly, this parable conveys a powerful warning. Just as five virgins were foolish and five were discreet, each anointed one has the full capacity to choose either a course of preparedness and vigilance or a course of folly and unfaithfulness. The apostle Paul was inspired to make a similar point when addressing his anointed fellow Christians. Note that Paul’s warning was very firm, but he followed it up with a loving expression of his confidence that “better things” lay ahead of his Christian brothers and sisters. Christ knows that each of his anointed servants can remain faithful and receive the thrilling reward!

If we were to epitomize the Watchtower’s take on prophecy —Jesus’ illustrations included —it might best be summed up by the attitude of the Jews in Jeremiah’s day, who kept saying of Jehovah: “He will do nothing. No calamity will come upon us; we will not see sword or famine.” —Jeremiah 5:12

Who can deny that the Watchtower has placed itself as the antitypical city of refuge, having already received God’s approval since Christ came to judge the house of God back in 1914? The symbolic sword or war, along with famine and pestilence are history too.

Having effectively nullified Jehovah’s judgments by their clever interpretations of prophecy, it is as if the leadership of the organization say that Jehovah will do nothing —not to them anyway. Jehovah’s Witnesses will not see the hardship of war and famine in the future, surely not as the fulfillment of Christ’s prophecy regarding nation rising against nation. That is all history. All that remains is for the beast to destroy the harlot. That’s it. Then it is on to glory!

As for those Jews who were cocksure that God would do nothing, Jehovah said of them: “The prophets are full of wind, and the word is not in them. Let this happen to them!”

The Watchtower’s “prophets” are full of wind too. As an example of their vaporous proclamations, consider, that, up until 2013 the Watchtower taught that the wise and foolish virgins parted ways in 1919. The foolish virgins and the evil slave were the rather large contingent of Bible Students who refused to follow Rutherford after he took over the presidency from the deceased Pastor Russell. Just how the Bible Students may have been made to weep and gnash their teeth was never explained. No matter, because a few years ago all that was scrapped.

In the parable, there is a distinct interval between the shout, “Here is the bridegroom!” and the actual coming, or arrival, of the bridegroom . Throughout the last days, vigilant anointed ones have discerned the sign of Jesus’ presence. They thus know that he is “here”—ruling in Kingdom power. They face the challenge of enduring until his coming, or arrival. – w15 3/15 p. 16

Now the Watchtower teaches that the parable has a future fulfillment, sort of. Supposedly, the exclamation – “Here is the bridegroom, go out to meet him!” – was sounded in 1914, and over the course of the past 100 years successive generations of anointed persons have gone out to meet him only to die of old age waiting for the bridegroom to actually show up. Except according to the last revision the foolish virgins have been interpreted to symbolize a mere hypothetical, essentially non-existent group, who do not have a real-life counterpart. There shall be no weeping and gnashing of teeth; no one shut out of the Kingdom because of their foolish reliance on the oil sellers. The implication of the Governing Body’s latest twist is that all are assumed to be wise virgins, thereby nullifying Jesus’ illustrations.

Surely, Bethel’s prophets are full of hot air. They do not understand the judgment of Jehovah, even as is stated in Jeremiah: “Even the stork in the sky knows its seasons; the turtledove and the swift and the thrush keep to the time of their return. But my own people do not understand the judgment of Jehovah. How can you say: “We are wise, and we have the law of Jehovah”? For in fact, the lying stylus of the scribes has been used only for falsehood. The wise have been put to shame. They have become terrified and will be caught. Look! They have rejected the word of Jehovah, and what wisdom do they have?” —Jeremiah 8:7-9

Interestingly, there are approximately 15,000 public partakers associated with Jehovah’s Witnesses. According to the sacred pronouncements of God a remnant of 7,000 will be on hand for the final sealing. That is roughly half of the present number. So, in answer to the question posed in the daily text — “Was Jesus saying that many of his anointed servants would prove unfaithful and need to be replaced?” —the answer, is no. The foolish virgins will not need to be replaced. In his wisdom God called many, but relatively few are ultimately chosen. 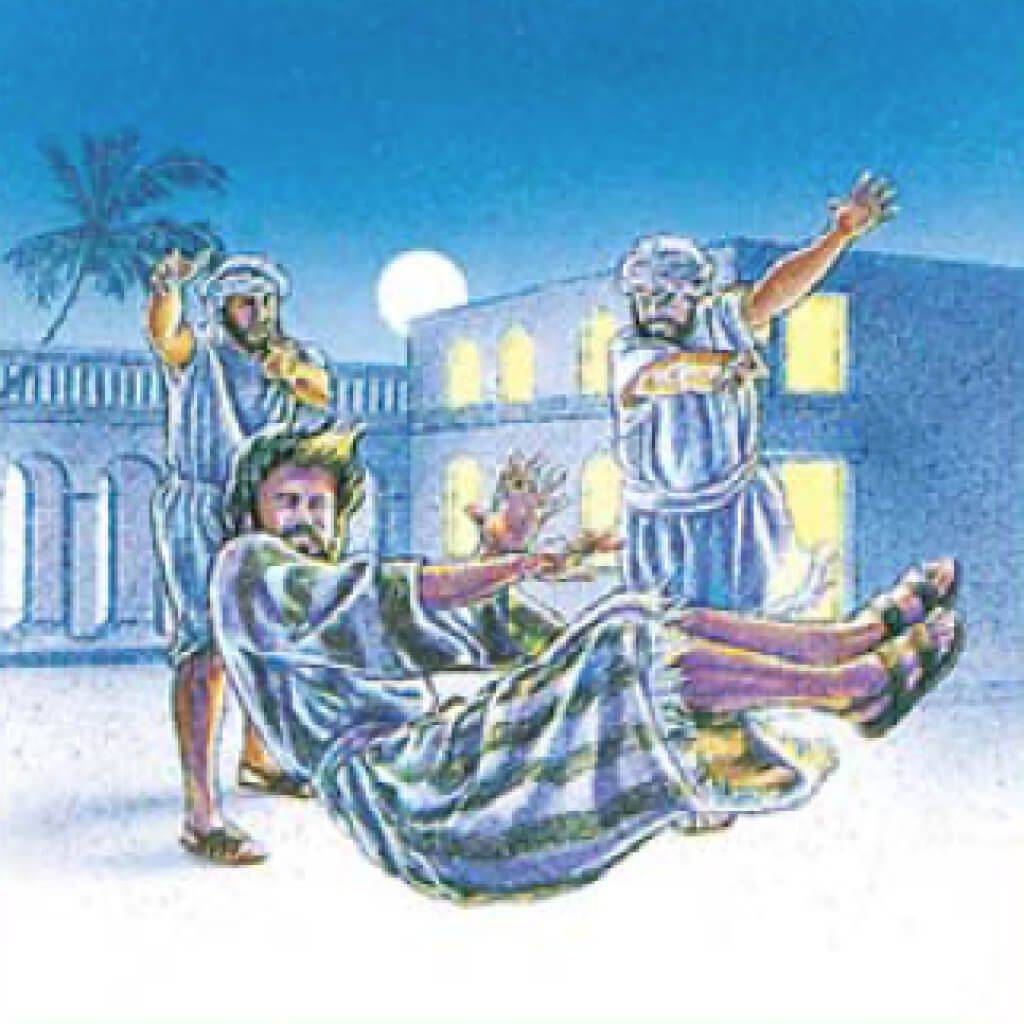 When asked by a man if those being saved are few, Jesus responded with an illustration that evokes the same imagery as the parable of the bridegroom locking the door to the wedding feast —locking out the foolish virgins. Far from being a mere warning of “what-if,” Jesus indicated that the final judgment will result in some being “thrown outside.” Surely, if some are thrown outside, that means that prior to their eviction they are on the inside.

Take note that those locked out claim to have “ate and drank in your presence.” Although the same Greek word is used Jesus is not speaking of his parousia; however, it cannot be coincidental that the princes of Bethel boast of enjoying a spiritual feast due to their being insiders to Christ’s invisible presence. Too bad for them, the commencement of the actual parousia will result in many being thrown outside. There is where their weeping and the gnashing of their teeth will be —outside the Kingdom of God.