The Operation of Satan with Every Powerful Work

The Operation of Satan with Every Powerful Work

This is the fourth installment of the consideration of the Bible study material for the week of October 17-23. This series of articles are archived under the WT Review category.

There is no question that the sudden appearance of a group of anointed Christians in the late 1800’s, who were fired with the desire to preach the Watchtower’s unique message was an extraordinary development.

Through the long period of domination by the great churches there was very little evangelism. A few groups emerged here and there, such as the Waldenses in Italy and southern France and the Lollards in England, but over time they died out. It simply wasn’t God’s time to let the light shine.

But the environment was just right for the Bible Students to thrive. The appearance of the Watchtower movement found America and Europe to be fields ripe for harvest. 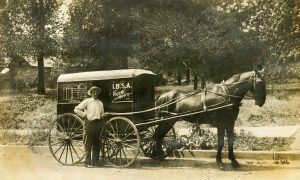 Thomas Edison had just shown the world how to harness electricity, inventing the light bulb and phonograph, among many other things. Soon electric motors powered massive printing presses that could be run day and night in lighted printeries. Russell put the printing press to good use and also the telegraph was used to wire sermons to newspaper companies that were paid to publish his weekly sermons. The horse and buggy soon disappeared with the invention of the automobile at the dawn of the 20th century. Along with motion pictures and radio, all were used as tools to disseminate the Watchtower’s message.

Now millions of Jehovah’s Witnesses carry smart phones and tablets and have at their fingertips access to the Bible and explanatory information in hundreds of languages. Truly, the good news of the coming Kingdom has been preached in all the world, as Jesus said that it would be.

But in his wisdom Jehovah has not revealed all the truth. He has, in fact, allowed for Satan to wield a “deluding influence” over the entire organization of Kingdom preachers. Paul foretold that Jehovah would allow a man of lawlessness to exist as  an “operation of Satan,” to cause a lie to stand until the manifestation of Jesus Christ. Here is what Paul wrote: “But the lawless one’s presence is by the operation of Satan with every powerful work and lying signs and wonders and every unrighteous deception for those who are perishing, as a retribution because they did not accept the love of the truth in order that they might be saved. That is why God lets a deluding influence mislead them so that they may come to believe the lie, in order that they all may be judged because they did not believe the truth but took pleasure in unrighteousness.”

The “lie” that they have come to believe is not the age-old lies espoused by Christendom, such as the trinity lie or the immortal soul lie. The context reveals that “the lie” that God allows has to do with the coming of Christ. Paul specifically forewarned the brothers that there would be a false proclamation that the parousia has begun and that the day of Jehovah is here. Here is what he wrote: “However, brothers, concerning the presence of our Lord Jesus Christ and our being gathered together to him, we ask you not to be quickly shaken from your reason nor to be alarmed either by an inspired statement or by a spoken message or by a letter appearing to be from us, to the effect that the day of Jehovah is here. Let no one lead you astray in any way, because it will not come unless the apostasy comes first and the man of lawlessness gets revealed, the son of destruction.”

At the risk of repeating myself, it should seem to be an undeniable fact that while the Watchtower has championed the basic doctrinal truth and trained, equipped and impelled an army of Kingdom preachers, it is also the source of seemingly inspired statements and spoken messages as well as a steady stream of written material that is touted as food at the proper time from the faithful and discreet slave, heralding the parousia as an accomplished reality. The Watchtower even claims that those dead in Christ have already been “gathered together to him” from 1918 onward.

The Watchtower, of course, claims that the clergy of Christendom make up a composite man of lawlessness. But there is no evidence to suggest that the great churches have sponsored any sort of campaign to announce that the day of Jehovah is here. 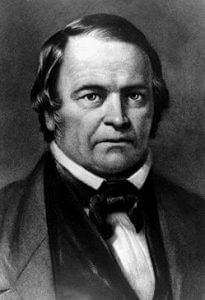 The fact is, an American farmer, one William Miller, first proposed that the seven times of Nebuchadnezzar’s madness could be used to calculate the time of Christ’s return. His prediction that Christ would return in October of 1844, which resulted in the aptly named Great Disappointment, was merely the beginning of much end-time speculation, which captivated the fertile mind of a young Charles Taze Russell.

No doubt C.T. Russell sincerely believed the seven times was a key to unlock some supposed secret chronology. However, there is ample evidence now that demonstrates that the Watchtower is not being straightforward. Take for example the picture caption that states: “In 1914, the Bible Students began to discern the sign of Christ’s invisible presence.”

This is a lie. As I have repeatedly pointed out, the Bible Students were under the delusion that Christ’s invisible presence had begun in 1874. The Watchtower had continued to hold to that lie for more than 15 years after 1914! But contradicting their own statement in the caption, the 33rd paragraph states:

Unfulfilled expectations were another test. Though the Watch Tower had rightly pointed to 1914 as the year when the Gentile Times would end, the brothers did not yet understand what would take place in that year. (Luke 21:24) They thought that in 1914, Christ would take his anointed bride class to heaven to rule with him there. Those hopes were not realized. Late in 1917, The Watch Tower announced that a 40-year harvest period would end in the spring of 1918. But the preaching work did not end. It continued to prosper after that date passed. The magazine suggested that the harvest had indeed ended but that a period of gleaning remained. Still, many stopped serving Jehovah because of disappointment.

As all of Jehovah’s Witnesses know, the foundation of the Watchtower’s 1914 doctrine is based upon the chronology that is tied to the destruction of Jerusalem that brought an end to the dynasty of kings that began with David, the second king of Israel. But the application of common sense easily dispels that belief. That is because when Jesus told his apostles that the temple was going to be thrown down without a stone left upon a stone they obliviously knew the Lord was not talking about the temple that Nebuchadnezzar demolished five centuries past.

A few days later when they asked him when the destruction was going to come about, Jesus explained that Jerusalem would be surrounded by encamped armies and the holy place was going to be desolated, and Luke’s account goes on to quote Jesus as saying: “And they will fall by the edge of the sword and be led captive into all the nations; and Jerusalem will be trampled on by the nations until the appointed times of the nations are fulfilled.”

It is simply preposterous to suppose that the apostles understood Jesus to be speaking of a past event related to Babylon’s conquest. Besides, Jesus clearly said “Jerusalem will be trampled on by the nations” —not Jerusalem has been trampled upon by the nations, or will continue to be trampled, as if the trampling had already begun and was ongoing. Had the first century disciples living in Jerusalem believed Jesus was referring to history instead of foretelling the things to come it is doubtful they would have fled Judea when they first perceived that the disgusting thing had stood where it ought not —in the temple. And to be sure, the Watchtower does not explicitly claim that the apostles believed such a thing.

Amazingly, though, the Watchtower requires that Jehovah’s Witnesses believe what would have been regarded as sheer nonsense by the apostles in the first century. Such is the power of the “deluding influence” the Devil presently wields over the organization.

As we know, Jesus took the opportunity to not only outline events that would precede the fall of Jerusalem and the end of the Jewish system, he also related the sign of his presence and the conclusion of the system.

Thus, the appointed times for the nations to trample Jerusalem have to do with developments that will impact Christ’s congregation. That is apparent from the 11th chapter of Revelation, which was written after the holy city had been razed by the Romans, but which speaks of the temple courtyard and holy city being trampled upon by the nations for 42 months, also expressed as 1,260 days —the very chronology used to divine 2,520 years as the appointed times of the nations!

As the lesson points out, a great test arose after Pastor Russell unexpectedly passed away and power struggle ensued at Bethel and Rutherford and seven others were railroaded off to the Atlanta penitentiary. There is no question those unforeseen events served to sift and refine the Bible Students. However, there is another aspect to consider. Paul foretold that in order to implement his operation Satan would employ “every powerful work and lying signs and wonders and every unrighteous deception for those who are perishing, as a retribution because they did not accept the love of the truth in order that they might be saved.”

Obviously, the demons knew that 1914 was a fixed year. They fixed it! As demonstrated, the seven times have nothing to due with the appointed times of the nations. It is a lie. But in order to keep the delusion in force the Devil orchestrated the Great War to breakout on schedule. And he obviously maneuvered things to bring about the persecution that landed Rutherford in prison for a few months. But over the course of the decades since then up to the present, those things have served as powerful, deceptive, lying signs and wonders, since they have been perceived as fulfilling various prophecies, when such is not the case. But the result is that Jehovah’s Witnesses are convinced that the presence has begun and the day of Jehovah is here.

The real test of faith will come when Christ actually comes to initiate a surprise inspection.

“We’re not just at war to support the Ukrainians. We’re fundamentally at war, although somewhat through a proxy, with Russia, and it’s important that we win.” — Rep. Seth Moulton, D-Mass.

People have been driven crazy. A guy on a Harley goes roaring by, he was not wearing a helmet but he was wearing a Covid mask. I wish I had taken a picture. Unbelievable. 😂