Your hands are filled with blood

Your hands are filled with blood

Everyone proud in heart is detestable to Jehovah. —Prov. 16:5.

Elders work hard for the benefit of their brothers and sisters. And they do not let their authority make them unduly proud. Instead, they treat the congregation tenderly. (1 Thess. 2:7, 8) Their deep love and humble attitude affect how they speak to others. Andrew, an experienced elder, says: “I have found that the brothers and sisters generally respond well to an elder’s kindness and genuine warmth. These qualities motivate the congregation to cooperate with the elders.” Another longtime elder, named Tony, comments: “I try to apply the counsel found at Philippians 2:3 and constantly work at viewing others as superior to me. This helps me to avoid acting like a dictator.” Elders must be humble, just as Jehovah is humble. Although Jehovah is the Sovereign of the universe, he “stoops down” to raise “the lowly from the dust.” (Ps. 18:35; 113:6, 7) In fact, Jehovah detests those who are proud and arrogant. w19.09 16-17 ¶11-12

Personally, I have known many humble-minded elders. (And also a few ambitious and presumptuous ones) As a new pioneer more than 40 years ago, I had the privilege of working out in service on two different occasions with now-deceased members of the Governing Body (Jack Barr and John Booth) who visited my city and local congregation and impressed me with their lowliness of mind. Brother Booth was about as humble a man as you will ever meet. Brother Barr humbly allowed me to chauffeur him in my filthy Pinto wagon, which a short time later spontaneously erupted in flames.

While individuals may act in a humble manner, collectively though, institutions may become prideful, even arrogant. That was certainly the case with Israel, also known as Jacob. That is why God expressed His disgust with the ancient nation He had originally organized. “‘The Sovereign Lord Jehovah has sworn by his own soul,’ is the utterance of Jehovah the God of armies, ‘“I am detesting the pride of Jacob, and his dwelling towers I have hated, and I will deliver up [the] city and what fills it.” — Amos 6:8

Jehovah will judge us all individually, but He has also already passed judgment on the Watchtower—that is, if we have discernment regarding what is written down in the book of truth.

Speaking of dictators: “Hear the word of Jehovah, you dictators of Sodom. Pay attention to the law of our God, you people of Gomorrah. ‘Of what benefit to me are your many sacrifices?’ says Jehovah.”

Sodom and Gomorrah no longer existed when God addressed the leaders of His people as the “dictators of Sodom.” Those two iniquitous cities were incinerated by fire and sulfur that was poured down from heaven. The Jewish priests imagined they were performing sacrificial rituals that would secure Jehovah’s blessing even though the nation as a whole was disregarding God’s law. What an insult to Jehovah. That is why God spoke to them in a very unflattering manner.

In the larger context though, God is actually speaking to Christians living prior to the return of Christ. How do we know? Because even though God was determined to destroy Jerusalem He would also ultimately bless it. How? By creating a new Jerusalem. Before the Holy Scriptures were divided into chapters and verses the denunciation of the “dictators of Sodom” segued into a passage Jehovah’s Witnesses frequently cite: “This is what Isaiah the son of Amoz saw concerning Judah and Jerusalem: In the final part of the days, the mountain of the house of Jehovah will become firmly established above the top of the mountains, and it will be raised up above the hills, and to it all the nations will stream. And many peoples will go and say: ‘Come, let us go up to the mountain of Jehovah, to the house of the God of Jacob. He will instruct us about his ways, and we will walk in his paths.’ For law will go out of Zion, and the word of Jehovah out of Jerusalem.” — Isaiah 2:2-3

The Watchtower applies this prophecy to itself. The growing number of witnesses is believed to be the fulfillment of nations streaming to the mountain of the house of Jehovah. No wonder the Organization exudes such arrogance and pride. They imagine that they have been firmly established above the top of the mountains! (Mountains symbolize governments)

But an honest reading of the prophecy should lead us to a different conclusion. For one thing, Christians have always had the Bible. Correction: In recent times we all have access to the Bible. And the Bible contains the word of Jehovah and his laws. Those who are teachers base their teaching on what is written in the Bible. Are you with me so far? That being true, for the law to go forth from Zion and the word of Jehovah out of Jerusalem it must be something other than the Bible—something that comes from outside the confines of any Bible-based organization. The mountain of the house of Jehovah represents Christ’s Kingdom. No, not the phony 1914 invisible parousia kingdom the Watchtower fabricated and maintains like so much whitewash and plaster on a crumbling wall, but the real thing. The coming of Christ will result in the earthly organization being dissolved—crushed. Christ will lay down the law! The “dictators of Sodom” are none other than the leadership of Jehovah’s Witnesses at this moment in time.

Although the first-century Christian congregation was pure and righteous, like Jerusalem once was before Solomon apostatized, the continuation of an anointed congregation in the latter 19th century to the present—not so much. God expressed His view of the degradation this way: “How the faithful city has become a prostitute! She was full of justice; righteousness used to lodge in her, but now murderers.” — Isaiah 1:21

At the risk of excessively repeating myself, Jerusalem was the birthplace of Christianity. It became the headquarters of what the Watchtower is fond of calling the first-century governing body. Therefore, the once faithful city is a cryptic reference to Christ’s congregation.

Even the leaders of the Watchtower used to be faithful to the truth. The apostasy first became detectable when the Watchtower committed itself to a political partnership with the United Nations 30 years ago. As bad as that was now they have become outright murderers! 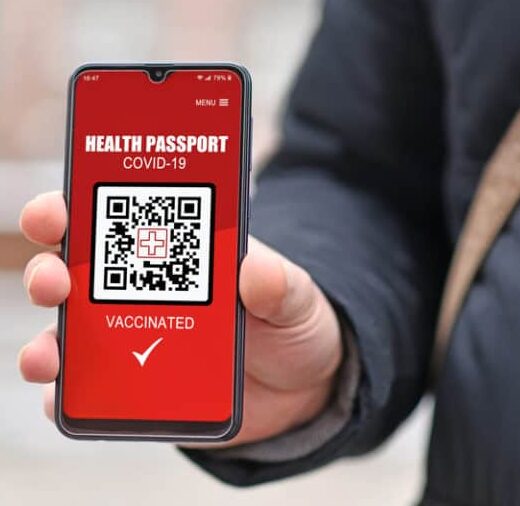 It is astonishing that for no apparent reason the Governing Body rebuked unvaccinated Christians for being lovers of themselves and open to no agreement. Prior to the #7 Update, it had been agreed upon that taking an injection was a personal decision. That was reasonable.

Suddenly,  seemingly out of the blue yonder, without any discussion or the issues surrounding the controversial mRNA injections or effective alternative medicines like ivermectin or hydroxychloroquine, or even preventives like vitamin D3 and zinc, without a single word regarding the potential risks, yes, possibly even fatal outcomes, the dictators of Sodom have virtually ordered the eight million souls under their influence to submit to the superior authorities; yes, to the United Nations’ scheme for global vaccination and presumably the intended health passport program.

It is the Governing Body who are open to no agreement—not the lowly publishers. It is the Governing Body who have publicly condemned dedicated Christians in the most treacherous and presumptuous manner, casting them as being out of harmony with the dictates of Jehovah’s channel—essentially portraying the unvaccinated as opposers and even apostates. Surely, the evil slave is ruthlessly beating his fellow slaves because the Master has delayed in coming all these many years.

Already some of Jehovah’s Witnesses have died from the so-called vaccines. And now the remaining unvaccinated witnesses must take the potentially lethal injections or else be stigmatized as being fiercely opinionated, selfish disrupters of the unity of spiritual paradise. No wonder God said: “And when you spread out your palms, I hide my eyes from you. Although you offer many prayers, I am not listening; your hands are filled with blood.” — Isaiah 1:15