Be dressed and ready and have your lamps burning

Be dressed and ready and have your lamps burning

The Governing Body presented their update, #8 on JW Broadcast —the theme being “Keep on the watch.”

Since the outbreak of the pandemic at the first of the year the Watchtower has been keen to point to it as evidence of the fulfillment of prophecy; namely, what Jesus said regarding food shortages and pestilences in one place after the other. Since the epic Spanish Flu pandemic of 1919 is receding more and more into the past and hardly a soul alive today had even been born when an estimated 50 million people perished in a matter of months, the Watchtower had resorted to claiming that lifestyle diseases like heart disease, cancer and AIDS are also fulfilling prophecy.

Never mind that the coronavirus is not nearly as lethal as the Spanish Flu and nearly all the victims are elderly or have multiple co-morbidities, never mind that the lockdowns and restrictions are part of a sinister social conditioning scheme and a backdoor bailout of the bankrupt financial system —with the world in the grip of covid hysteria the Watchtower is confidently asserting that the pandemic is evidence of the continued gallop of the horses of the Apocalypse that began in 1914!

Too bad too, that the Watchtower has taken a stand against alternative health and subtly promoted big pharma since supplements like vitamin D and zinc and various herbs can bolster the immune system and make a person far less likely to succumb to the contagion.

But that is nothing considering that the Governing Body has demonstrated that they are willing to obey men and disregard the commands of God through Christ in order to “save lives.” It seems their special virtual campaign is being touted to disguise the obvious fact that the Watchtower is now in outright opposition to Christ.

It is certainly understandable that the Governing Body would be quick to cite the pandemic as the fulfillment of prophecy. The Watchtower’s credibility is on the line and they know it. Just like the outbreak of WWI bailed out C.T. Russell’s chronology the pandemic is being used to splash another coat of whitewash on their crumbling wall. It is ironic, that the pandemic is not the fulfillment of prophecy but the Watchtower’s response to it is. (See article: Woe to Those Who Fabricate Their Own Prophecies) 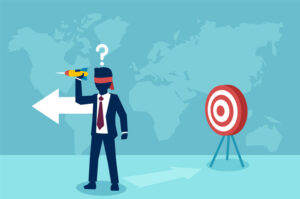 It was especially painful to watch Gerrit Lösch refer to the prophecy of Daniel regarding the iron and clay feet, describing the clay as the radical element —implying that the civil unrest is a fulfillment too. I suppose it is some sort of feat, at least he tossed a dart that hit the board —barely.

After all these years the seers still do not grasp that Great Britain is not what is represented by the iron. They have no concept of the existence of an empire that transcends the mere island nation of Britain; an empire that long ago made London its capital; an empire that has unleashed a pandemic and armies of anarchists; an empire that has flaunted its contempt for democracy by blatantly rigging an election to install a puppet who will give the empire the keys of their long-lost, renegade colony; an empire that has signaled its intention to perform a Great Reset, which is a euphemism for collapsing the financial and political system in order to implement a fascist, bankers’ dictatorship and launch the last world war and a global genocidal holocaust.

There are plenty of twists and turns ahead to be sure. At least the Governing Body exhorts Jehovah’s Witnesses to keep on the watch. That is good advice. The Second Coming of Christ is going to set into motion events that will rock this world as never before and ultimately open the door to a new world. Keep on the watch, indeed!

“Be dressed and ready and have your lamps burning, and you should be like men waiting for their master to return from the marriage, so when he comes and knocks, they may at once open to him. Happy are those slaves whom the master on coming finds watching!” — Luke 12:35-37