I will pour out my spirit in those days

I will pour out my spirit in those days

They are rendering [God] sacred service day and night.—Rev. 7:15.

When the last days began in 1914, there were only a few thousand servants of Jehovah worldwide. Motivated by love for neighbor, and with the backing of God’s spirit, a small remnant of anointed Christians persevered in the Kingdom-preaching work. As a result, today a great crowd with an earthly hope is being gathered. Our ranks have grown to about 8,000,000 Witnesses associated with more than 115,400 congregations throughout the earth, and we continue to grow in number. For example, over 275,500 new Witnesses were baptized during the 2014 service year—an average of some 5,300 each week. The remarkable growth that we see today is the result of our faith in God and full acceptance of the Bible—Jehovah’s miraculously inspired Word. Especially outstanding is the spiritual prosperity of Jehovah’s people—despite the hatred and opposition of Satan, “the god of this system of things.”

I have no doubt the original Bible Students were impelled by God’s spirit.

God’s spirit, or his active force as the New World Translation calls it, is the most powerful force in the universe —or anywhere else for that matter.

I also have no doubt that God used his spirit to anoint those believers, just as had been done on the day of Pentecost, 33 C.E. It was time. Consider a broad view of history as a backdrop: We know that after the apostles died off the truth began to be corrupted. By the 4th century emperor Constantine inserted himself as the head of the corrupt church and fused it with Mithras —Christendom was born. Over the centuries a dark age of ignorance, backwardness and illiteracy descended on Europe, which was obviously Satan’s scheme to completely smother the Bible and any semblance of Christianity. The priests became the enforcers of ignorance and superstition. 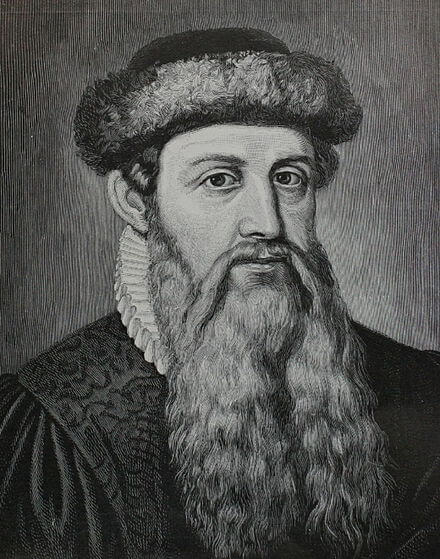 But God’s spirit prevailed. No doubt God’s active force guided one Johannes Gutenberg to construct Europe’s first printing press. And in 1439 the first book was published and it was a Bible. (The Chinese actually invented the press.) The importance of the printing press cannot be underestimated. Instead of taking a years to produce a handwritten copy the press enabled publishers to produce Bibles faster than the priests could confiscate and burn them.

It took a few more centuries for the press to become widely available, though, but by the 1600’s, after Wycliff and Tyndall had translated the Bible into English, the king of England relented and passed a decree authorizing an official translation of the Bible —The King James Authorized Version of the Holy Scriptures. As more and more English and Europeans began having access to the Scriptures the clergy became more tyrannical. That led to the exodus of the so-called Pilgrims, who crossed the Atlantic ocean in little wooden sailing vessels in search of religious freedom. (The January, 2017, edition of JW Broadcast has a preview of a forthcoming documentary on the fight to make the Bible available.)

By the 1800’s British Bible societies flourished, making the Bible widely available to even the poor. After the American Civil war the industrial revolution began a new phase, the era of the inventors, which led to the lightbulb, phonograph, telephone, radio, automobiles, airplanes, cameras and motion pictures and many other things, all of which have been put to good use.

The aforementioned developments were quite necessary for the next phase of Christ’s work, which began when Charles Russell formed his Bible study group and launched the Watchtower Bible and Tract Society. The Devil’s scheme to destroy the Bible and obscure the truth has been completely foiled and the fields in America and Europe were now ripe for harvest. (Jesus likened the disciple-making work in the first century to a harvest. However, he also spoke of an ultimate harvest that would be carried out during the conclusion, which would effectively bring to an end the Christian era.)

America really was a special place. God obviously blessed it. The founders of the nation inshrined freedom and liberty as the God-given right of every human. (African slaves were not considered human at the time.) And because of being separated from Europe and Asia by two great oceans America was isolated from the two great wars that devastated Europe.

But where do we go from here?

No doubt Jehovah’s Witnesses would not find anything objectionable to what is stated in this article up to this point. The truth is, though, while Christ has used the Watchtower Bible and Tract Society to accomplish the vital work of teaching and disciple making, it is only a preliminary to the final phase. What is the final phase? It is what Jesus referred to as the conclusion of the system of things.

But didn’t the conclusion of the system begin in 1914? Bluntly, no —it did not. According to Jesus the conclusion is the harvest. And the harvest is accomplished when Christ dispatches his powerful angels to collect out from his Kingdom all things that cause stumbling and all persons practicing lawlessness. No reasonable person will argue that there are no stumbling blocks or lawless persons within the Christian Congregation of Jehovah’s Witnesses.

Take for example this simple fact. The Watchtower boasts that there are over 8,000,000 JW’s worldwide. However, Bethel maintains a secret database of over 20,000 known pedophiles, many of whom undoubtedly still lurk in the 115,000 congregations of Jehovah Witnesses. How many have been stumbled by this sort of lawlessness? The Watchtower doesn’t keep a record. But God knows.

God’s powerful spirit could easily dislodge the Watchtower’s 1914 error from the minds of Jehovah’s Witnesses, just as it has helped us to dispel the many falsehoods promoted by Christendom. The fact that the lie persists leads to the assumption that it is true, since Jehovah’s Witnesses have the truth. But they do not understand the judgments of Jehovah. They do not grasp the significance of the deluding influence that God allows —obviously, for the very reason that they are under the deluding influence of Satan.

When the last days begin then the veil will be lifted. Then the next phase will begin. The faithless and wicked will be winnowed out. And during the darkest period in human history God will pour out the full measure of his spirit upon the faithful —something never before experienced. This is what is foretold in the prophecy of Joel:

“After that I will pour out my spirit on every sort of flesh, and your sons and your daughters will prophesy, your old men will dream dreams, and your young men will see visions. And even on my male slaves and female slaves I will pour out my spirit in those days. And I will give wonders in the heavens and on the earth, blood and fire and columns of smoke. The sun will be turned into darkness and the moon into blood before the coming of the great and awe-inspiring day of Jehovah. And everyone who calls on the name of Jehovah will be saved; for on Mount Zion and in Jerusalem there will be those who escape, just as Jehovah has said, the survivors whom Jehovah calls.”