Who Will Endure the Day of His Coming?

Who Will Endure the Day of His Coming?

It is just like a man about to travel abroad who summoned his slaves and entrusted his belongings to them.—Matt. 25:14.

The man, or the master, in this illustration is Jesus. He traveled abroad when he ascended to heaven in 33 C.E. In an earlier parable, Jesus reveals his purpose of traveling abroad, namely, “to secure kingly power for himself.” Jesus did not immediately secure full Kingdom power when he got back to heaven. Instead, he “sat down at the right hand of God, from then on waiting until his enemies should be placed as a stool for his feet.” The man in the illustration possessed eight talents, a huge fortune in those days. In Jesus’ day, a talent was equivalent to about 6,000 denarii. Earning a denarius a day, the average worker had to labor some 20 years to earn just one talent. Before traveling abroad, the man distributed the talents among his slaves, expecting them to do business while he was gone.

An important question to consider is this: When does the master come to settle accounts with his slaves? The article from which the day’s text was taken devoted a subheading to that question. And it says that Jesus comes during the great tribulation. Their reasoning is based on what Christ stated at Matthew 24:30: “all the tribes of the earth will beat themselves in grief, and they will see the Son of man coming on the clouds of heaven with power and great glory.”

Christ’s coming on the clouds is an ominous thing to behold for the tribes of the earth. But is that “coming” the same as his coming as a thief at a time his disciples think unlikely? The Watchtower says yes. Or rather, “evidently” is the exact wording. Here is what is stated in full:

Referring to the judgment during the great tribulation, he said that people “will see the Son of man coming on the clouds of heaven.” He urged his followers living in the last days to be vigilant, saying: “You do not know on what  day your Lord is coming” and “the Son of man is coming at an hour that you do not think to be it.” Hence, when Jesus said that “the master of those slaves came and settled accounts,” he was evidently referring to the time when he will come to execute judgment at the end of this system. 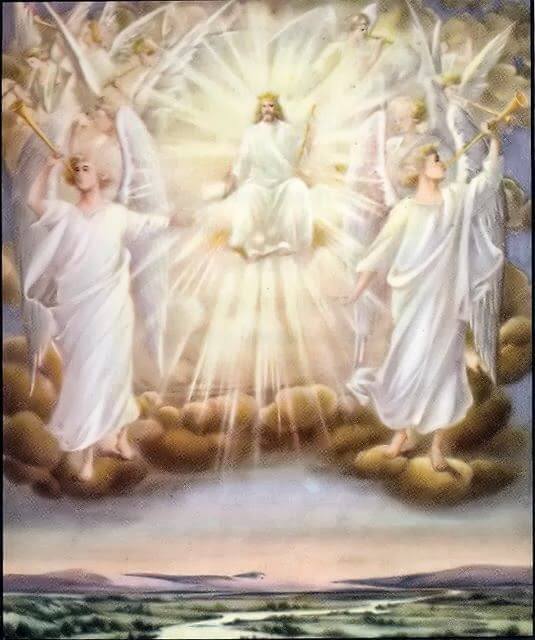 The Watchtower fails to make a distinction between Jesus coming as a refiner to judge the house of God and his coming to execute judgment against the unbelieving world. Yet, the Scriptures are quite clear: Judgment begins with the house of God first. That is the “coming” which is likened to the unexpected visitation of a thief.

And obviously, because the Watchtower has deluded Jehovah’s Witnesses into believing that Christ came in 1914 as the messenger of the covenant it is absolutely certain that his actual coming will be at a time his disciples do not think likely. That is why Malachi asks: “But who will endure the day of his coming, and who will be able to stand when he appears?”