When He Will Fully Open Up the Scriptures

When He Will Fully Open Up the Scriptures

The crowds were astounded at his way of teaching.—Matt. 7:28.

Jesus used good judgment when he preached the good news, choosing “gracious words” that amazed his listeners.  He often let God’s Word speak for him—reading, quoting, or referring to just the right scriptures to make his point. Jesus also explained the Scriptures, doing so in ways that moved the hearts of his listeners. After his resurrection, when speaking to two disciples on their way to Emmaus, he “interpreted to them things pertaining to himself in all the Scriptures.” The disciples later said: “Were not our hearts burning within us . . . as he was fully opening up the Scriptures to us?” Jesus was “mild-tempered” in his spirit and attitude.  He was always patient with his disciples despite their failings.  He remained calm even when he was treated unjustly.

The Daily Text cites Jesus’ post-resurrection encounter with two of his disciples in the 24th chapter of Luke, when he opened up the Scriptures to them. 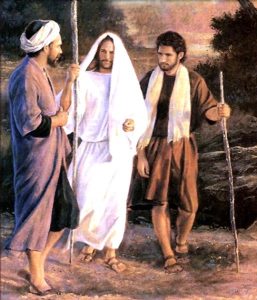 The question is, why was it necessary for Jesus to do that? Christ had been with them for over three years, and there is no denying that he was a masterful teacher. So, why didn’t Jesus simply fully open up the Scriptures to them prior to his death?

The answer is, it was Jehovah’s will that certain things be concealed from them, especially the reality of Jesus’ death and subsequent resurrection, so that their faith could be tested.

It is not that God directly intervened and injected wrong ideas into their minds. They already had wrong ideas. God simply didn’t correct them. For example, Peter demonstrated that he had no understanding of God’s purpose for Jesus when he tried to dissuade him from his sacrificial course —only to be rebuked for acting as a satanic stumbling block.

Jehovah’s Witnesses today are in the exact same situation as were the disciples before Jesus’ death. They imagine that the Governing Body has it all figured out. It is inconceivable to them that Jesus’ parousia could take place in the future. In fact, any of Jehovah’s Witnesses who would even suggest that the Kingdom did not begin ruling in 1914 is treated as an apostate enemy of the truth.

Yet, here we stand on the edge of a world war —a situation that has brought various nuclear powers to the verge of open conflict.

But ‘nation rising against nation and kingdom against kingdom’ simply does not factor into the outlook that has been carefully cultivated in Jehovah’s Witnesses. After all, the Watchtower has assured Jehovah’s Witnesses that the sign of the conclusion cannot display itself more dramatically then what took place 100 years ago. There cannot be another world war. The Watchtower said so.

Obviously, though, when war erupts and the world is thrown into chaos Jehovah’s Witnesses will realize they have been deluded. The Watchtower will be discredited beyond repair. But for those who pass that test of faith Jesus will then open up the Scriptures to them in a way they have not known. That is when Jesus will become to the faithful a Wonderful Counselor.