When did we see you in prison?

When did we see you in prison?

Jesus has been speaking to Peter, Andrew, James, and John, his close companions. They have just heard him relate illustrations about the faithful and discreet slave, the ten virgins, and the talents. Jesus concludes his discussion with one more parable. He describes a time when “the Son of man” will judge “all the nations.” How this illustration must have fascinated his disciples! In it, Jesus focuses on two groups, one classed as sheep and the other as goats. And he highlights an important third group that he identifies as “brothers” of “the King.” (Matt. 25:31-46) Jehovah’s people have long been intrigued by this illustration and rightly so, for in it Jesus speaks about the fate of people. He reveals why some will receive everlasting life while others will be cut off in death forever.

For well over a half century the Watchtower taught that the parables of the faithful and evil slaves, the wise and foolish virgins and the industrious and sluggish slave entrusted with their master’s talents, had all been fulfilled long ago. But in 2013 that all changed. The Watchtower reset the coming of the master to call his slaves to account to the future, which is surely the correct understanding.

Whether this was done as a result of some brothers being exposed to the information presented in the the dozens of copies of the first edition of Jehovah Himself Has Become King (2005) that I sent to then-Governing Body members, department heads, branch overseers and the like, is not important. What is important is that Jehovah’s Witnesses, at least the ones who are paying attention, have a basis to anticipate a day of reckoning looms —when the master comes to call his slaves to account.

Although their big reset essentially disappeared the evil slave, dissolving him into a mere hypothetical (“if ever that slave should say in his heart ‘my master is delaying’”), the mere fact that there is a day in which Christ intends to distinguish those deemed to have been faithful with what was entrusted to them —appointing him over all of his belongings, etc, —leaving the rejected on the outside, which is where the weeping and gnashing of their teeth will be, indicates that the true brothers of Christ have not been revealed yet.

After all, if there are wicked and sluggish slaves and foolish virgins in company with the faithful and discreet, how could the sheep be righteously judged? Shall the sheep be rewarded for having ministered to the evil slave who beats his fellow slaves in the master’s absence?

Even though in 1995 the Watchtower discarded what had until-then been “present truth,” namely, the idea that the worldwide preaching of Jehovah’s Witnesses was accomplishing the separation of the sheep and the goats —resetting it to a point in the future —the Watchtower still retains the now-untenable notion that the sheep and goats, although to be judged at a point in the future, are, nonetheless, judged based upon their actions (or inaction) now. So, basically, the Watchtower still teaches that the preaching work is presently separating the sheep and the goats —only they don’t officially teach that any more, it is simply implied by their still-inchoate explanation of the parable.

The most incongruous aspect of the Watchtower’s interpretation of the parable of the sheep and the goats is that the basis for judgment is whether or not people of the world ministered to Christ’s brothers when they were homeless, hungry, naked, sick or imprisoned. Needless to say, none of the brothers at Bethel are in that condition.

On the contrary, over the course of the past few weeks the Bethel family has been busily moving into their luxurious country estate in Warwick, New York. An insider has told me that the Governing Body and their spouses have chosen the choicest apartments and offices for themselves with lakefront views. Obviously, they are far from being homeless —enjoying living conditions that many of Jehovah’s Witnesses can only dream of. 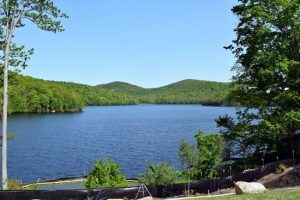 A room with a view

And although all the Bethel workers must now serve themselves cafeteria style, waiters being axed as a cost-cutting measure —those over 60, which is most all of the Governing Body, have waiters that serve them at their table. Obviously, none have gone hungry. And when the Governing Body travel, they are chauffeured in luxury automobiles. And when they fly around the world, they first class —a luxury that many of Jehovah’s Witnesses could not afford. They vacation in tropical resorts, and presumably stay in upscale hotels. And if a Governing Body member or their spouse is ill or has any medical need whatsoever, it is all taken care of at no expense to them. There is no need for anyone to personally look after them. And, needless to say, neither the Governing Body or another anointed person that we are aware of is in prison at this time.

Since it is evident the princes of Bethel have had their fill and are rich already —living like kings at the expense of the lowly publishers —the Watchtower is compelled to ignore the basis for the judgment of the sheep and the goats in lieu of the notion that merely being an active publisher qualifies one as having ministered to Christ’s brothers.

The underlying presumption is that the coming of the master will merely confer upon them an even greater reward than they have already taken to themselves. In that regard they are very much like the Jews who put their trust in fallacious words, claiming the temple of Jehovah in their midst was a safeguard against calamity.

As regards Jesus’ illustrations, the simple truth is that up until the moment the master comes there are good slave and bad slaves in the same organization. Long before Jesus uttered those parables Jehovah had related a similar illustration to Jeremiah. Jeremiah wrote: “Then Jehovah showed me two baskets of figs set before the temple of Jehovah… One basket had very good figs, like early figs, but the other basket had very bad figs, so bad that they could not be eaten. Jehovah then asked me: ‘What do you see, Jeremiah?’ So I said: ‘Figs; the good figs are very good, but the bad ones are very bad, so bad that they cannot be eaten.”’

Jehovah went on to explain that he would keep an eye on the “good figs” in their captivity and ultimately: “And I will give them a heart to know me, that I am Jehovah. They will become my people, and I will become their God, for they will return to me with all their heart.”

Their becoming God’s people and being given a heart to know him is not an ordinary thing. As the 31st chapter of Jeremiah indicates, their coming to know Jehovah means the accomplishment of the new covenant and the end of the teaching and disciple-making work.

What about the outcome for the bad figs? Jehovah goes on to explain: “I will make them an object of horror and calamity to all the kingdoms of the earth, a reproach, a proverbial saying, a cause for ridicule, and a curse in all the places to which I disperse them. And I will send against them the sword, the famine, and the pestilence, until they have perished from the land that I gave to them and to their forefathers.”’

In other words, they will be made to weep and gnash their teeth —knowing they have been judged adversely. And ultimately God’s judgment comes in the form of the sword, famine and pestilence, which is the precise backdrop to Jesus’ four illustrations and coincides with the opening of the seal of revelation that bring about war, food shortages and pestilence.

As should be expected, Jehovah’s Witnesses are oblivious to the significance of the darkening clouds of war on the horizon. That is because their Governing Body has no idea what is going on and apparently has no interest. The result will not be pretty. We may expect the Watchtower’s luxurious new palace to be shuttered when the missiles begin to fly. And the princes of Bethel will be put out on the street.

Their blindness and deafness is legend, so much so that 2,500 years ago Jehovah saw fit to speak to the situation. Of course, now he is ignored. But in the future it will be impossible to ignore God. Then these questions will be most pertinent:

“Listen, you who are deaf;

Look and see, you who are blind.

Who is blind except my servant,

So deaf as the messenger I send?

Who is so blind as the one rewarded,

So blind as the servant of Jehovah?

You see many things, but you do not keep watch.

You open your ears, but you do not listen.

For the sake of his righteousness,

Jehovah has taken pleasure in magnifying the law and making it glorious.

But this is a people plundered and pillaged;

All of them are trapped in the holes and hidden in the prisons.

They have been plundered with no one to rescue them,

And pillaged with no one to say: ‘Bring them back!’” 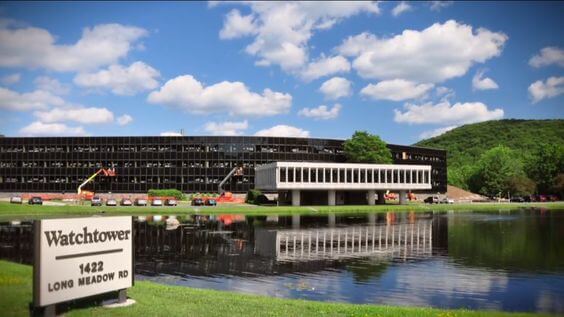