Reactions to the latest Kingdom Bulletin

Reactions to the latest Kingdom Bulletin

I will come against those living in security.—Ezek. 38:11.

Soon, our lives will seem to be in peril. By the climax of the great tribulation, the governments of this world will have devastated and completely destroyed religious organizations that were larger and more numerous than ours. Jehovah prophetically describes our vulnerable condition as “the land of unprotected settlements . . . , unprotected by walls, bars, or gates.”  With our physical eyes, it will appear that we have no chance of survival. How will you react? We need not waver in fear. Why not? Because Jehovah has foretold that attack on God’s people. He has also foretold the outcome. “‘On that day, the day when Gog invades the land of Israel,’ declares the Sovereign Lord Jehovah, ‘my great rage will flare up. In my zeal, in the fire of my fury, I will speak.’”  God will then destroy all those who want to harm Jehovah’s people.

Soon, Jehovah’s Witnesses will feel as though their world has been turned upside down. And indeed, it will be.

As has, again, been demonstrated to me personally —most recently from the hair-on-fire reactions to the latest Kingdom Bulletin electronic blast-out — judging by the few email responses from Jehovah’s Witnesses who seemed highly indignant to have had their personal protective bubbles threatened with immediate rupture, it may be assumed that they are a representative sampling of the vast majority who are determined to keep their eyes tightly shut until the bitter end.

It is amazing to me that merely pointing out the obvious, looming threat of what many sober-minded observers are calling World War Three, can spook Jehovah’s Witnesses so badly. Besides the obvious hypocrisy of objecting so vehemently to receiving an unsolicited Bible-based message, which Jehovah’s Witnesses routinely thrust upon unwelcoming householders, doing so as their God-assigned duty, it is the utter refusal on the part of supposedly spiritually-minded people to make sure of their own belief that is most disturbing.

But mind you, it is not the fear of having missiles flying overhead that causes such a reaction. Global financial collapse doesn’t concern them either. Food shortages, lethal pandemics? No problem. Bring them on! 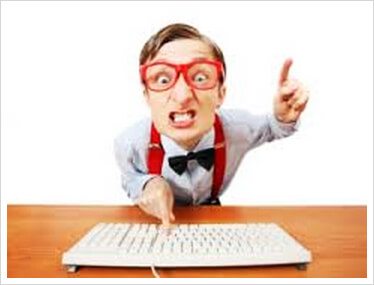 What terrifies Jehovah’s Witnesses more than anything is that the Watchtower could be so utterly and thoroughly wrong. And again, it is not that Jehovah’s Witnesses cannot accept that there will probably be another world war. It is the fact that global war along with all the other things foretold in prophecy, will mean that the conclusion has begun; that Christ has begun ruling as King in God’s Kingdom. In what would otherwise signal the best possible news will come as a stunning blow to the millions of Jehovah’s Witnesses who have been so completely hypnotized by Watchtower’s invisible parousia phantasm.

How will you react? Well, Jesus said of that day: “Then, too, many will be stumbled and will betray one another and will hate one another.”

Because the faith of Jehovah’s Witnesses is so dominated by the Watchtower its stunning collapse at the outbreak of world war will cause many to stumble. How could it be otherwise? We may be certain that some who now appear to be stalwart Christians will hate and betray their former brothers when it all comes crashing down.

Perhaps you can now better appreciate why Jehovah requires that we have faith in him and not even in the men whom Christ appoints as spiritual guides. The reason that is so is described in Isaiah: “And the wisdom of their wise men will perish, and the understanding of their discreet men will be hidden.” —Isaiah 29:14

Message for the Governing Body of Jehovah’s Witnesses

“Don’t know how you got my email address but if you ever send me this pathetic apostate material again, I’ll report you for harassment. Never message me again”

“Don’t bother me ….you are against the God who has given you everything.  What hope do you give to people?. Nothing!! You just try to smash the.truth just like SATAN.
LEAVE ME ALONE.”

“In your “Bulletin” you have made a study of Jehovah’s Witnesses, this study would have been better used to study Jesus parable in Mat. 24 and other bible books pertaining to the last days.”

“Do not send us any more emails, please erase is from your data base!!

“I believe that you have this email address in error. I have no idea how you came to have it nor do I have any interest in receiving or reading your blog. Please remove this email from your address book without delay.”