Do you belong to God’s spirit-directed organization?

Do you belong to God’s spirit-directed organization?

Imagine that a friend gives you a car as a gift. He hands you the title and says: “I will keep the keys. And I will be the one who drives the car, not you.” How would you feel? Now think about what Jehovah rightfully expects of a person who makes a dedication to him, a person who tells him: “I am giving you my life. I belong to you.” What if that person were to start living a double life, perhaps secretly dating an unbeliever? What if he were to accept employment that crippled his whole-souled service in the ministry or attendance at Christian meetings? Would that not be like keeping the keys to the car? A person who dedicates himself to Jehovah is, in effect, saying: “My life belongs to you more than to me. If there is ever a conflict between what you want and what I am inclined to want, what you want will win—every time.” That would reflect the thinking of Jesus, as stated in today’s text.

As long as we are using silly car illustrations: Imagine that you wish to give your car to someone as a gift. But when you go to transfer the title to the recipient you realize that someone has fraudulently inserted their name on the title. Legally it is not your car to give away.

This might illustrate the position of Jehovah’s Witnesses and their dedication. Although one may earnestly wish to dedicate themselves to God and Christ the Watchtower has insidiously inserted itself into the sacred contract as your master.

Nowhere is that more evident than in the so-called baptismal vows that have been scripted by the Watchtower, so that since 1985 every person wishing to be baptized is required to publicly proclaim “yes” to the following question: “Do you understand that your dedication and baptism identify you as one of Jehovah’s Witnesses in association with God’s spirit-directed organization?”

Obviously if someone has studied and progressed to the point of baptism they have been vetted by the elders and surely recognize that their baptism will identify them as one of Jehovah’s Witnesses. That being true, why is it required to publicly confess to belonging to the organization? Has God required this of you? Did first century Christians declare they were in association with the spirit-directed apostles?

Actually, some did identify themselves as belonging to prominent Christian elders, which is why in the opening words of his first letter to them the apostle Paul reproved some of the Corinthians who claimed to belong to Paul and Cephas and others. Surely, Paul was a spirit-directed man, as the Watchtower claims it is; so, why did the apostle object so vigorously to some of the Corinthians claiming to belong to him? Paul’s answer says it all: “Paul was not executed on the stake for you, was he?”

We might well pose the same question: Were any of the Governing Body executed on the stake for you?

The real problem is this: We all tend to be followers of men. It is a tendency in everyone of us. That is why even though they were anointed and had miraculous gifts of the spirit some of those in the Corinthian congregation claimed to belong to certain prominent apostles. Whereas, Paul took strong measures to squash that tendency, sadly the Watchtower promotes it. And that is a problem.

I do not believe that being snookered into confessing that one’s baptism identifies them as being in association with God’s spirit-directed organization in any way diminishes our dedication to God and Christ. Like those Corinthians who confessed that they belonged to so-and-so, we only belong to God’s spirit-directed organization if we make it so.

The downside of actually giving our heart to a spirit-directed organization is that when one is confronted with the fact that the spirit directing the organization is not always God’s spirit, then the faith of the devotee is put to the test.

Given the fact that there is now a growing number of persons who are leaving off from association with what they once confessed to recognize as God’s spirit-directed organization, it is apparent that Jehovah’s Witnesses are followers of men to a great extent. That becomes most apparent when persons cease to strive to do God’s will because of the hypocrisy and unfaithfulness on the part of the leaders of the so-called spirit-directed organization. In other words, such persons base their dedication to God upon the actions of others. As long as they perceive their leaders to be true they stay the course. When they perceive their leaders to be hypocritical then that nullifies their dedication.

Jesus foretold this developing situation when he said: “Then, too, many will be stumbled and will betray one another and will hate one another. Many false prophets will arise and mislead many; and because of the increasing of lawlessness, the love of the greater number will grow cold. But the one who has endured to the end will be saved. And this good news of the Kingdom will be preached in all the inhabited earth for a witness to all the nations, and then the end will come.”

It should be evident that the increasing of lawlessness Jesus foretold does not have anything to do with common street crimes. The increasing lawlessness and growing loss of love directly impacts Christians; otherwise, why would it be necessary to endure to the end? No, those who are stumbled and who will hate and betray one another are Christians. For example, the Watchtower’s ongoing war against the victims of child abuse is lawlessness —being against the law of Christ that requires judges to support the disadvantaged orphans. No doubt many of already been stumbled by the Watchtower’s treachery and gross hypocrisy.

But the reason many have been stumbled and will yet be stumbled and betray one another, is because they are followers of men. And the trend already set into motion will only continue to worsen, as wicked men and imposters advance from bad to worse.

While the false prophets have already risen and have embedded their lies as the very foundation of God’s spirit-directed organization; namely, that Jesus began ruling the world in 1914 —the glorification of the organization will get worse and the false prophets will become outright anti-Christs when the end comes —the time of the end, that is. Then it will be impossible for mere followers of the spirit-directed organization to be saved. That is because Christ will require his followers to get out when once the disgusting thing stands in the place of God.

“OTHER MASTERS BESIDES YOU” 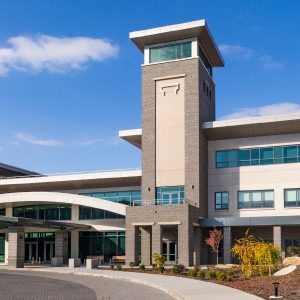 Speaking of the judgment of the house of God to come, Isaiah places himself in the future, saying to God for us: “O Jehovah, you will grant us peace, because everything we have done you have accomplished for us. O Jehovah our God, other masters besides you have ruled over us, but we make mention of your name alone. They are dead; they will not live. Powerless in death, they will not rise up. For you have turned your attention to them to annihilate them and destroy all mention of them.” —Isaiah 26:12-14