The 1914 Kingdom-came fantasy lives on, for now

The 1914 Kingdom-came fantasy lives on, for now

Pay attention to yourselves that your hearts never become weighed down . . . and suddenly that day be instantly upon you as a snare.—Luke 21:34, 35.

Events on the world scene clearly indicate that Bible prophecy is now being fulfilled and that the end of this wicked system of things is imminent. Therefore, we should not assume that much time is needed for the state of this world to develop to the point where “the ten horns” and “the wild beast” of Revelation 17:16 turn on Babylon the Great, the world empire of false religion. Let us bear in mind that God will “put it into their hearts” to make that move—and this could happen swiftly and at any time! (Rev. 17:17) The end of this entire system of things is not far off. With good reason, we should heed Jesus’ warning as given in today’s text. (Rev. 16:15) Let us be resolved to serve Jehovah with a sense of urgency, confident that he “acts in behalf of those who keep in expectation of him.”

From the very first gathering of Bible students C.T. Russell was talking about 1914. When the Watchtower first went into publication 1914 was projected as the year of destiny. And sure enough, on June 28 of 1914 Arch Duke Ferdinand was assassinated in Sarajevo, Serbia. By August all of the European powers had declared war upon each other. A seemingly insignificant event triggered a chain reaction of developments that sparked the outbreak of the madness that became known as the First World War. In October of that fateful year Pastor Russell announced that the Gentile times had ended.

But nothing else proceeded as expected. The war dragged on and on, and C.T. Russell unexpectedly passed away in 1916. A power struggle ensued at Bethel. Judge Rutherford managed to secure the presidency, but he and seven other Bethelites were carted off to prison. As a result of the tumult, when the dust of war had settled over half of the Bible Students refused to any longer be associated with the Watchtower. They had been stumbled.

Amazingly, more than a century later the Watchtower is still touting 1914 as the most important date in all human history.To be sure, the coming of Christ in his Kingdom is the most important event, one that will impact everyone living in a most profound way and set in motion a chain of events that will bring about the end of this world and the beginning of the new. It is just that it did not happen in 1914.

According to the Watchtower, though, virtually all prophecy has been fulfilled already. The next big thing on the prophetic calendar is the end of Babylon the Great. That’s it.

As if to counter the information disseminated on e-watchman, the Watchtower’s Daily Text assures Jehovah’s Witnesses that although the political situation in the world presently is such that a sudden attack on organized religion is virtually impossible, God can make it happen overnight. Indeed, it will require a miracle on Jehovah’s part for the Watchtower’s inchoate patchwork of prophecy to turn out to be true. 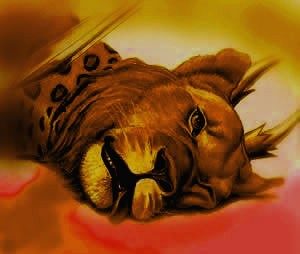 The most obvious fraud of interpretation is the notion that the wild beast has already received the mortal head wound and revived and given life to the idolatrous image of the beast, which is a necessary preliminary for the beast to become empowered to the point of eliminating the whore of Babylon. Incredibly, according to the Watchtower the Anglo-American duo received a mortal deathblow as a result of their resounding victory over Germany and the Austro-Hungarian and Ottoman empires.

Perhaps even more absurd, Bethel’s prophets insist that the inept League of Nations was the image of the beast that all peoples were required to worship upon pain of death. Reality does not seem to factor into the Watchtower’s dogma, such as the inconvenient fact that the United States was not even a member of the impotent League of Nations. That being so, how could it possibly be true that the League put under compulsion all peoples of the earth? No matter. The fantasy lives on!

But the Watchtower is right: “events on the world scene clearly indicate that Bible prophecy is now being fulfilled.” How true. As foretold in prophecy the stupid prophets have been determinedly plastering their flimsy partition wall with coat after coat of whitewash in hopes of preserving it indefinitely. They have, however, been put on notice that their wall is doomed to fall with a thud. (See article: The Wall Must Fall)

Meanwhile, just as in the run-up to the First World War, the nations now are being maneuvered into aligning into two opposed blocs and both blocs are feverishly preparing for the next world war.

The stage is set for the second coming of Christ and the stumbling of many. And just as occurred during the First World War, the false expectations promoted by the Watchtower has made such an outcome inevitable.