Will there be a world government?

Will there be a world government?

JW.org has a new banner article that appears in Awake! magazine on the topic of world government.

The Watchtower derived its name and corporate logo from the scriptures; most prominently from Isaiah 21:8, which says: “Upon the watchtower, O Jehovah, I am standing constantly by day, and I am stationed at my guardpost every night.”

The question is, is there actually someone stationed upon the symbolic watchtower who is genuinely on the lookout, who actually discerns what is coming?

What goes unacknowledged is that the various manufactured crises could be handled by nations simply cooperating together, as they have already been doing in many ways.

The men who appear to be manning the earthly guard post have written reams about the United Nations, in some respects, counting all the little snippets and factoids, they have written more about the United Nations than they have God’s Kingdom, especially for the decade when the Watchtower was in a binding political partnership with the UN from 1992-2001 and published smarmy articles such as are cited here.  (Strange Bedfellows) Surely, Bethel is thoroughly familiar with the UN’s plethora of programs. But, again, the question remains: Will the United Nations actually become a world government that will supersede national governments?

Jehovah’s Witnesses should be especially interested in that question given the fact that they expect the United Nations to destroy Babylon the Great in the near future. Is there any way to actually know the truth? And does it really matter? Surely, God knows. The question is then, does the Bible reveal such a thing?

Bethel’s seers adroitly dance all around the question without ever committing themselves one way or another. But needless to say, if the UN is to carry out the words of God against false religion globally it would have to be much more powerful than it is now. 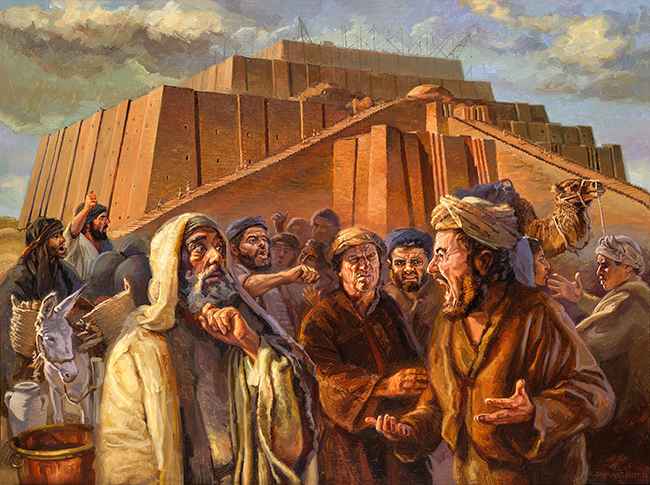 World government is not a new concept. The first attempt at world government took place over 4,000 years ago, when a tyrant by the name of Nimrod schemed to make himself king over all of the small but rapidly growing human family. Nimrod undertook a massive building project to erect a huge tower—the infamous Tower of Babel. Nimrod was acting in defiance of Jehovah, who had ordered mankind to spread out and fill the earth.

It is apparent that God confused mankind’s language in order to force the development of different nations with borders. In other words, a nationally divided earth was God’s answer to world government under the rule of Satan the Devil. Of course, after Babel, various civilizations developed, and from these great empires arose and conquered and subjugated nations and peoples. Still, none of them became a world government. Even the British Empire, which ruled over a quarter of the world, did not achieve total supremacy.

However, in this modern age the language barriers God erected to thwart Nimrod have largely been overcome. As God long ago noted, “there is nothing that they may have in mind to do that will be impossible for them.” How true. Men have come up with all kinds of schemes and devices and now have the power to enslave humanity and even destroy the entire planet in an instant.

But back to the question: Will there be a world government prior to the end of the human system? The answer is yes. The Bible indicates that a short-lived eighth king will reign and all the kings of the earth will give him their authority.

At the present moment in history, the architects of world governance have announced a new phase of what H.G. Wells called the “open conspiracy,” which they have dubbed the Great Reset.  Evidently, the reset can only be accomplished if the present, deeply entrenched political systems are destroyed. That is why the so-called deep state is aggressively promoting war between the world’s nuclear powers. NATO and the US against Russia and China. One crazed American senator has even called for America to make a nuclear first strike on Russia. He seems not to realize or care that there are submarines prowling the depths of the seas that would respond to any attack on Russia by raining down hundreds or even thousands of nuclear warheads. 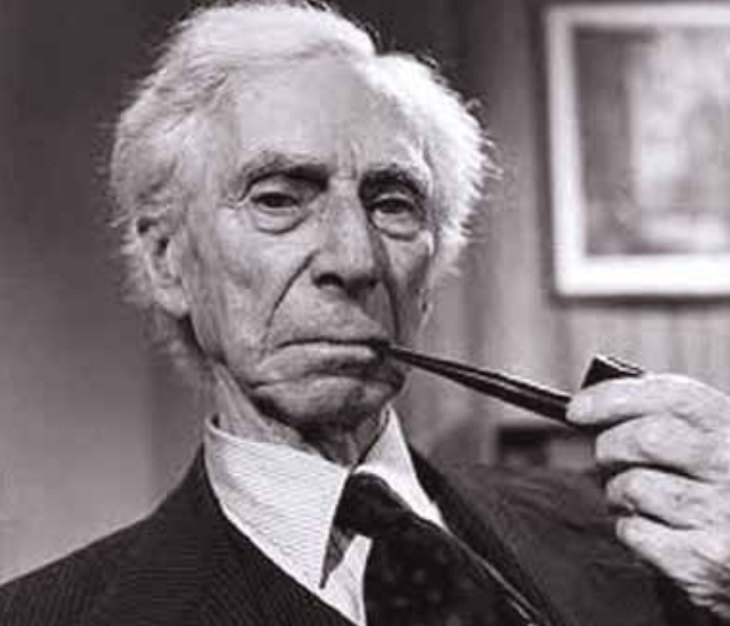 The Awake article cited an open letter Albert Einstein penned in the aftermath of the destruction of Hiroshima and Nagasaki to the newly-formed United Nations General Assembly urging them to take on the role of a world government to prevent the unthinkable.

Oddly, some years before that Einstein had written a letter to President Roosevelt urging him to create a crash program to develop the atom bomb because the Nazis were close to attaining it. Lord Bertrand Russell was the foremost proponent of its use even upon a vanquished Japan that had already made overtures of surrender. Russell, the British Empire’s genocidal philosopher whom the Watchtower is fond of quoting, saw an opportunity to terrorize mankind into accepting an Anglo-controlled world government. Evidently, though, it was not God’s time to commence the hour of test that is destined to come upon the world.

Now, 75 years since the establishment of the United Nations, it appears as if a determined drive is underway to completely destroy the nation-state system. That is why, for example, the nations of Europe and the United States are not allowed to have secure borders. A nation without borders is not really a nation. That is why national holidays and national heroes and their monuments are denounced. That is why lawlessness is promoted. Looters and thieves are allowed to run wild. Financial pirates plunder with impunity. A nation without enforced laws is not really a nation. That is why the currency of Western nations is being debased via inflation. A nation without a viable currency is not a nation. That is why through the machinations of the privately owned Federal Reserve Bank the world’s greatest creditor nation has, over the course of a single generation, now become the greatest debtor in history. That is why the situation has come about so that even the slightest uptick in interest rates will crash the global financial system and render the mighty USA insolvent and subject to being placed into receivership by the London-headquartered international banking cartel. I have written about this for many years. (Downfall of America)

With the release of the lab-born virus known as Covid19, the World Health Organization has been brought to the fore as the answer to all health-related issues, which is summed up in two words: Universal vaccination.

The secondary question: is the Watchtower really functioning as a watchtower? And the answer is no. The Watchtower’s watchmen are described in Isaiah: “His watchmen are blind, none of them have taken note. All of them are speechless dogs, unable to bark. They are panting and lying down; they love to slumber. They are dogs with a voracious appetite; they are never satisfied. They are shepherds who have no understanding.” — Isaiah 56:10-11

The reason the Governing Body and all their helpers cannot discern where we stand in relation to unfulfilled prophecy is because they cling to the delusion that virtually all prophecy has already been fulfilled. For example, the second Psalm speaks of the anti-God conspiracy that brings all the kings of the world together as one—united in their opposition against the Kingdom of Christ. “The kings of the earth take their stand and high officials gather together as one against Jehovah and against his anointed one. They say: “Let us tear off their shackles and throw off their ropes!”

In their blindness, the seers claim the Psalm was fulfilled shortly after 1914. Supposedly, all of the leaders of the world refused to accept the Watchtower’s message that Christ was ruling and they banded together under the banner of the League of Nations—except that cannot possibly be true. For one thing, back then the Watchtower taught that the Kingdom had begun ruling in 1878. 1914 was supposed to be the end of the world. It was not until around 1930 that the Watchtower reworked their story to make 1914 the year Christ began ruling. So, how could the nations be opposed to something that did not exist even by the Watchtower’s own words?

Secondly, the United States, the most powerful nation in the world, was not even a member of the impotent League. So, how could all of the kings of the earth stand as one in opposition if there was no such unity in reality?

The slumbering dogs just can’t bark. The shepherds have no understanding.