Who Really Is the Faithful and Discreet Slave?

Who Really Is the Faithful and Discreet Slave?

Who really is the faithful and discreet slave?—Matt. 24:45.

In the first century, there was hardly a reason to ask such a question. The apostles could perform miracles and even transmit miraculous gifts as proof of divine backing.So why would anyone need to ask who really was appointed by Christ to take the lead? In 1914, however, the situation was much different. The harvest season began in that year. The time had finally arrived to separate the weeds from the wheat.  As the harvest season began, a vital question thus arose: With many imitation Christians claiming to be Jesus’ true followers, how could the wheat—anointed Christians—be identified? The illustration of the faithful slave provided an answer. Christ’s anointed followers would be the ones who were well-fed spiritually. 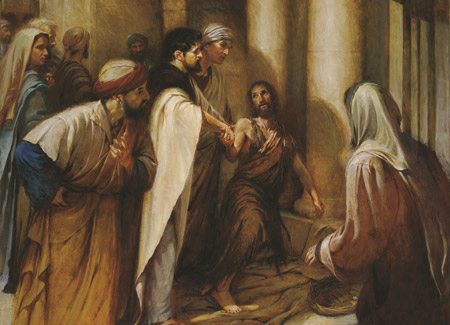 Contrary to the Watchtower’s assertion that the apostles were unquestioningly accepted because they had miraculous powers, the apostle Paul was disrespected by the leading men within the Corinthian congregation — the elders. In spite of the fact that he established Christianity in that Grecian city, those whom Paul dubbed “the super-fine apostles” slandered him as having a weak personal presence and being a horrible public speaker. They raised doubts about Paul having divine backing. The inspired apostle revealed that such men were mere agents of Satan.

But if men who were false apostles went undetected by the brothers and sisters in the Corinthian congregation, why do Jehovah’s Witnesses assume to have the ability to discern who is faithful and discreet?

In his letters to the congregations in Revelation Jesus similarly spoke of those who were embedded within the congregations who were treacherously trying to mislead others. There was Balaam, Jezebel and the sect of Nicholaus. And there were those from the synagogue of Satan who pretended to be apostles. In fact, Jesus commended certain ones in the Ephesian congregation who put the self-proclaimed apostles to the test and found them to be liars.

And contrary to the notion that the harvest got underway in 1914, the arrival of the master will also initiate the harvest of the wheat and the bundling of the weeds to be destroyed. These both grow in the same “field” — the same congregation — up until the moment the powerful angels of Christ are dispatched to commence the uprooting of the weeds and the gathering of the wheat. Surely, the field is now ripe for harvest.