Where is this Promised Presence of His?

Where is this Promised Presence of His?

Whether or not you believe in the Second Coming of Christ, most people throughout the world at least know something of the concept—even those who do not even consider themselves to be Christians. Perhaps even more widespread than the various forms of Christian eschatology, though, is the knowledge of Noah’s Flood.

Again, whether persons believe there really was a global deluge is not the point. The fact that nearly all persons of the world have heard some form of the Bible story of the Deluge is significant. And though the return of Jesus Christ and Noah’s great flood may seem totally unrelated, they are not. Jesus himself made the connection when he stated at Matthew 24:37-39: “For just as the days of Noah were, so the presence of the Son of man will be. For as they were in those days before the flood, eating and drinking, men marrying and women being given in marriage, until the day that Noah entered into the ark; and they took no note until the flood came and swept them all away, so the presence of the Son of man will be.”

While most Bible translations use the word “coming” instead of “presence,” the New World Translation of the Bible more accurately renders parousia as presence. The Greek word, parousia, literally means “an appearance alongside.” True, Jesus also spoke of his coming, but his coming and presence are somewhat different. It is his coming and arrival at a definite point that initiates a period that is called the parousia, during which time Jesus will ultimately appear alongside the chosen ones and the angels will spearhead a great separation of peoples into two camps – the saved and the unsaved – “just as the days of Noah were.”

Of course, Jehovah’s Witnesses believe that Jesus’ presence commenced in 1914 and has been an ongoing reality for almost a century now. But if that is the case, why has the present world not been swept away by God’s judgment by now?  Did not Jesus liken his presence (parousia) to the day that Noah and his clan entered into the ark? Hold that thought…

Consider, also, what the apostle Peter wrote concerning the parousia and the Flood: “For you know this first, that in the last days there will come ridiculers with their ridicule, proceeding according to their own desires and saying: ‘Where is this promised presence of his? Why, from the day our forefathers fell asleep in death, all things are continuing exactly as from creation’s beginning.’ For, according to their wish, this fact escapes their notice, that there were heavens from of old and an earth standing compactly out of water and in the midst of water by the word of God; and by those means the world of that time suffered destruction when it was deluged with water. But by the same word the heavens and the earth that are now are stored up for fire and are being reserved to the day of judgment and of destruction of the ungodly men.”

Jehovah’s Witnesses may assume that the foretold ridiculers deny the reality of the sign of Christ’s presence, but that does not appear to be how the passage in Peter is to be understood. According to the context of Peter’s writing, the scoffers fail to take note of God’s previous judgment of the ancient world. In other words, the ridiculers refuse to accept the Flood as an actual, historical occurrence. And on that basis they ridicule the notion of any future day of judgment during the presence of Christ.

There are a couple of factors to consider. One: Notwithstanding the error of the Watchtower’s 1914 parousia doctrine, the ridicule is apparently in response to the preaching work of Christians who announce the coming of Jehovah’s kingdom. So, as people are confronted with the issue of divine judgment they give voice to their ridicule of the message. Secondly, for more than a century there has been a systematic effort on the part of the scientific and academic communities to undermine the credibility of the Bible – particularly the Genesis account of the Creation and the Flood.

Prior to the Industrial Age the peoples of Christendom generally accepted the account of Noah’s Flood as authentic and tended to view the history of the earth, such as geologic formations, fossils and such, as a manifestation of the catastrophe wrought by the Great Flood. But toward the latter part of the 18th century that convention began to be challenged. 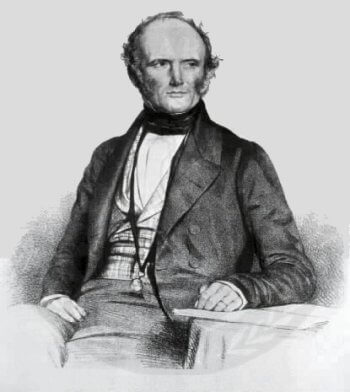 Several Scotsmen are credited with creating what has become modern geology and with it, a concept called uniformitarianism. Uniformitarianism’s foremost proponent was the Scotsman, Charles Lyell; whose work was ultimately supported by the Crown. The uniformitarian theory has since become the cornerstone of all geologic science.

The uniformitarian theory, as defined by Wikipedia, “assumes that the same natural laws and processes that operate in the universe now, have always operated in the universe in the past and apply everywhere in the universe. Its methodology is frequently summarized as ‘the present is the key to the past,’ because it holds that all things continue as they were from the beginning of the world.”

Amazingly, the uniformitarian doctrine explicitly states what is attributed in prophecy to the ridiculers of God’s judgments, namely: “all things are continuing exactly as from creation’s beginning.”

Without a doubt, the ridicule of the ridiculers stems from what is commonly accepted as “scientific truth.” But as is the case of evolution, uniformitarian theory has become “truth” through tyranny. (Northwest Creation Network)

(The alternative to uniformitarianism is catastrophism. John Whitcomb and Henry Morris are credited with reviving catastrophism with the publication in 1961 of the Genesis Flood. An abbreviated version was released in 1988 calledThe World That Perished. A synopsis of catastrophism is presented in an essay on Ezine. Unfortunately, the cause of catastrophism is undermined by the fact that many of its proponents are also “young earth creationists.”)

One of the primary objections to the Genesis Flood is the question of where all the  water that inundated the earth originally came from and where it went afterwards. After all, the Genesis account says that the waters covered every tall mountain. Presumably that would have included Mount Everest. But Everest is nearly 30,000 feet above sea level. There is not enough water on the planet to cover the earth to that depth. 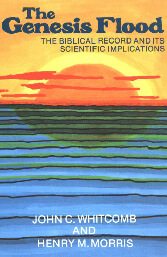 Of course, that is assuming that Mount Everest was 30,000 feet tall during the time of the Flood. Was it? Not according to the Scriptures. Psalms 104: 8 indicates that the mountains were much lower then and that immediately after the Flood  “Mountains proceeded to ascend, (and) valley plains proceeded to descend—to the place that you have founded for them.”

The geologic record testifies to the fact that even the tallest mountains, including Everest, were once submerged under the ocean, evidenced by seashells and the fossilized remains of fish.

Another common objection to the Flood is how the atmosphere could have possibly contained the amount of water sufficient to inundate the entire earth, even if the present mountain ranges were much lower. Would-be-defenders of the Genesis Flood have advocated the notion that the earth was once shrouded in a canopy of water vapor. The website, talk-origins, humorously points out that the vapor canopy hypothesis holds no water.

However, the Bible does not teach that there was a water vapor canopy over the earth. Genesis clearly states that the waters covering the earth were divided, so that a mass of water in liquid form was suspended over the earth. The second letter of Peter echoes that as well, describing the earth as ‘standing compactly out of water and in the midst of water, by the word of God.’ The Hebrew word translated as “deluge” literally means “heavenly ocean.”

Of course, the uniformitarian would equally object to a heavenly ocean being suspended over the earth, since according to that theory the only forces in operation in the distant past are in operation now. So, uniformitarian doctrine rules out the operation of any sort of supernatural power. Yet, the Bible clearly states that the heavenly ocean was not put in place by natural forces, such as evaporation or condensation. As already cited above, the heavenly ocean came into existence by the word of God. The apostle was obviously referring to Genesis 1:6-7, which states: “And God went on to say: ‘Let an expanse come to be in between the waters and let a dividing occur between the waters and the waters.’ Then God proceeded to make the expanse and to make a division between the waters that should be beneath the expanse and the waters that should be above the expanse. And it came to be so.”

The operation of God’s creative power supersedes the natural forces God has in place. Just as all creation, both plant and animal life, have not come into existence by the natural forces now in operation, so too, it should not be assumed that the waters of the deluge could not have originally been suspended by the power of God and thereafter been subject to the so-called natural laws.

For example, although it is impossible to say exactly how Jehovah may have brought it about, just as it is impossible to explain how life on earth supposedly came into existence by natural means, it is not out of the realm of possibility that a large volume of water could have been suspended in a relatively thin layer far above the earth in what is called the thermosphere.

But according to the uniformitarian theory, that cannot have happened. God cannot do that. So, as the scripture states, ‘according to their wish this fact escapes their notice.’

Just as the earth once stood in the midst of waters from below and waters above, the apostle went on to explain that by the same word of God the heavens and earth that presently exist are stored up with fire. In what sense could that be?

Within the past 50 years the nations have literally acquired the means to destroy the world. Planes and intercontinental ballistic missiles can rain nuclear fire down upon any place on earth. Even one nuclear bomb detonated at high altitude can destroy an entire nation’s electrical and transportation infrastructure in a phenomenon known as electro magnetic pulse (EMP.)

Although within the pages of the Bible God has given his promise that he will not allow the earth to be destroyed, through the prophets God has decreed that a killer called “the tyrant of the nations” shall devour the world and provoke God’s wrath. Because the Hebrew prophets, as well as Revelation, prophesy that the nations will be enveloped and destroyed as a prelude to Christ’s direct intervention, in that sense the heavens and earth may be said to be stored up with fire by the word of God.

ADDITIONAL LINKS TO SITES OF INTEREST

Flood Legends from Around the World

How did animals get from the Ark to isolated places, like Australia

Do ice cores show many tens of thousands of years?