When you see these things happening…

When you see these things happening…

This is part two of the series of articles examining the July 2022 Watchtower.

Under the subheading, How to Perceive Christ’s Presence as King of God’s Kingdom, paragraph six says:

Near the end of his earthly ministry, Jesus foretold certain world events that would help his followers know that he had begun ruling in heaven. Among other things, he mentioned wars, famines, and earthquakes. He also foretold that there would be pestilences, or diseases, “in one place after another” —of which the recent COVID-19 pandemic is an example. These events are part of what the Bible calls “the sign” of Christ’s presence.

If you are one of Jehovah’s Witnesses or someone who has studied with them, then you are surely aware that for many decades—actually, for longer than anyone living has been alive—the Watchtower has been proclaiming that the conclusion of the system and the parousia have begun. Yes, it is true, Jesus foretold there would be wars, famines, pestilences, and earthquakes. And it is easy to see why Jehovah’s Witnesses believe 1914 was the beginning of the pangs of distress. The First World War was horrific. Then came the even more deadly Spanish Flu pandemic. 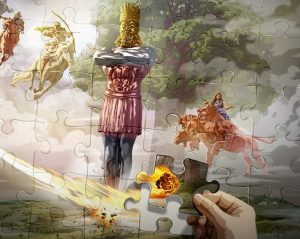 However, if arranging all of these separate prophetic events into a unified picture is like fitting pieces of a puzzle together, as the Watchtower has so cleverly illustrated, then we have a problem. Either the puzzle is lacking quite a few important pieces, or the preconceived picture itself is wrong. What do I mean?

After answering the apostles’ question concerning the “sign,” Jesus went on to say: “Notice the fig tree and all the other trees. When they are budding, you see it for yourselves and know that now the summer is near. Likewise also you, when you see these things happening, know that the Kingdom of God is near. Truly I say to you that this generation will by no means pass away until all things happen.” — Luke 21:29-32 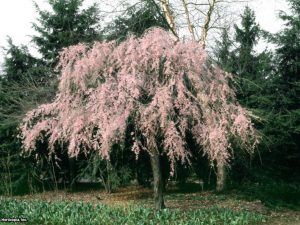 Jesus’ illustration is particularly instructive for us in the northern hemisphere at this particular time of year—spring. Here in Michigan, the early bloomers are just starting to bud. The dogwoods, apple trees, and sugar maples are fully budded. The weeping cherry in the yard exploded with blossoms in the span of about 2 hours when the temperature reached an unseasonably warm 80 degrees the other day. The massive oaks, wild cherries, and hickory trees have another month. But seeing these early bloomers come alive I am fairly confident that by next month it will become obvious that summer is near.

Did you notice the wording of Jesus’ comments above? He said when the trees are budding “you see it for yourself.”

‘So what,’ you say? Well, have you personally seen for yourself any of the things Jesus foretold? Did you personally experience WW1 or did someone tell you about it? How about the Spanish Flu? Maybe a few of you were alive when Hitler launched the Second World War, but most of the present generation were not.

It is apparent that the Governing Body is aware of this glaring deficiency in their interpretation which is why they are compelled to direct attention to the Covid-19 pandemic because that is the only thing that you have personally seen that seems to be a missing piece of the puzzle. Never mind that the viral flu was made much worse by the decisions of the medical system not to use cheap and effective drugs. 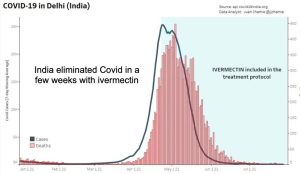 Remember a couple of years ago people in India were being hit hard with the virus? The experts were all wringing their hands over the risk posed by the lab-born virus to a nation with over a billion souls, millions crammed into squalid slums. In response to the emergency, though, the government made ivermectin available to all of its citizens. In a few weeks, the pandemic was over and gone. Poof! The media in the West sunk the story down the memory hole. Truth is not allowed. The truth is, the medical system has killed millions of people through malpractice (Remdesivir) and deadly vaccines. But let’s not get sidetracked.

The real problem with the Watchtower’s 1914 doctrine—even assuming WWI and the Spanish Flu pandemic was the beginning pangs of distress—is that after more than 100 years we still have not seen for ourselves all the things Jesus foretold. How is it even possible to see for ourselves a war that ended before we were born? That is why the Governing Body has been quick to seize upon Covid and now the more recent war in Ukraine. It is much-needed plaster to apply to the whitewashed wall they have the unenviable task of maintaining. (See article: The Wall Must Fall!) But even throwing in the phony Covid pandemic and the military operation in Eastern Ukraine, which may be ending in a short while, you still have the same problem. Actually, it is worse than you might think. 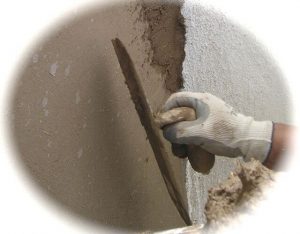 The Watchtower uses current events as if plaster to maintain their 1914 whitewashed wall.

But 1914 was not even the beginning of these things that are destined to occur. For example, Jesus said his followers would be persecuted and killed, thrown from the synagogues, betrayed by family and brothers and brought before governors and kings. Furthermore, Jesus said: “Also, there will be signs in the sun and moon and stars, and on the earth anguish of nations not knowing the way out because of the roaring of the sea and its agitation. People will become faint out of fear and expectation of the things coming upon the inhabited earth, for the powers of the heavens will be shaken.” — Luke 21:25-26

Have you seen powers of the heaven being shaken? Have you ever seen a cruise missile roar across the sky at treetop level? Maybe if you live in Ukraine, yeah. Have you seen hypersonic rockets flash through the heavens and explode in a fireball and mushroom cloud? No one has, not yet anyway; although Russia’s foreign minister just warned that nuclear war was a very real possibility.

It is most telling that the Watchtower has resorted to implying that we will see all these things by watching events on our enormous flat-screen televisions in the comfort of our homes. No doubt the couple in the illustration also has a fully-stocked side-by-side freezer and refrigerator in the kitchen. We might imagine that when the breaking news clip goes to commercial the concerned couple on the couch might engage in a discussion of whether to dine out or just have DoorDash deliver their preferred comfort food.

How can these prophecies benefit us? World events and the noticeable change in people’s attitude would help us discern that Jesus has become King. So rather than become upset when we see people act selfishly and hatefully, we remember that their actions are fulfilling Bible prophecy. The Kingdom is in place! (Ps. 37:1) And we can expect world distress to increase as Armageddon draws ever nearer. (Mark 13:8; 2 Tim. 3:13) Are you not thankful to our loving heavenly Father for helping us to make sense of our turbulent times?

The prophecies can only benefit us if we understand them. And it is most problematic if the would-be interpreters falsely claim the prophecies have been fulfilled already. Notice the Watchtower’s sleight-of-hand in saying “the noticeable change in people’s attitude” is proof that Jesus became king in 1914? We might ask, when did this change of attitude first become noticeable? If Christ has been reigning for over a century why is it just becoming noticeable that people have changed and are becoming more evilly inclined?

What is noticeable, at least from my perspective, is the failure on the part of the Watchtower to include other vital aspects of the comprehensive sign that Jesus provided. Are not all these things important pieces of the prophetic puzzle? For example, after telling his disciples there would be wars, famines, and pestilences, Jesus went on to say: “Then, too, many will be stumbled and will betray one another and will hate one another. Many false prophets will arise and mislead many; and because of the increasing of lawlessness, the love of the greater number will grow cold. But the one who has endured to the end will be saved.” — Mathew 24:10-13

Being stumbled is in reference to going forward in faith. The Bible uses the metaphor of walking with God, walking in the truth, walking by faith, etc. Walking symbolizes our life course. To be stumbled means that we no longer walk on the path of life. So, those who are destined to be stumbled are Christians. No doubt the cause of their stumbling will be the false prophecy promulgated by the Watchtower.

This is not an extraordinary phenomenon. It has happened before. As an example, from the early days of C.T. Russell, 1914 was projected as the year for the culmination. Mind you, the Bible Students back then believed the parousia had already begun in 1874 and the Kingdom came to power in 1878. 1914 was supposed to be the end—Armageddon. Millions of people had some exposure to this strange message. Even as the war began hundreds of thousands were viewing the PhotoDrama of Creation at theaters. But what happened? Russell unexpectedly passed away. The leaders of the Watchtower fought over control and Russell’s successors were hauled off to prison. Meanwhile, the war abruptly ended. Needless to say, the world did not end. When the Cedar Point revivals began in 1919 only a few thousand Bible Students attended. The rest had been stumbled. In typical Watchtower fashion though, they proclaimed that the world had ended.

The Watchtower is on record saying that the sign Jesus provided is like a unique human fingerprint, in that, no two are the same. Okay, that is a valid comparison. However, it is also true that all the things Jesus foretold are still not in evidence. That means that at best the Watchtower is working from a partial print. Still, the cocksure forensics experts at Bethel insist that even the smudged fingerprint they possess cannot be duplicated in the future by a more exacting match. And that, my friends, is why many will be stumbled when the real events begin in the very near future.