When Disfellowshipping Is a Sin

When Disfellowshipping Is a Sin

Quit mixing in company with anyone called a brother that is a fornicator or a greedy person or an idolater or a reviler or a drunkard or an extortioner.—1 Cor. 5:11.

Disfellowshipping is a type of discipline from Jehovah. It protects the congregation from a bad influence and can play a role in the sinner’s recovery. Robert was disfellowshipped for nearly 16 years, during which time his parents and siblings firmly and loyally applied the direction in God’s Word to quit mixing in company with wrongdoers, not even greeting such ones. Robert has been reinstated for some years now and is progressing well spiritually. When asked what moved him to return to Jehovah and His people after such a long time, he replied that the stand that his family took affected him. “Had my family associated with me even a little, say to check up on me, that small dose of association would have satisfied me and likely not allowed my desire for association to be a motivating factor to return to God.”

Paul enumerated the types of sinners that warrant disfellowshipping. They are sexually immoral persons, greedy persons, idolaters, revilers, drunkards or extortioners. That’s it.

However, the Watchtower has added to the list. For example, taking a blood transfusion was a disfellowshipping offense, although in recent years Bethel’s Legal Department has softened that stance due to the growing scrutiny from the secular authorities who see it as coercion, which, of course, it is.

Smoking became a disfellowshipping offense back in 1973. Although it was frowned upon as an unclean practice, which is surely is, prior to 1973 smokers were actually baptized. Then, after a six month warning period unrepentant smokers were disfellowshipped. But Paul did not order congregations to refuse fellowship with persons who practiced some form of uncleanness.

Any criticism of the Watchtower is also considered a disfellowshipping offense. It is viewed as apostasy against God. As an example, a few years ago a well-meaning brother printed out an essay I had written entitled: Imagining Paradise. He shared it with someone in his congregation whom he thought might find it encouraging. He was wrong. Because the article encouraged the reader to use their imagination and go beyond the crude illustrations in Watchtower literature depicting paradise, the brother was disfellowshipped for apostasy.

Another reader a few years ago emailed me regarding a situation involving her aged mother. She had put her mother in a nursing home because she suffered from dementia. Afterwards she implored the elders and others in the congregation to visit her. No one ever did.

However, a kindly churchgoer who was also a live-in patient invited the sister to go with her to her church. So the sister accepted. The elders got wind of it. They then headed down to the nursing home and promptly disfellowshipped the demented sister for apostasy. She died shortly thereafter and not one from her former congregation paid their respects. 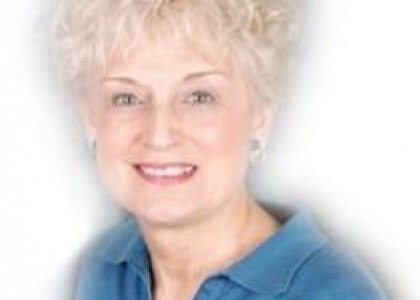 Take the case of Barbara Anderson. Sister Anderson and her husband worked at Bethel headquarters for many years. She did research for the Writing Department. While at Bethel it came to her attention that the Watchtower maintained a database of over 20,000 accused pedophiles.

After being convinced that the leadership of the organization had no interest in revising their policies that shield Jehovah’s Witnesses who commit crimes against children from being prosecuted, she went public. The Governing Body knew that a major tv network was going to expose the Watchtower’s pedophile coverup. So, the week before the program was to air Bethel called sister Anderson’s local congregation and ordered them to disfellowship her in order to discredit her testimony. The charge? Causing divisions.

However, the apostle Paul wrote concerning those who cause divisions. Here is what he wrote in the 16th chapter of Romans: “Now I urge you, brothers, to keep your eye on those who create divisions and causes for stumbling contrary to the teaching that you have learned, and avoid them. For men of that sort are slaves, not of our Lord Christ, but of their own appetites, and by smooth talk and flattering speech they seduce the hearts of unsuspecting ones.”

Paul commanded Christians to keep their eye on those who create divisions and avoid them. That does not mean removing them from the congregation though. Besides, telling the truth about child abuse should be rewarded, not punished.

While there is a scriptural basis for disfellowshipping unrepentant practicers of certain sins, clearly the Watchtower has gone beyond what has been written in the Scriptures and has used disfellowshipping as a weapon of coercion. It is even as Jehovah has stated in prophecy regarding those whom he has appointed as shepherds of his people: “You have not strengthened the weak or healed the sick or bandaged the injured or brought back the strays or looked for the lost; rather, you have ruled them with harshness and tyranny.”

Contrary to the Watchtower’s idiotic assertion that the “shepherds” whom God denounces in Ezekiel are “political shepherds,” the truth is there is a judgment day in store for the leadership of Jehovah’s Witnesses.