What Will the Day of Jehovah Mean for You?

What Will the Day of Jehovah Mean for You?

By faith the walls of Jericho fell down after the people had marched around them for seven days. —Heb. 11:30.

The Israelites were commanded not to attack Jericho but to march around the city once a day for six days and seven times on the seventh day. Some soldiers may have thought, ‘What a waste of time and energy!’ But Israel’s invisible Leader knew exactly what he was doing. Not only did his strategy strengthen the faith of the Israelites but it also spared them direct confrontation with Jericho’s mighty warriors. (Josh. 6:2-5) What can we learn from this account? We may not at times fully comprehend the reasons for new initiatives put forth by the organization. For example, we may at first have questioned the use of electronic devices for personal study, in the ministry, and at the meetings. Now we likely realize the benefits of using them if possible. When we see the positive results of such advancements despite any doubts we might have had, we grow in faith and unity. w18.10 23 ¶8-9

It is spiritually dangerous to assume that everything the organization teaches or puts forward as “new initiatives” is from Christ. The implication is that Jesus guides the Watchtower’s every step. While it is evident that the good news has been preached to the farthest ends of the earth, as Jesus said it would be, and to accomplish that grand work it is also apparent that a publishing organization would be necessary as well as a means of training and directing ministers, even so, the Watchtower is not the end of it.

The present organization of Jehovah’s Christian Witnesses exists for one reason —to facilitate the accomplishment of the preaching, teaching and disciple-making work. Jesus said that the good news has to be preached first. First before what? Before the conclusion —before the day of Jehovah.

It seems to be common sense that Jehovah’s Witnesses would utilize electronic devices. But there is a pitfall. Now that the Watchtower has shutdown the ministry and shuttered every kingdom hall there is no need for millions of magazines to be published every month. No doubt the moneymen at Bethel are calculating the savings that could be had if the presses are permanently shut down too. If the Watchtower goes 100% virtual —as apparently they already have —what will happen if the Internet is shut down or metered so as to disallow certain websites, like JW dot org?

What will Jehovah’s Witnesses do if they are cut off from their daily spiritual food? While many may imagine such a thing to be unthinkable Bible prophecy indicates otherwise.

Did you know that as recently as 1970 the Watchtower taught that the day of Jehovah began in 1914? And, of course, 1914 is still regarded as the most important date in all human history since it was the year of Jesus’ epic second coming —at least that is what the organization’s prophets claim.

The Governing Body makes great brags about the quantity and quality of the spiritual food they provide. They claim that Christendom’s parishioners are starving spiritually while Jehovah’s people are well-nourished. And Jehovah has heard their boast. Consequently: “Look! The days are coming,’ declares the Sovereign Lord Jehovah, ‘When I will send a famine into the land, not a famine for bread or a thirst for water, but for hearing the words of Jehovah. They will stagger from sea to sea and from the north to the east. They will rove about searching for the word of Jehovah, but they will not find it.’” — Amos 8:11-12

There was a time, before the invention of the printing press, when Bibles were non-existent in the many languages of Europeans. Now Bibles are plentiful. So, it is not likely that the Bible will ever become rare. In what sense then will the word of Jehovah not be found? The Watchtower claims to be the mouthpiece of Jehovah. All of Jehovah’s Witnesses believe that to be true. That being the case, the coming spiritual famine can only come about by shutting the mouth of Jehovah’s boastful spokesman.

Despite the hollow claims of the Governing Body, there is only one day of Jehovah. Instances in the books of the prophets where the day of Jehovah is spoken of as having occurred is an example of a type-antitype. In other words, Jehovah’s past judgments cast shadows of the ultimate day of Jehovah during the time of the end.

There is no escaping the day of Jehovah. No Writing Committee can alter the outcome. No Teaching Committee can postpone it. The exalted leaders of the Watchtower are sitting at ground zero. That is why through Amos Jehovah goes on to say: “I will strike down the winter house along with the summer house. The houses of ivory will perish, and the great houses will come to their end,’ declares Jehovah.” — Amos 3:15 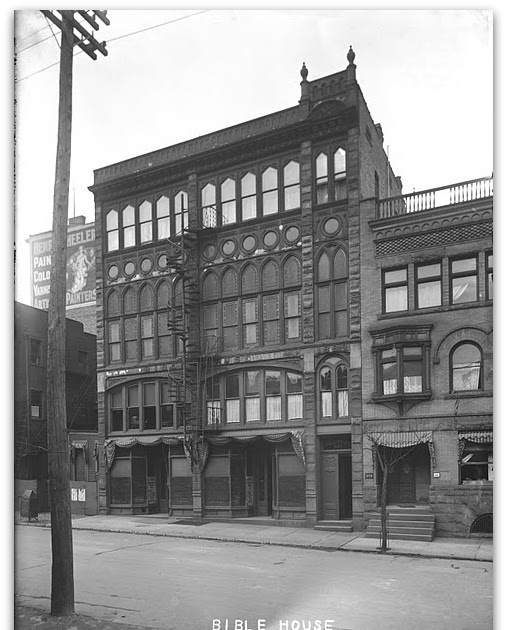 How insightful! While not literally made of ivory, the Warwick headquarters complex is covered in fine granite especially quarried in China for the Governing Body’s luxuriant, lakeside, “summer house.” The exalted ones in England are building themselves a great house too.

The princes of Bethel have come a long way from the humble little Bible house in Allegheny. To justify their extravagance Jehovah’s Witnesses have been led to believe that Warwick and other facilities like Patterson and Wallkill will remain standing after the smoke clears from the day of Jehovah.

Again, how wrong they are!