The JW.org website features an article entitled: What Does 666 Mean?

The Watchtower’s milquetoast answer explains nothing and trivializes the significance of the mark of the beast. The brief article implies that the paragraph below is the Bible’s answer:

According to the last book in the Bible, 666 is the number, or name, of the wild beast with seven heads and ten horns that comes out of the sea. (Revelation 13: 1, 17, 18) This beast is a symbol of the worldwide political system, which rules over “every tribe and people and tongue and nation.” (Revelation 13:7) The name 666 identifies the political system as a gross failure in God’s sight. How?

The statement above is ostensibly true, but very misleading. How so? The Watchtower is implying, as is made evident in the rest of the article, that the entire political system as it presently exists in the form of nearly 200 countries, puts people under compulsion to worship it and receive the mark. However, Revelation indicates that it is a singular image that will be worshipped, just like the golden image that Nebuchadnezzar erected on the plains of Dura when he ordered representatives from the entire realm consisting of many tongues and nationalities, to come and bow before the image.

As far as the significance of the number 666, it stands for something other than failure. Actually, the beast will be successful—at least in terms of what it will be allowed to do.

The number six implies imperfection. Often, numbers are used as symbols in the Bible. Seven typically represents completeness or perfection. Six, being one short of seven, can denote something incomplete or flawed in God’s eyes, and it can be associated with God’s enemies. —1 Chronicles 20:6; Daniel 3:1.

It is not necessary to state the obvious—that human governments are flawed. The 666 signifies that there is a relationship between the seven-headed dragon with seven diadems and the Lamb with seven horns and seven eyes. What is that? They both claim rulership over the world. The 666 symbolizes it is a counterfeit of God’s Kingdom—unable to precisely replicate the heavenly seven on earth, but close enough to be worshipped by the masses. But the counterfeit is not in place yet for the simple reason that Christ is not ruling.

The Bible says that people receive “the mark of the wild beast” because they follow it “with admiration,” to the point of worshipping it. (Revelation 13: 3, 4; 16:2) They do this by giving worshipful honor to their country, its symbols, or its military might. As The Encyclopedia of Religion states: “Nationalism has become a dominant form of religion in the modern world.”

Ah, now the Watchtower betrays its willful ignorance. Actually, nationalism is not the scourge the Watchtower claims. The scourge of mankind is the British Empire. The empire is at war with the nations. Nationalism and populism are anathemas to the globalists. True enough, the empire exploits nationalism when it wants a war, but the intent of the empire is to crush the nation-state system altogether and establish a new world order, a one-world government, like God’s Kingdom.

Already, Prince Charles has set a scheme into motion to destroy energy and food production; meanwhile, the rulers of the US have been subverted by the empire, having installed a puppet head, and now the patriots have become enemies of the state. So much for nationalism. Even the playing of the national anthem at sporting events is considered to be something only white supremacists support. The process of tearing down is well underway, evidenced by the attack on American history and the tearing down of iconic statues, allowing millions of illegal immigrants to flood across the border bringing with them tons of fentanyl to kill off the younger generation, the undermining of the Bill of Rights, and so on. Marxism is simply a front to wreck the nation in order to allow the empire to pick up the pieces.

The worship of the beast is not expressed through mere patriotism. If that was how people received the mark of the beast billions of people would already have it, which, of course, is what the Watchtower is implying. But if that was the case then there is no point in preaching the good news of salvation. Or is the Governing Body too obtuse to recognize that those who receive the mark of the beast are doomed to eternal death? Does not the scripture say that their names are not written in the scroll of life? What does that mean if not permanent death?

The Watchtower’s folly is their fatal attachment to 1914 as the year Christ asserted his kingship; supposedly that was the year the great dragon was hurled down to the earth and then inflicted the fatal wound upon the head of the beast, which apparently quickly recovered and made an image of itself in the form of the League of Nations, of which the leading nation of the world, the U.S.A., was not even a member.

Too bad for them, but it will require the utter crash of the system to jar Jehovah’s Witnesses to their senses. That is what is symbolized by the mortal blow to the head of the beast. The miraculous recovery will mean that the beast will be ruling in total opposition to the Kingdom of Christ. No matter what the Governing Body claims, that is not the case now.

Up to the present moment Christ has used present-day governments to advance his work. America was especially blessed by God as a haven of religious freedom. That is why Jehovah’s Witnesses and the Watchtower have flourished. The mortal blow upon the head of the beast will signify that Christ is done using the governments of this world and anyone who obeys the beast after it ascends from the abyss will prove themselves to be enemies of Jehovah and Christ and not worthy of continued life.

The mainstream media are very keen to report and support the anti-lockdown and anti vaccine passports protests in China. Sadly, they didn’t do this when it happened in other countries. So here’s a quick reminder of what they previously ignored.

The one person responsible for most Ukrainian deaths since Stalin (she's on the right):

That's odd, I would have taken them for opioid users. 😆 via @Benzinga 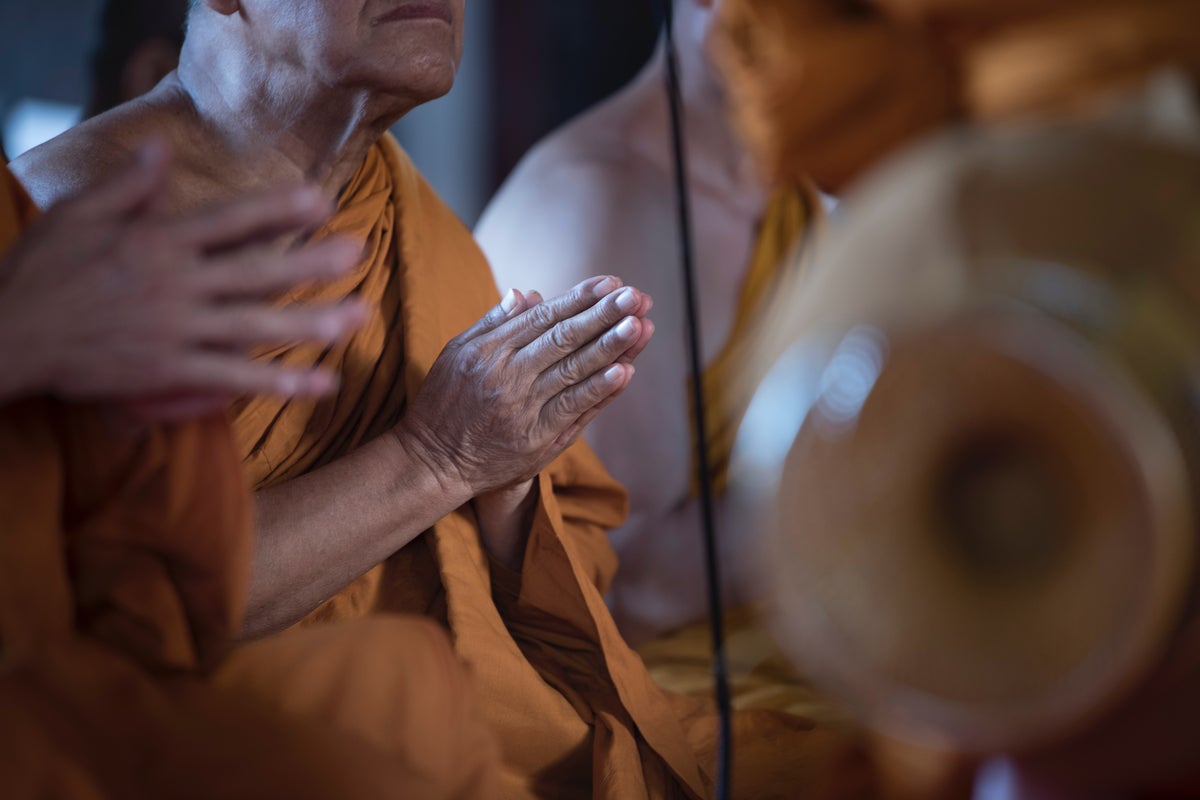 Buddhist Monks In Thailand Test Positive For Meth, Leaving Temple Empty As They Go To Rehab

A Buddhist temple in central Thailand has been left without monks after three of its Buddhist monks and an abbot...

A drone flies around while ordering citizens to stay inside their apartments.