You Did Not Discern the Time of Your Being Inspected

You Did Not Discern the Time of Your Being Inspected

“And when he got nearby, he viewed the city and wept over it, saying: ‘If you, even you, had discerned on this day the things having to do with peace—but now they have been hidden from your eyes. Because the days will come upon you when your enemies will build around you a fortification of pointed stakes and will encircle you and besiege you from every side. They will dash you and your children within you to the ground, and they will not leave a stone upon a stone in you, because you did not discern the time of your being inspected.’”

Jesus uttered those words as he approached Jerusalem for the very last time, preceding his triumphal entry. He then went into the temple and threw out the money-changers and the merchants and sellers of livestock.

Excepting the period when the land lay desolate after Nebuchadnezzar sacked Jerusalem, the holy city, as Jesus called it, had been the place where Jehovah caused his name to reside for nearly 1,000 years.

But with the coming of the Messiah the Jewish system of worship, which was centered in Jerusalem, had fulfilled its purpose.

Three years prior Jesus had also gone up to Jerusalem from Galilee in order to attend the Passover convention. It was his first sojourn to the holy city as the Messiah. And it was on that occasion when Jesus first went into the temple and threw out the merchants.  That occasion could be said to have initiated “the time of your being inspected.”

The inspection would determine if the Jews accepted or rejected Jehovah’s anointed representative. The priests who officiated at the temple and who were versed in the law and familiar with the prophecies should have discerned that Jesus was the promised Messiah.  But they refused to acknowledge him. And even those who recognized that Jesus was a prophet feared being thrown from their synagogue if they openly confessed him. Thus, as Jesus said, the things having to do with peace had been hidden from their eyes.

While these affairs of Jesus may appear to be only a matter of historical importance to Bible readers, Christ’s inspection of his Father’s temple actually establishes a pattern of things to come.

Even before Jesus came to the Earth the prophecy of Malachi foretold that a “messenger of the covenant” would come to his Father’s house with the scouring lye of a laundryman and the smelting fire of a refiner.  Whereas, Moses was the mediator of the law covenant, Jesus is the messenger of the new covenant, which is a covenant mediated by Christ between Jehovah and those who have been anointed by God’s holy spirit.

Concerning his coming the prophecy of Malachi goes on to pose the somewhat unsettling question: “But who will endure the day of his coming, and who will be able to stand when he appears?”

But that would mean that those who were presumably standing then are no longer standing now, obviously due to their having all died off.

Bethel, though, asserts that Jesus’ coming in 1914 was just the beginning, that he has been “standing”, as it were, for over a century now —judging individuals over successive generations. But that simply does not harmonize with the prophecies, nor the pattern provided by Jesus.

However, the apostle Peter indicated that anointed Christians are already under judgment. After exhorting brothers and sisters not to be unduly disturbed by the burning trials of faith they were experiencing, at 1 Peter 4:17-18 the apostle wrote: “For it is the appointed time for the judgment to start with the house of God. Now if it starts first with us, what will the outcome be for those who are not obedient to the good news of God? ‘And if the righteous man is being saved with difficulty, what will happen to the ungodly man and the sinner?’ So, then, let those who are suffering in harmony with the will of God keep on entrusting themselves to a faithful Creator while they are doing good.”

In his letter to the Romans Paul confirmed this ordering of things when he established the principle: “For the Jew first and then the Greek.”

Paul also indicated that the Jew is not one who is a Jew on the outside, by circumcision, but the real Jew is one who has been anointed. “The Greek,” therefore, symbolizes persons who are believers, but who have not been called into the union with Christ. This principle plays out in various ways.

Hence, those who have been called into Christ’s Kingdom must prove their loyalty and faithfulness in this life before they die in order to secure their being part of the first resurrection. They do not receive a “resurrection of judgment,” but are judged prior to their deaths. So, in that sense the judgment started with the members of the house of God with the very advent of Christianity.

However, there is a coming inspection of the entire body of those making up the household of God. In his same 1st letter, in the second chapter, Peter wrote: “Maintain your conduct fine among the nations, so that when they accuse you of being wrongdoers, they may be eyewitnesses of your fine works and, as a result, glorify God in the day of his inspection.”

Whereas, the apostle indicated that the judgment of the house of God had already started he referred to a future “day of his inspection.” That “day” is still in the future. It is the fiery day the prophet Malachi speaks of when he asked: “But who will endure the day of his coming, and who will be able to stand when he appears? 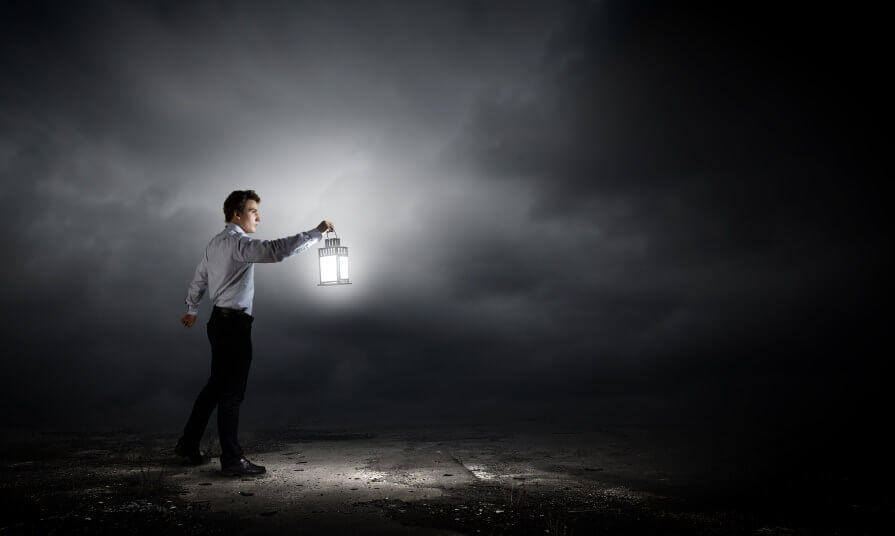 What will that inspection involve? The prophecy of Zephaniah symbolizes Christ’s congregation of anointed “Jews” as the city of Jerusalem. God declares his intention to perform an inspection, to “carefully search Jerusalem with lamps” for the purpose of finding complacent ones.

Concerning the inspection the 1st chapter of Zephaniah relates: “At that time I will carefully search Jerusalem with lamps, and I will call to account the complacent ones, who say in their heart,‘Jehovah will not do good, and he will not do bad.’ Their wealth will be plundered and their houses will be devastated. They will build houses, but they will not occupy them; and they will plant vineyards, but they will not drink wine from them. The great day of Jehovah is near! It is near and it is approaching very quickly! The sound of the day of Jehovah is bitter. There a warrior cries out.”

As the capitol of the Kingdom of David and the place where the Messiah was hailed as King of Israel, Jerusalem was also the birthplace of Christianity, when the 120 disciples in an upper room in Jerusalem were first anointed to become the sharers with Christ in his Kingdom. For those reasons “Jerusalem” is a symbol in prophecy for Christ’s congregation. And the earthly organization under Christ’s authority is the holy place that is to be desolated. (A Tale of Two Cities)

Jesus referred to the inspection and judgment of the house of God in numerous illustrations regarding the faithful and evil slaves. His description of those who are adversely judged confirms what we read in Zephaniah that the “warrior” who will cry out in anguish at the inspection of “Jerusalem” is the same as the evil slave who will be put out to weep and gnash his teeth in the outer darkness.