He became overjoyed in the holy spirit and said: “I publicly praise you, Father, Lord of heaven and earth, because you have carefully hidden these things from wise and intellectual ones.”—Luke 10:21.

Can you imagine what it was like to see Jesus Christ become “overjoyed in the holy spirit”? Perhaps you picture his features lit up by a broad smile, his eyes twinkling with pleasure. What was it that moved him so? He had recently sent out 70 of his disciples to preach the good news of God’s Kingdom. He was keenly interested in how they would handle their assignment. There were many powerful enemies of the good news, such as the clever and highly educated scribes and Pharisees. They influenced many to look down on Jesus as a mere carpenter and on his disciples as “uneducated and ordinary men.”  Nonetheless, the disciples returned from their mission aglow with excitement. They had preached despite opposition, even from demons!

There is a similar operation in force now. Isaiah explains: “For Jehovah has poured a spirit of deep sleep on you; He has closed your eyes, the prophets, and he has covered your heads, the visionaries.”

But what purpose is served by God concealing matters from those who serve as prophets and visionaries? God himself answers: “This people approaches me with their mouth and they honor me with their lips, but their heart is far removed from me; and their fear of me is based on commands of men that they have been taught. Therefore, I am the One who will again do wonderful things with this people, with wonder upon wonder; and the wisdom of their wise men will perish, and the understanding of their discreet men will be hidden.”

The sleeping prophets and blind visionaries would have you believe that God has hidden matters from the clergy of Christendom. But if that is true, then are we to expect God to perform “wonder upon wonder” to bring the hearts of the clergy and the multitudes of parishioners back to him?

Here is what Bethel’s prophets say in regard to this portion of Isaiah:

How do the leaders of Christendom react when Jehovah’s Witnesses draw their attention to the only true hope, God’s Kingdom? They do not understand. To them, the Witnesses seem to be babbling repetitiously, like babes. The religious leaders look down on these messengers and mock them. Like the Jews of Jesus’ day, they do not want God’s Kingdom nor do they want their flocks to hear about it. Hence, they are put on notice that Jehovah will not always speak by means of his harmless messengers. The time will come when those who do not subject themselves to God’s Kingdom will be “broken and ensnared and caught,” yes, utterly destroyed.

Ought we really expect those who are drunk and spiritually blind to understand Jehovah’s judgments upon them? 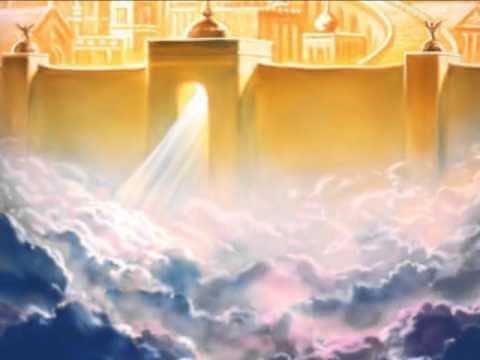 In reality it is Jehovah’s Witnesses who approach Jehovah with their mouths in public prayers and honor him with their lips in giving public talks and door-step sermons. But from God’s standpoint their hearts are far away from him, for the reason that the Organization stands between Jehovah and his people. So, that is why the wisdom of their faithful and “wise” slave will be hidden.

That it is the Governing Body and all of the leadership of Jehovah’s Witnesses who are blind to the truth is evident to anyone who examines the facts. Virtually everything the Watchtower teaches related to prophecy is wrong. Despite the obvious falsity of 1914 and everything attached to it Bethel is in a drunken stupor.

Instead of the wise and stalwart men in the organization, Jehovah is revealing the truth to those who are looked down upon as spiritually weak. Even some of the unbaptized Bible studies know more about Jehovah’s judgments than the Governing Body of Jehovah’s Witnesses!

Indeed, Jehovah is to be praised for putting in place the means to bring the high and mighty Society men low.