The Tiniest of All the Seeds

The Tiniest of All the Seeds

When [the mustard grain] has grown, it is the largest of the vegetable plants and becomes a tree.—Matt. 13:32.

In Jesus’ illustration, the grain represents the Kingdom message as well as what results from the preaching of that message—the Christian congregation. Like the mustard grain that is “the tiniest of all the seeds,” the Christian congregation had small beginnings in 33 C.E. However, within a few decades, the congregation grew rapidly.  This growth was beneficial because Jesus tells us that “the birds of heaven” were able to “find lodging among its branches.” These figurative birds picture righthearted individuals who find spiritual food, shade, and shelter within the Christian congregation.  Jesus used the amazing growth of a mustard grain to illustrate the power of God’s Kingdom arrangement to expand, protect, and conquer all obstacles. Since 1914 the growth of the visible part of God’s organization has been phenomenal!

The series of parables that Jesus spoke, recorded in the13th chapter of Matthew, have a related theme — that being, the Kingdom of God.

Typically, Jehovah’s Witnesses think of the Kingdom of God as the powerful government that will crush and put an end to all of Satan’s nationalistic kingdoms upon the earth,  which is why we pray “let your kingdom come.” But that is not the kingdom about which Jesus spoke when he prefaced his illustrations with the phrase “the Kingdom of the heavens is like…”

In Jesus’ parables the kingdom relates to the truth, which Jesus also referred to as “the word of the Kingdom” in the illustration of the sower and the seed.  And it also corresponds to the congregation over which Jesus presides, which is evident in the illustration of the wheat and the weeds and the fact that the angels collect the weeds out from his Kingdom, that is to say out of his congregation. 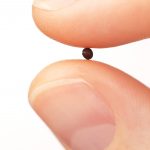 Now as regards the illustration of the mustard seed, Jehovah’s Witnesses who have not been associated for a great deal of time may not be aware of the fact that the Watchtower’s recent consideration of this illustration is a significant departure from their previous interpretation. Prior to the publication of the December, 2014, article, upon which today’s text was taken, the WT taught that Christendom is what was represented by the fully grown mustard plant and the birds that found lodging upon its branches were the demons.

The problem with the Watchtower’s former interpretation is that the sower of the mustard seed was not an enemy, such as in Jesus’ related parable of the wheat and the weeds — the weeds being over-sown by Satan. Nor is it justifiable to claim that the mustard plant merely claims to be Christian, when in fact, Jesus clearly said “the Kingdom of the heavens  is like a mustard grain.”

Similarly, the related parable of the leaven, also discussed in the 2014 Watchtower, was originally interpreted to mean Christendom too. Now, though, leaven is said to represent the truth. However, Jesus used leaven to symbolize a corrupting influence —hypocrisy. “Lookout for the leaven of the Pharisees,” Jesus warned. The apostle Paul also used leaven to symbolize corruption, saying: “A little leaven ferments the whole lump.”

The question Jehovah’s Witnesses should consider is this: If the only usage of the term denoting a fermenting agent is used in a negative way to illustrate hypocrisy and corruption, what justification is there for the Watchtower to claim that leaven represents “the Kingdom message”  that Jehovah’s Witnesses preach? There is none.

Regarding the reason that he spoke to them in illustrations, Jesus explained: “That is why I speak to them by the use of illustrations; for looking, they look in vain, and hearing, they hear in vain, nor do they get the sense of it. And the prophecy of Isaiah is being fulfilled in their case. It says: ‘You will indeed hear but by no means get the sense of it, and you will indeed look but by no means see. For the heart of this people has grown unreceptive, and with their ears they have heard without response, and they have shut their eyes, so that they might never see with their eyes and hear with their ears and get the sense of it with their hearts and turn back and I heal them.’”

Given the fact that none of Jehovah’s Witnesses have the spiritual comprehension to detect the Watchtower’s gross error in their teaching that leaven symbolizes the truth, it is apparent that the organization today is blind and deaf and unresponsive.

Interestingly, Jesus quoted from the sixth chapter of Isaiah, which really speaks to the ultimate accomplishment of God’s purpose to produce a holy kingdom of priests. When Isaiah asked how long he should preach Jehovah responded: “Until the cities crash in ruins without an inhabitant and the houses are without people and the land is ruined and desolate; until Jehovah removes men far away and the deserted condition of the land becomes very extensive. But there will still be a tenth in it, and it will again be burned, like a big tree and like an oak, which after they are cut down leave a stump; a holy seed will be its stump.”

According to Jehovah’s illustration in Isaiah the burning down of the organizational tree will leave a holy stump. Since Jesus cited this prophecy as a preface to his other Kingdom illustrations, it is evident that the mustard shrub represents Christ’s congregation, albeit in it’s corrupt form —before it is burned down during the conclusion. For a fact, from the tiny seed of truth that was planted back in 1874, the organization has grown to a great tree.

And indeed, the Watchtower was right back in 1975, in so far as the birds that lodge on its branches represent the demons. That is in keeping with the fact that in his original illustration Jesus referred to the Devil as a bird that plucks up seeds of truth that have been sown on hardened hearts. Likewise, Jesus also showed the Devil was involved in planting false sons within the Kingdom of God.

The illustration of the leaven fermenting three lumps of dough finds its fulfillment today in the Christian Congregation of Jehovah’s Witnesses. The hypocrisy of the leadership of the Watchtower has, indeed, caused a fermentation of the entire organization. It is nearly time for Jesus to clear away the old lump and begin anew.