The sealing and revealing of the sons of God

The sealing and revealing of the sons of God

Does the Bible teach that the sealing of the 144,000 began at Pentecost a few days after Christ’s ascension? What Bible proof is there that being anointed or receiving a token is the same as being sealed? People can lose their anointing by committing the unpardonable sin against the holy spirit. So evidently being anointed is not the same as being sealed. Anointed ones are not yet sealed. John only saw in vision the sealing of 144,000 people prior to the commencement of the great tribulation. That being said how does the sealing, which is yet future, relate to the judgment of the living during the tribulation and the gathering the great crowd?

There are two aspects to the sealing. The anointing itself is referred to as a token, or sealing, that is in advance of being completely reborn as immortal spirits. Paul wrote to the Ephesians using these terms: “But you also hoped in him after you heard the word of truth, the good news about your salvation. After you believed, you were sealed by means of him with the promised holy spirit, which is a token in advance of our inheritance, for the purpose of releasing God’s own possession by a ransom, to his glorious praise.” — Ephesians 1:13-14

Having the token is like having a ticket to get into an event. But what happens if the person loses the token? They will be denied entry. So, since being sealed and having the token spirit are interchangeable terms that means that it is possible for a Christian who has been sealed with the spirit to lose the sealing.

To illustrate, a person may buy a new car from a dealer. However, they must make monthly payments until the car loan is paid off. Still, they are considered the legal owner of the auto even though they do not possess the title of ownership. When the loan is retired then they own the car outright and can do with it what they wish.

In the same way, an anointed Christian is considered to have been bought by God and is given a token of God’s ownership—the promised spirit. They are sealed in the sense of having the assured hope and expectation of being released by Christ’s ransom to come into full union with Jehovah in heaven. However, each person called to be in union with Christ must ultimately be given

God’s final approval before their death. Receiving that approval may also be considered as a sealing.

The apostle Paul demonstrated how this works. In his letter to the Philippians, the apostle said: “My aim is to know him and the power of his resurrection and to share in his sufferings, submitting myself to a death like his, to see if at all possible I may attain to the earlier resurrection from the dead. Not that I have already received it or am already made perfect, but I am pressing on to see if I may also lay hold on that for which Christ Jesus selected me. Brothers, I do not yet consider myself as having taken hold of it; but one thing is certain: Forgetting the things behind and stretching forward to the things ahead, I am pressing on toward the goal for the prize of the upward call of God by means of Christ Jesus.” — Phil 3:10-14

In the passage above Paul indicated that although he had been selected, or given the token, he did not consider himself as having laid hold of the ultimate prize of the upward call. In other words, he had not been given the final seal of God’s approval. He was still pressing forward to secure it. Now, contrast that with what Paul wrote in his second letter to Timothy, where he said: “For I am already being poured out like a drink offering, and the time for my releasing is imminent. I have fought the fine fight, I have run the race to the finish, I have observed the faith. From this time on, there is reserved for me the crown of righteousness, which the Lord, the righteous judge, will give me as a reward in that day, yet not to me only, but also to all those who have loved his manifestation.” — 2 Timothy 4:6-8

The letter of Second Timothy is the last letter the apostle wrote. He was shortly afterward executed. His last epistle was written several years after his letter to the Philippians. In some undisclosed fashion, the spirit revealed to the imprisoned apostle that he had finished his earthly course. He had won the 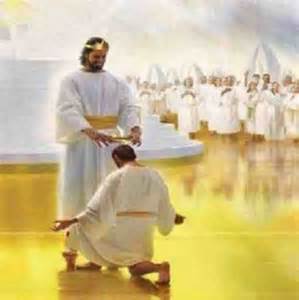 crown of life. His being made aware of his changed relationship can be considered his final sealing.

In every instance, each Christian called to be in union with God and Christ must be approved or rejected prior to their deaths. This may be considered being sealed with God’s approval. Whether or not an approved Christian has the same awareness as the apostle of having won the race is unknown.

However, there is a final sealing that takes place before the end of the world spoken of in the book of Revelation. “After this I saw four angels standing on the four corners of the earth, holding tight the four winds of the earth, so that no wind could blow on the earth or on the sea or on any tree. And I saw another angel ascending from the sunrise, having a seal of the living God; and he called with a loud voice to the four angels to whom it was granted to harm the earth and the sea, saying: ‘Do not harm the earth or the sea or the trees, until after we have sealed the slaves of our God in their foreheads.’ And I heard the number of those who were sealed, 144,000, sealed out of every tribe of the sons of Israel.” — Revelation 7:1-4

The angel ascending from the sunrise who commands the other angels must surely symbolize Jesus Christ. That is evident from what Peter said concerning his having been an eyewitness to the transfiguration and how that relates to the parousia; coupled with the exhortation: “So we have the prophetic word made more sure, and you are doing well in paying attention to it as to a lamp shining in a dark place (until day dawns and a daystar rises) in your hearts.” — 2 Peter 1:19

As in Revelation, Jesus is symbolized as the rising sun that brings the dawn during the darkest period in human history. The daystar arising in your hearts signifies the sealing. But more than that. Since Peter, James and John were eyewitnesses to Christ’s glory and Peter explained that the transfiguration confirmed the power and presence of Christ, those who are sealed when the daystar arises will see the manifestation of Christ. The Greek word translated as “manifestation” in the NWT is ephaneia and it refers to brightness and shining. The 12th chapter of Daniel foretells that those having insight will shine like the stars and bring the many to righteousness. The Byington translation renders Daniel 12:3 this way: “And the enlighteners will have a brightness like the resplendence of the firmament, and those who make the many righteous like the stars forevermore.”

Whereas the anointed who have died prior to Christ’s second coming were evidently sealed immediately prior to their deaths, those who experience the manifestation of Christ will live on for a time, an interval that the sacred secret of God reveals to be 1,260 days, which not coincidently, was the approximate length of Jesus’ earthly ministry. 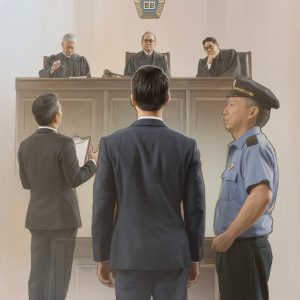 That is when the enlighteners will stand before governors and kings to give officials a witness to Christ’s established Kingdom. They will be witnesses—not of his original manifestation in the flesh, as were the first-century Christians, but rather, of his manifestation as the Lord of the whole earth. In fact, the symbolic two witnesses of Revelation are said to be standing alongside the Lord of the earth. And if they are standing next to the Lord, conversely, the Lord is standing next to them, which, of course, is what the word “parousia” means in Greek.

Because the glorious Lord will be standing next to them, even though invisible to all others, it is then that the chosen ones will shine as brightly as the sun in the Kingdom of their Father. Contrary to the Watchtower’s present teaching, the phenomenon of their shining in the Kingdom does not take place in heaven. Rather, it signifies that they will have been granted entry into the Kingdom even while in the flesh. Their shining is what Paul referred to as the revealing of the sons of God. That revelation will take place on earth during the 42-month period. Reading the 8th chapter of Romans Paul linked the releasing by ransom and the adoption with the revealing of the sons of God.

The sheep will be judged favorably because they will render aid and support to the brothers of Christ—no doubt believing their witness about having seen the Lord. The goat-like individuals will receive the same punishment as Satan the Devil for refusing to recognize the sons of God after they have been revealed. 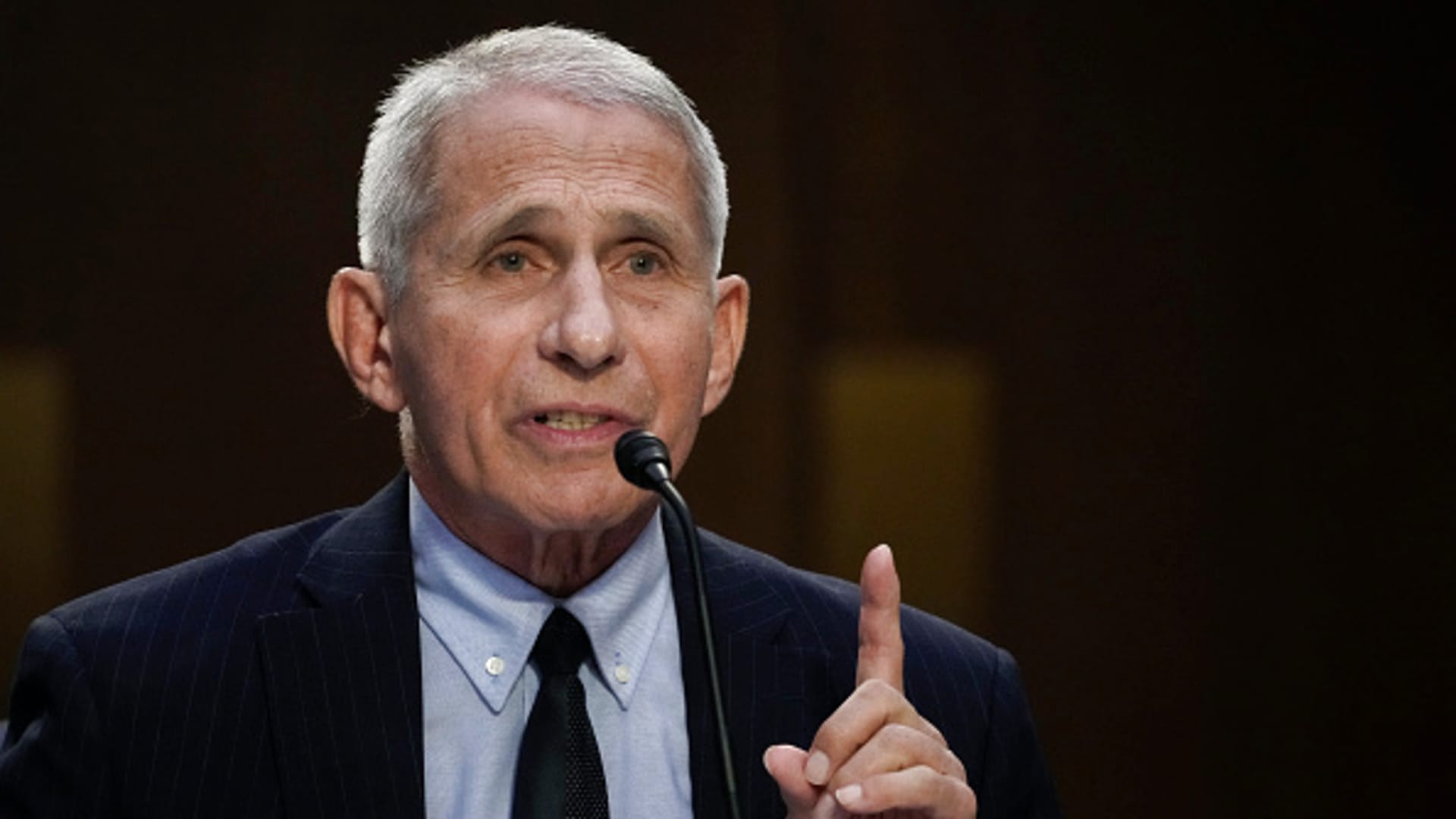