The Scene of this World Is Changing

The Scene of this World Is Changing

The words of the wise apostle have suddenly become more relevant than ever. The “time left is reduced” and “the scene of this world is changing.” Indeed, it is changing quickly. (1 Corinthians 7:29-32)

Jehovah’s Witnesses could not imagine the worldwide preaching work suddenly coming to a halt— but for the most part, it has, at least for now. The other pillar of the organization— meeting together at kingdom halls and larger assemblies— is being curtailed too. At this point, it would appear that the annual Memorial is going to be observed in private homes and the conventions— the highpoint of spiritual life for millions of Jehovah’s Witnesses— might be canceled altogether because of the coronavirus pandemic. One has to wonder how much longer the massive printing presses will keep churning out “Bible-based literature” that cannot be offered to the public.

Maybe the pandemic will disappear as quickly as it arrived. Or, maybe not. Maybe it is just the beginning— the beginning of the end, that is. In any case, the lesson to be learned is how quickly things can change. How transient this world is. How ephemeral wealth and health.

Back about 20 years ago I realized that nearly everything the Watchtower teaches as regards the modern fulfillment of prophecy is wrong. I am exaggerating— but only slightly. Perhaps a better way to express it is because of 1914 everything is distorted— like walking through a house of mirrors at the carnival. 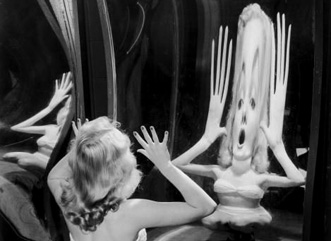 Sure, the great tribulation, the attack of Gog and Armageddon is in the future, that much is true, but other than that the Watchtower has relegated most everything else to the recent past. Even now, the Governing Body is treating the coronavirus pandemic as if it were confirmation that the sign that first appeared with the First World War and the Spanish Flu is genuine. It hardly seems reasonable, though, that the pale horse began his deadly gallop in 1918 and then after a hundred years hiatus has begun to stalk the world anew. Besides, there is really no comparison in the death tolls.

Given the fact that the financial system began to undergo stress back in September 2019, requiring the central banks to begin what they called an overnight repo operation that made 10’s of billions of dollars available for the big banks to clear their daily ledgers— an operation that was supposed to be temporary but has since exploded into hundreds of billions of dollars per day, it is evident that the financial bubble has ruptured. And the bubble burst before the pandemic began.

What is also apparent, is that after the mega bailout of the Wall Street banks in 2008 another multi-trillion-dollar bailout is not politically feasible. Now, though, with the world literally shutting down because of the viral pandemic and financial markets crashing, a massive bailout has begun without any objections being raised. Trillions upon trillions of dollars are being created to save the financial system and presumably the economy as a whole. The result of endless money creation is always the same— hyperinflation. That is the process whereby the more money there is the less it is worth. It becomes worth less and less and eventually worthless. It can happen gradually at first, then all at once. This is what happened in Germany nearly 100 years ago, which rendered the national currency worthless and gave rise to Hitler and the Nazis.

What does any of this have to do with Bible prophecy? Quite a bit, actually. Because the seers of Bethel have misinterpreted numerous prophecies in Daniel and Revelation Jehovah’s Witnesses have no expectation of future events. What might these entail? For starters, war, famine and pestilence, along with earthquakes and fearsome sights. The pandemic panic is merely a demonstration— a reminder— of how quickly things can change. As for specifics, consider the eighth chapter of Daniel.

“And in the final part of their kingdom, as the transgressors act to a completion, a fierce-looking king who understands ambiguous sayings will stand up. His power will become great, but not through his own power. He will bring ruin in an extraordinary way, and he will be successful and act effectively. He will bring mighty ones to ruin, also the people made up of the holy ones. And by his cunning he will use deception to succeed; and in his heart he will exalt himself; and during a time of security he will bring many to ruin. He will even stand up against the Prince of princes, but he will be broken without human hand.”

Here are a few questions for the Watchtower Jehovah’s Witnesses are not allowed to ask:

If the fierce-looking king is the present Anglo-American duo, how is it that the Anglo kings became great but not through their own power? The ascendency of the British Empire took place over several centuries. Likewise, the United States came to power through its own efforts to break free from the British, particularly after the American Civil War.

What evidence is there the holy ones were brought to ruin then? Also, how does the last king stand up against the Prince of princes? Is it not by crushing the holy ones? Since that is undeniably true, how reasonable is it that the holy ones were brought to ruin 80 years ago and recovered and prospered since then and still the fierce king has still not been broken? Perhaps Fred Franz could have spun an answer to such questions, but it is doubtful that the Watchtower’s current resident prophets could.

It would seem, though, that now the process is in play to flood the world with money under the pretext of saving everyone from ruin, when in fact, the goal is to destroy fiat currency and bankrupt the nations. Cunning, indeed!

The coming global crash will bring to ruin the billionaires and millionaires along with the politicians who rule on their behalf. The nation-state system will be abolished and replaced with a tyrannical, communistic world government. And the stupid prophets will have their whitewashed wall come crashing down with a thud.