Human progress has been the normal trend for a long time. Over the past 250 years, the world has been transformed by countless inventions and especially advances in energy production. For thousands of years burning wood was the sole method used to stay warm and cook food. An oil lamp or candle was the only way to produce light. Food production was limited to the amount of acreage that a man could plow with a bull or donkey.

The discovery of underground oil at the turn of the 20th century has had the most far-reaching impact—along with the development of electricity generation from steam and hydro. Refining oil into gasoline, diesel, and jet fuel provides the means to power every sort of vehicle and vessel. Natural gas powers electrical generation, as does coal. Other than vehicles, almost everything runs on electricity or batteries. Without gas, oil, and electricity there could be no modern civilization and far fewer people.

Nuclear power has taken energy production to a much higher level. The energy produced by a pound of uranium is 2-3 million times more than that produced by burning a pound of coal. And now atomic fusion promises an even greater technological leap than fission, which China is rapidly developing.

As a result of the development of higher forms of power generation and modern farming along with rapid transportation, the human population has grown to nearly eight billion souls with the potential to support many billions more.

Concurrent with the growth of technology, however, there has been a concerted effort on the part of the British Empire to prevent under-developed nations’ access to modern technologies. And now the scheme is being implemented under the guise of saving the planet from carbon dioxide to even roll back energy production in developed nations, the United States being foremost.

For as long as the British Empire has existed it has promoted the lie that the world is overpopulated. Before there were even a billion persons Malthusian propaganda, coupled with Darwinism, became the foundational principle of the empire—the notion that humans are no different than animals and cannot and should not, control nature.

About 50 years ago the British monarchy began vigorously promoting environmentalism packaged with Greek mythology, popularly known as Gaia. The cult of Gaia believes that the Earth is a goddess and all creatures are equal, which lends a religious component to environmentalism. By deifying the Earth humans have been cast as the transgressors whose numbers must be drastically reduced in order to appease the goddess. The British monarchy intends to cull the human herd and reduce the numbers of our kind to around a billion. Ominously, they not only have the inclination to commit murder on a scale that defies comprehension, they now have the means to carry it out. 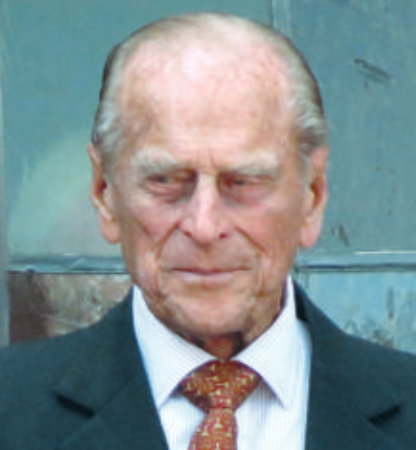 Prince Phillip, who was a great admirer of Hitler, whose sisters were married to Nazi officers, has said publicly on more than one occasion that he would like to be reincarnated as a deadly virus in order to do his part in ridding the Earth of its excess humanity. Bertrand Russell, the empire’s genocidal philosopher, who was the foremost proponent of using the just-invented atomic bomb to incinerate Hiroshima and Nagasaki, pondered the inefficiency of war and pestilence in controlling the human population.

Obviously, the British oligarchy and their intellectual circles have really given genocide a lot of thought. Bombs and bullets, poison gas, and biological warfare have all played a part; flooding the world with opiates and other drugs has been somewhat effective in killing off, especially younger people; however, the population keeps growing. But now, at last, the final solution is being rolled out. It is called the New Green Deal.

To put a pretty face on their evil plot to eliminate the means to support the present population the genocidalists have tapped the ex-bartender-turned congresswoman, Alexandria Ocasio Cortez along with Greta Thunberg. In reality, Prince Charles is the primary creator of the scheme to eliminate fossil fuels. In alliance with the City of London and the central banks, along with the financial monster known as BlackRock, the Prince of Wales has organized a financier mafia that controls more than 40 trillion dollars. That’s almost twice the GDP of the U.S.A.!

The scheme is to reduce energy output by taking gas and coal-fired plants and even non-carbon-producing nuclear power generation down—reverting to 14th-century windmill technology to generate power; along with radically reducing agricultural and manufacturing activity by penalizing carbon-producing industries, depriving them of needed operating capital, thereby reducing the carrying capacity of the present civilization. The intended result is the elimination of most of Earth’s human inhabitants. It is not something the financiers are planning. It is already being implemented.

We should not suppose that the transition to lesser forms of power generation will go smoothly though. Take the recent disaster in Texas as a case in point. Unprecedented cold and snow froze the giant windmills, which took about a quarter of the electric power offline. Right as more power was needed for the warmth of millions of households it was not available. Consequently, the Texas power grid nearly collapsed and rolling blackouts had to be imposed. People literally froze to death in their homes.

A prolonged, continent-wide grid collapse would be a dream come true for the anti-human, demonic masters. Besides, the elite have their luxury bunkers and yachts, and private islands. They are ready to ride out the chaos and let the animals eat each other.

With Europe and America unwittingly on-board with the massive population reduction program, the problem confronting the lords of London is Russia and China. China especially, is outside the control and influence of the degenerate British oligarchy and is pioneering new technologies and revolutionizing Asia and Africa. In order to deal with China and Russia, the Anglo military planners are pushing for nuclear war, which the madmen imagine is actually winnable.

Bible prophecy appropriately symbolizes the present system as being dominated by a monstrous wild beast with iron teeth and copper claws that is crushing and treading down everything. Up until now, the beast has been somewhat restrained from totally devouring mankind. That is about to change.

According to the prophecy of Habakkuk, which is a vision for the appointed time, Jehovah is going to allow the empire to act as His punishing agent. Habakkuk was horrified by the vision he received and asked God why He made mankind to be caught like hapless fish in a dragnet: “Why do you make man like the fish of the sea, like creeping things that have no ruler? All of these he hauls up with a fishhook. He catches them in his dragnet, and he gathers them in his fishing net. That is why he rejoices greatly. That is why he offers sacrifices to his dragnet and makes sacrifices to his fishing net; for by them his portion is rich, and his food is choice. Will he then keep emptying out his dragnet? Will he go on slaughtering nations without compassion?”

Judging by the climate change scheme long-in-planning, the dragnet is now fully operational.

EIR Report – The Great Leap Backward. (Report cost $20 I am making it available to my readers for free.)