The End of All Things Has Drawn Close

The End of All Things Has Drawn Close

All of us are born in sin and imperfection and thus are far from being completely sound in body or mind. In addition, many of us were once among those whose minds were “blinded” by Satan; we were once ignorant of Jehovah and his righteous standards. Hence, were we to base our decisions solely on what we feel is good and reasonable, we might be deceiving ourselves, no matter how much we ponder the decision before us. Though we are far from being sound in body and mind, Jehovah, our heavenly Father, is perfect in every respect. Happily, he has made it possible for us to make our mind over and to cultivate soundness of mind.  As Christians, we want to think and reason sensibly and to act accordingly. We must rein in, or control, our thinking and feelings and imitate the way Jehovah thinks, feels, and acts.

Can a person know Jehovah and his standards and still be blind to understanding the deeper things having to do with the future outworking of God’s purpose? Absolutely! And this is not merely an academic question, but relates to the leadership of Jehovah’s Witnesses at this present moment.

According to the prophecy of Isaiah “Jehovah has poured a spirit of deep sleep on you; He has closed your eyes, the prophets, and he has covered your heads, the visionaries.” 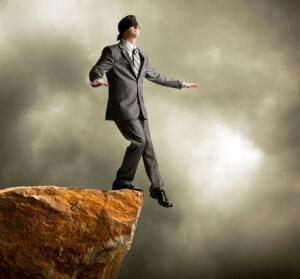 Although the Watchtower does not claim to be a prophet in the sense of receiving direct messages from God, they do claim to be a “prophet class.” The Watchtower claims to be the voice of a so-called “Jeremiah class,” an “Ezekiel class,” even a “Micah class” of prophets — presumably composed of all anointed persons, with the Watchtower serving as the editor and chief of the official message.

To be sure, the Watchtower Bible and Tract Society has published commentary on virtually every prophetic book in the Bible, along with Revelation. And though not claiming to be visionaries in the sense of receiving inspired visions direct from God, by virtue of its authority as Jehovah’s earthly mouthpiece, the Watchtower claims to itself the sole authority to interpret the visions recorded in the Bible, such as Revelation.

It is, then, in keeping with their own claim of being a type of prophet and visionary that we must understand who it is upon whom “Jehovah has poured a deep sleep.” – It is the Governing Body and extended Bethel leadership of Jehovah’s Witnesses. Jehovah has concealed from them the reality of a future parousia of Christ. It is absolutely beyond their ability to even comprehend.

Why does God cause his “prophets” and “visionaries” to go astray?

It is so that he may test our faith. It is easy to follow the Watchtower’s theocratic program. It is all laid out for you. But what will happen when it becomes apparent that the Watchtower has misled Jehovah’s Witnesses? And not in some trivial way, but as regards the very nature of the return of Christ. Then what?

The words of the apostle Peter are more applicable now then ever: “But the end of all things has drawn close. Therefore, be sound in mind, and be vigilant with a view to prayers.”