It has been a couple of weeks since the Watchtower Society’s Governing Body lost Ted Jaracz in death. I try to keep the Jehovah’s Witnesses in the Newsblog up-to-date with links to the latest information appearing in the news, and so I have been scanning Google search results for the Watchtower’s press release of the death of Theodore Jaracz. So far, there has been no mention of it in any newspaper.

However, today I was astonished to find that the Watchtower Society has actually published a funeral brochure glorifying the life and death of Ted Jaracz.

What is the propblem with publishing a brochure eulogizing someone who has devoted their life to the Watchtower Society? Well, on the surface there is nothing particularly objectionable about it. However, given the culture of  Society-worship prevalent among Jehovah’s Witnesses and the virtual idolization of the Governing Body, it is very disturbing.

(It is noteworthy that the funeral handout states that Ted Jaracz was known for his “zeal for theocratic orderliness.” Would it not be better, however, to be known for being zealous for Jehovah, or for the truth or for being loving, kind and humble? Having “zeal for theocratic orderliness” could also have been said of the Pharisees, could it not?)

It should be realized that from Jehovah’s standpoint giving worship to something or someone other than God does not necessarily have to be an overt act. Merely giving undue honor to another may be considered a form of idolatry. Consider the case of the Corinthians. In 1st Corinthians the first chapter, Paul expressed his astonishment that some of the Corinthians claimed to belong to him; others to Apollos, etc. It was not that the Corinthians were praying to Paul, as a modern Catholic might direct their prayers to Saint Paul or Saint Peter, etc. But apparently it was more than mere gratitude for Paul’s self-sacrifice, which is why Paul asked them the question; ‘Paul did not die for you, did he?’

There is no question that we humans are prone to idolatry. Just look at young people at a rock concert and you are looking at a worship service. Don’t they even call the performers “stars” and “idols”?

Not being able to see God human imperfection inclines us to worship something that we can see. The Jews were ensnared by this sinful inclination towards idolatry and that tendency was in evidence in the early Christians as well. Even the aged Apostle John – overawed when given the Revelation by the angel of Christ –  twice had to be cautioned against bowing low and worshiping the angel.

Should Jehovah’s Witnesses be so naïve as to think that just because they do not kiss a crucifice or light a candle to a saint that they are free from the infirmity that has afflicted mankind from antiquity?

Some of the Corinthians claimed to belong to Paul or Apollos or Chephas because those were the men who taught them the truth, just as the Watchtower Society has taught Jehovah’s Witnesses the truth. But in their teaching the truth to millions of Jehovah’s Witnesses worldwide and in full knowledge of the human tendency towards paying undue honor to men and their institutions, why is it that the Watchtower Society has never, ever, cautioned Jehovah’s Witnesses about giving undue honor to the organization or its Governing Body or the faithful slave? Has Bethel now begun to cannonize their saints?

That is why this funeral brochure eulogizing Theodore Jaracz is so disturbing. 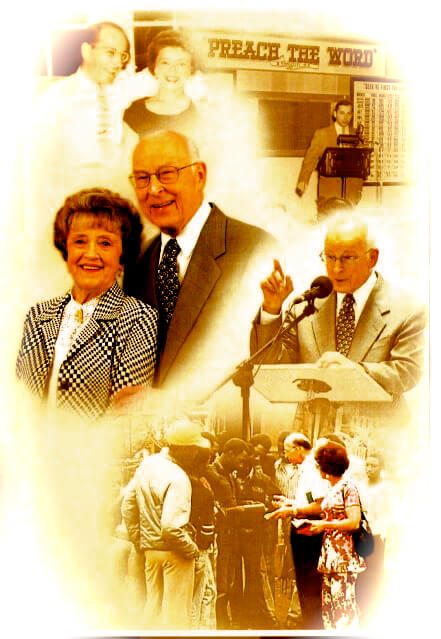 If you are one of Jehovah’s Witnesses ask ourselves the question: Why is not the passing of rank-and-file members of Jehovah’s Witnesses eulogized in such a manner? In fact, having given funeral talks myself, I can say with some authority that the Watchtower Society publishes an outline for funeral discourses and the instructions to the elder giving the funeral talk specifically says not to eulogize the deceased, but rather, to focus upon what the Scriptures say about the resurrection.You may be sure that if Joe Publisher had a brochure printed up and distributed at his funeral the local circuit overseer would swiftly put the clamps on such activity and sternly counsel the congregations not to engage in such un-theocratic eulogies.

Interestingly, the acts of the Apostles are recorded in the Scriptures, but those very same Scriptures are silent as respects the deaths of the apostles. Personally, I’ve always been disappointed when reading the enthralling account in the book of Acts and how Paul was taken to Rome in chains awaiting for an audience with Caesar. But the story ends rather abruptly with no mention of how Paul’s life ended. Likewise, we know the apostle Peter’s life ended in chains as well, even as Jesus had foretold, and yet there is no mention of it either. The same holds true for the apostle John.

If the Governing Body of Jehovah’s Witnesses are intent on patterning themselves after the apostles of Christ they would do well to consider the humble example of the apostles and stop glorifying themselves as the faithful slave who has already received his master’s reward. And besides, no matter what Ted Jaracz may have accomplished in his life, there is only one death that deserves to be eulogized, and that is the death of Jesus Christ, our Lord.