What Do The Seven Times Mean?

What Do The Seven Times Mean?

This article was prompted by a question from a reader. For more questions from readers see the Mailbag.

It seems reasonable that the seven times has a broader application than to just the literal seven years that Nebuchadnezzar was dethroned – otherwise, why use the prophetic term “times” and not simply “years”?

But the Watchtower’s “seven times” chronology is extrapolated from various other chronologies and prophecies and predicated upon the “appointed times of the nations,” about which Jesus spoke in connection with the desolation of Jerusalem and the conclusion of the system of things – the assumption being that the appointed times for the nations to trample Jerusalem began when Nebuchadnezzar sacked the sacred city five centuries before Christ; the rationale being the appearance of the word “times” in both prophecies. 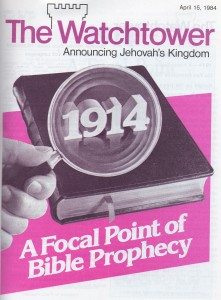 The most conspicuous flaw, at least in my view, is when his disciples asked Jesus when the rebuilt city of Jerusalem and its temple were going to be thrown down again, their question and his answer had to do with the future desolation and trampling of Jerusalem, not an appointed time that had already begun centuries before when Nebuchadnezzar originally sacked Jerusalem. Jehovah’s Witnesses, however, are curiously oblivious to this simple fact.

To further emphasize the artificiality of the Society’s interpretation, the Governing Body claims that the “Jerusalem” that is destined for desolation during the coming great tribulation represents Christendom, while the “Jerusalem” a few verses further on in the same chapter symbolizes the kingdom of Judah and by extension the messianic kingdom.

However, when Jesus spoke of the disgusting thing that will bring desolation to God’s holy place Matthew referred the discerning reader to the prophecy of Daniel, the eighth chapter of which foretells that the sanctuary and holy place of the Prince of princes will be desolated by a fierce looking king during the time of the end. In another apparent contradiction the Watchtower claims this took place during World War Two – more than 20 years after the time allotted for the nations to trample “Jerusalem” supposedly ended!

Furthermore, as regards the tree of Nebuchadnezzar’s dream, the interpretation Daniel was inspired to provide indicates that the tree and its banded stump represent the Babylonian monarch. True, the reason the Most High was compelled to assert his own sovereignty over Nebuchadnezzar was because the Chaldeans had conquered the city of Jehovah and overthrown the Judean kingdom that God had instituted.

But all things considered, since the tree with its top in the heavens that was felled by the angelic watcher unquestionably primarily symbolizes the Babylonian kingdom, how is it that the twig from the stump of Jesse also sprouts from the banded stump of Babylonian rootstock? There is nothing in the prophecy of Daniel that indicates the massive tree may also symbolize the Davidic kingdom, as well as the king of Babylon.

And while the point of the lesson is that God is sovereign and he can appoint the lowliest of mankind to rule, as he so chooses, and certainly Jesus qualifies as mild tempered and lowly in heart, God originally demonstrated his power in this matter when he reinstalled Nebuchadnezzar to his vacated throne, after he had been debased lower than humankind and humiliated during the seven times of his beastly madness. And not only that, but God maneuvered the exiled Jew – the lowly slave, Daniel – to be exalted to become the third ruler in the entire kingdom. But, to be sure, ultimately the Kingdom will be given to the holy ones of the Supreme One.

But, again, before considering the possible answer to that question, first consider another more searching question: How could the leadership of Jehovah’s Witnesses be so thoroughly wrong about something so vitally important as the return of Christ? The scriptural answer to that query may help us to understand why the enigmatic seven times may lend itself so handily to mischief-makers.

“Concerning the presence of our Lord”

“However, brothers, concerning the presence of our Lord Jesus Christ and our being gathered together to him, we ask you not to be quickly shaken from your reason nor to be alarmed either by an inspired statement or by a spoken message or by a letter appearing to be from us, to the effect that the day of Jehovah is here. Let no one lead you astray in any way, because it will not come unless the apostasy comes first and the man of lawlessness gets revealed, the son of destruction.”

At II Thessalonians chapter two Paul foretold the presence of a man of lawlessness prior to the manifestation of Jesus who would be empowered by Satan the Devil to run an operation against God’s people to convince them the parousia of Jesus had already begun and the day of Jehovah is here. Paul forewarned there would be official sounding declarations and letters written as though from the apostles themselves, making these bold assertions. And Paul went on to say: “That is why God lets a deluding influence mislead them so that they may come to believe the lie, in order that they all may be judged because they did not believe the truth but took pleasure in unrighteousness.”

So, God lets a deluding influence mislead his people in order for them to believe the lie. What is “the lie”? According to the context it is the lie that the presence has begun and the day of Jehovah is here, which the Watchtower has announced since before 1914. (Up until around 1930 the Watchtower maintained that the parousia began in 1874.)

The fact that God lets a deception go forward is significant.

For purposes of illustrating a point, consider the absurd doctrine of the Trinity for a moment. John 1:1 is the cornerstone for the belief that Jesus is God. Obviously, the All-knowing Jehovah knew Satan would move men to render the verse into other languages in a way so as to say: “And the Word was God.” Of course, God could have easily moved John to author the passage differently so that it might not be so easily misconstrued. But obviously he did not choose to do so. God is very considerate. He allows a deception to work upon all who do not wish to know him. If people wish to believe Satan’s lies, God graciously supplies them the biblical justification, however meager.

To be clear, though, the 1914 lie is not nearly so pernicious as the innumerable lies sponsored by the churches, which prevent a person from knowing even the simplest truths about God, his character and purpose.

However, “the lie” God allows is intended to bring unbelievers into judgment at the coming of Christ. Think about it: What are Jehovah’s Witnesses going to do when the now-looming world war erupts, accompanied with widespread food shortages and global pandemics? Will they accept the fact that the Watchtower has promoted a lie and misled them? And what if the Watchtower refuses to acknowledge the delusion, but adds to the deception during the actual presence by perhaps becoming the source of even more misleading messages claiming the Christ is in the wilderness and the Christ is in the inner chambers? Those who cling to the delusion or whose faith is wrecked entirely will, in effect, refuse to accept Christ. Then the words of Christ will come true: “Then, too, many will be stumbled and will betray one another and will hate one another. Many false prophets will arise and mislead many; and because of the increasing of lawlessness, the love of the greater number will grow cold.”

So, that is why God allows for this deluding influence, of which the dubious application of the arcane seven times is undoubtedly the foundation. It is my conviction that the deeply held erroneous belief that Christ came in 1914 is the underlying basis for a massive shakeout among Jehovah’s Witnesses in the immediate period just ahead. Essentially, the Watchtower is complicit in concealing Jehovah’s judgments from Jehovah’s Witnesses until such time as they are revealed from heaven.

Now as regards the question as to whether or not the seven times have any relevance beyond the seven years of Nebuchadnezzar’s madness, the answer is most likely yes. 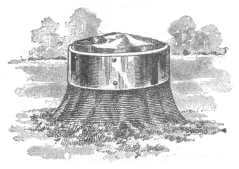 Certainly, all the dramas played out in Babylon and recorded in the book of Daniel have prophetic significance. That would include the drama involving the golden image and the three Hebrews being cast into the fiery furnace; Daniel being thrown down into the lions’ den and emerging unharmed; the enigmatic writing on the wall and the appearance of Christ-like materialized spirit entities that enlightened Daniel, prefiguring the Transfiguration and the parousia. Surely those events are what the Society has appropriately termed prophetic dramas. (See the Daniel blog)

Taken together the dramas and prophecies presented in Daniel reveal various aspects of the developments leading up to the coming of Christ and the ultimate triumph of the holy ones at the conclusion. Why should the prophecy of the banded tree stump be the exception? That is not reasonable.

That brings us to another commonality in the prophecies of Daniel, which also harmonizes with numerous other prophecies, Psalms and Revelation, having to do with the tumult resulting from the sudden downfall of the leading nations of the world, which coincides with the arrival of Christ and the commencement of judgment day. The felling and regeneration of the symbolic tree compliments those other glimpses into the future. 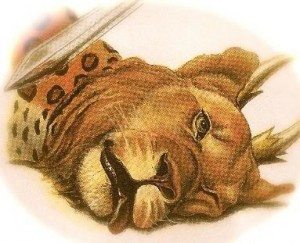 And each of the aforementioned prophecies also has chronology attached to them.

There is also a notable similarity between the heaven-high tree symbolizing Nebuchadnezzar and the towering Egyptian cedar – also called an Assyrian – the language describing both being nearly identical. It may be that the banded stump that regenerates coincides with the revival of the beast from its head wound and the offshoot of the eighth king. After all, as we know, Babylon, Assyria, Egypt and the modern Anglo-American empire are all part of the same beastly, political apparatus, which will ultimately give rise to the last king whom Christ will annihilate. Elsewhere in prophecy the last king is depicted as the Chaldean.

As for the seven times, keep in mind that the scroll of Daniel is secret and sealed up until the time of the end, which is future.

So, while it is possible to say what is not true because of it being out of harmony with related prophecy and reality, such as the Watchtower’s interpretations of Daniel, it is not possible at this time for anyone to say with 100% certainty what is the true interpretation. The meaning of the seven times may be one of the things God has held in reserve. (Isaiah 48:6)

Granted, a seven times interpretation that fails to divine the esoteric day and hour of Jesus’ return is not nearly as captivating as the Watchtower’s, but who wants to be captivated by a demon-inspired delusion?