Senseless and Slow in Heart to Believe…

Senseless and Slow in Heart to Believe…

That the dead could live again was not a new concept to Jesus’ apostles; resurrections had occurred before they were born. They knew that God had empowered the prophets Elijah and Elisha to perform such miracles.  A dead man had even come to life when his body was thrown into a grave and it touched the bones of Elisha. Very likely, all of us have been greatly moved by reading accounts of the resurrections that Jesus performed. When he restored a widow’s only son to life, she must have been astonished.  On another occasion, Jesus resurrected a 12-year-old girl. Imagine the joy and wonder of her previously grief-stricken parents when their daughter was brought back to life!  And how onlookers must have been thrilled when they saw Lazarus step from the tomb alive and well! 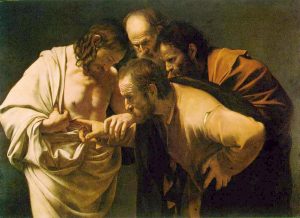 Although the apostles had been eye witnesses to the resurrections Jesus performed, contrary to the Watchtower’s comment, they simply could not accept that Jesus was going to die or that he was going to be resurrected. Even though Jesus spelled it out to them they simply could not grasp it. Only after Jesus was manifested to them repeatedly and rebuked them for their being senseless and slow in heart to believe the Scriptures were their minds finally opened to accept what to us is very simple.

Jehovah’s Witnesses, particularly the leadership, are similarly afflicted. They simply cannot conceive of a future parousia. Even though over the years the Watchtower has repudiated most of the things that they had previously asserted were being fulfilled since 1914, it is not uncommon to hear Jehovah’s Witnesses express their belief that all the evidence of Christ’s return is on display.

For example, the Watchtower used to teach that men were already faint out of fear in anticipation of the terrible things coming upon the world. Now, though, that is no longer taught. But even though that is the case most of Jehovah’s Witnesses have become so stupefied that they do not suppose the actual fulfillment of Jesus’ words has any implications for the future.

Only global war and the collapse of this system, along with Jesus’ actual manifestation can possibly disabuse Jehovah’s Witnesses from their stupefied state of mind.