Moscow (AsiaNews) – While in some regions of Russia Jehovah’s Witnesses (JW) have been deemed “extremists”, like the militants of the Islamic State or neo-Nazis, the State Duma (the lower house of parliament) is studying how to introduce a legal concept of “sect” that does not violate the Constitution and could be used to ban the activities of certain religious organizations from the country. On November 30, after more than 60 hearings and 10 months of trial, a court in Taganrog (Southern Russia) condemned 14 men and two women Jehovah’s Witnesses for extremism, who had continued to meet, pray and read the Bible even after the community had been banned. The 16 convicted – suspended sentence – have already said they will appeal against what they consider “a dangerous precedent for freedom of religion in Russia.” For years Jehovah’s Witnesses in Russia have faced a number of problems of a legal nature. In March 2015, a court in Krasnodar denounced the local community as extremist and ordered the confiscation of the properties in the area. In December 2014, the Supreme Court ruled that the websites of the Jehovah’s Witnesses and other religious movements were “extremist”. Meanwhile, there are those who are trying to find a way to regulate the presence of these sects at the federal level. The head of the Commission for public associations and religious organizations in the State Duma, Yaroslav Nilov said that today is difficult to introduce a legal definition of “sect” because it “would violate the Constitution” and freedom of belief. He adds that the formulation of such a concept should also lead to a ban on the activities of those organizations, while the current Constitution allows all registered religious entities to operate on the territory of the Russian Federation. 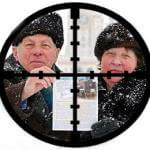 JEHOVAH’S WITNESSES IN THE CROSSHAIRS

“So-called sects have a non-legal status – said the deputy – it is a common place definition”, while lawmakers and lawyers use the term “new religious formations”. At the same time, Nilov noted that some regions have found a legal way to fight the expansion of sects: Belgorod – another area where the JWs are in the crosshairs of the authorities – adopted a law on missionary activity and in the province of Arkhangelsk a bill that requires religious organizations operating in the province to obtain a kind of license for their activities was approved on first reading. And some people in the Patriarchate of Moscow have proposed applying the notorious law on foreign agents also to religious organizations. The idea belongs to the vice president of the Synod for mission, the abbot Serapio. He believes it necessary that the representatives of religious organizations “receive from their spiritual leaders and spiritual nourishment not only political instructions”. “I find it difficult to see purely religious activity in some organizations,” he lamented. The law on foreign agents – a term laden with Soviet overtones – was adopted in late 2012 and requires NGOs receiving funds from abroad to register under this title. According to human rights activists, this move wil be a further crack down on civil society. ASIA NEWS