Reasoning from the Scriptures, indeed!

Reasoning from the Scriptures, indeed!

The Watchtower Society published a minister’s handbook in 1989 called Reasoning From The Scriptures, which provides Jehovah’s Witnesses with a handy scriptural reference in support of basic Bible doctrines. It also offers suggestions for overcoming various “conversation stoppers” and objections that may be raised by householders.

For the most part the “reasoning” of the Society is unassailable–-at least in matters of doctrine, which really are not open to interpretation.

But prophecy, or rather—interpreting prophecy and matching it to events in the past or even projecting to the future—is another matter entirely. And in this regard the title of the Watchtower’s original minister’s handbook is apropos: “Make Sure of All things.” But have Jehovah’s Witnesses really made certain of all the things they believe and teach? Consider the following: Under the heading “Last Days” the Reasoning book presents all the “evidence” to support their teaching that the last days of this present system began in 1914. And as Jehovah’s Witnesses surely know, the last days of the system commence when Jesus is given the throne of heaven and the Kingdom of God comes to power.

So, the “evidence” of the so-called last days is really presented as empirical proof that Jesus Christ has returned–invisibly, of course, which is the very heart of the message preached by Jehovah’s Witnesses. That being the case ought not Jehovah’s Witnesses do their utmost to “make sure” it is true? (Click here for online Reasoning book)

Under the sub-heading – If Someone Says – a typical householder responds, saying: ‘How do you know that some future generation won’t fit the prophecy even better than this one?’ The Society’s suggested response follows:

‘That’s an interesting question, and the answer highlights the fact that we really are living in “the last days.” How? Well, part of the sign given by Jesus involves war between nations and kingdoms. But what would happen today if fulfillment of the sign required that we wait until another all-out war were to break out between the superpowers? Such a war would leave few if any survivors. So, you see, God’s purpose that there be survivors indicates that we are now very close to the end of this old system.’

First, it should be noted that the scene of this world has changed significantly since the Reasoning From The Scriptures was published in 1989. In what way, exactly? Besides the obvious technological revolution, the world’s geo-political stage has changed.

Consider: In 1989 there were two superpowers—America and the USSR. And they were locked in a Cold War that many feared could lead to an all-out nuclear conflagration. But in 1991 the vast Union of Soviet Socialist Republics was disbanded and mother Russia went into decline – leaving the U.S. as the world’s sole superpower. It is not coincidental that in the interim the Anglo-American military machine has embarked on an aggressive scheme to encircle both Russia and China (a potential rival for superpower status) with hundreds of military positions and compliant states.

Be that as it may, please take note of the specious reasoning presented by the Society; namely, that we may discount any possibility of a third world war because it “would leave few if any survivors.”

But isn’t that exactly the situation that is destined to develop during the great tribulation? (That is, if we believe the Scriptures.) Did not Jesus say that unless those days were miraculously cut short no one would survive? Amazingly, the very thing the Watchtower Society insists cannot happen is exactly what Jesus foretold will happen!

Why is the leadership of Jehovah’s Witnesses so obtuse and unreasoning on this issue? Obviously, they  have deliberately blinded themselves due to their supercilious attachment to the fallacious notion that Jesus has already returned. As far as the mechanics of it, the Society has completely detached the great tribulation from the war that Jesus said would engulf nations and kingdoms—it now being a century minus one since that original world war erupted. 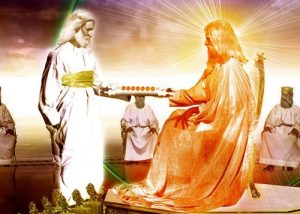 But according to Revelation the seals of the scroll of God’s judgments are unsealed in rapid succession—the unsealing of the second, third and fourth seals initiating war, famine and pestilence. And the opening of the sixth seal rocks the world, which is described in apocalyptic symbolism similar to what Jesus used in reference to the great tribulation..So, is it reasonable that the first four seals were opened in rapid sequence, as Jehovah’s Witnesses believe took place in 1914-1919, but that an interval of a century (and counting) has ensued before the opening of the sixth seal? (The Society adroitly weaves around that obstacle by claiming the 6th seal was opened back then, BUT, the tumult of war was just a preliminary temblor of the big shaking yet to come.) 🙄
.

Consider another aspect of the Reasoning book’s fallacy. Under the subheading – What indicates that we today are living in “the last days”? – The Watchtower answers:

The Bible describes events and conditions that mark this significant time period. “The sign” is a composite one made up of many evidences; thus its fulfillment requires that all aspects of the sign be clearly in evidence during one generation.

There are various definitions of the word “generation,” but most people understand that it refers to a group of people who live(d) at the same time. Or, more specifically, it can mean about 30 years, since that is roughly the time it takes for young people to mature and have children of their own; hence, starting a new generation. And in keeping with that concept, the generation of the Jews who heard Jesus’ warning regarding the end of Jerusalem was still alive 40-years later when the Romans obliterated the city. Ironically, the make-believe householder posed the question about a future generation experiencing the things Christ foretold.

But since 1989 the Watchtower has been compelled to fabricate its own unique definition of a generation that is completely divorced from the concept of a duration of time. So, the reasoning in the Reasoning From The Scriptures book is now obsolete! But there is more…

From the quote above the Society unequivocally stated that all aspects of the sign Jesus gave are in evidence now. But are they really? No, at least not according to the Watchtower. Say what? Listing the “evidence” the Reasoning book states that the nations are presently in anguish and that men are faint with fear, as Jesus foretold would occur; however, the October 15, 1995, Watchtower unceremoniously trashed that understanding and instead points to its fulfillment in the future. So, according to the Watchtower’s latest revisions can Jehovah’s Witnesses honestly say that all the features of the sign Jesus gave are in evidence? The answer is no—at least if we are honest.

Given the fact that the world has significantly changed in the past quarter-century since the Reasoning book was published, and the Watchtower itself has retracted a number of things they previously had insisted had already been fulfilled, why is it deemed to be out of the question that there could be another world war and that all of the things Christ foretold could occur in a relatively short period of time? Indeed, since Jesus urged his followers to stay on the watch for his return why do Jehovah’s Witnesses completely discount the possibility of the parousia of Christ in the immediate future? And why do Jehovah’s Witnesses assume the last days are a period that spans decades, rather than the more reasonable, scriptural period, of three and one-half years? 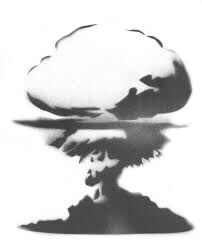 There are a growing number of people cognizant of ominous developments in the world who are concerned about the seemingly inexorable march toward global war. For example, a CounterPunch article states: The U.S. is Pushing the World Towards Nuclear War.  And although Russia has stated that any arming of Kiev would be considered an act of war and responded to appropriately, as of March 2015 the US Congress has voted overwhelmingly to do just that. That is why former congressman, Ron Paul, penned an article entitled: Congress Demands War in Ukraine. And the Business Insider recently (March, 2015) published an article, stating: “The World is facing the growing threat of nuclear war”    (Links updated since original posting)

But while people of the world are anticipating global war the Governing Body of Jehovah’s Witnesses apparently see no significance in present developments and are instead focused on the war that occurred a century ago. Using their authority as the mouthpiece of God they have assured Jehovah’s Witnesses there will be no third world war. Ultimately, there is no future presence of Christ!

But given the present realities, the most pertinent question Jehovah’s Witnesses ought to reason upon is actually a series of questions posed by Jehovah himself. For your convenience here is what Jehovah has said: “Who is blind, if not my servant, and who is deaf as my messenger whom I send? Who is blind as the one rewarded, or blind as the servant of Jehovah? It was a case of seeing many things, but you did not keep watching. It was a case of opening the ears, but you did not keep listening.” – Isaiah 42:19-20