Questions concerning the princes and the false prophet

Questions concerning the princes and the false prophet

I was told by an elder’s wife that Psalm 45:16 taught us that some elders would be princes in paradise.Is that what that verse means?

The elder’s wife is probably ambitiously hoping her hubby gets to play the prince in paradise; but no, that is not what the Psalm means. Elders, or overseers, are a provision for Christian congregations. When Christ comes again Christianity will be dissolved. A new system will be established under the direct control of the Kingdom of God.

The verse in question says: “Your sons will take the place of your forefathers. You will appoint them as princes in all the earth.”

The 45th Psalm is a prophetic poem describing the marriage and coronation of Jehovah’s appointed king. Prior to the royal wedding, the king successfully wages war against all the enemies of the realm. 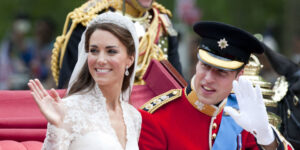 In the human sphere, the marriage of a prince is a big deal. About 10 years ago occurred the wedding of Prince William and Kate. It was a national holiday in the UK. So too, the symbolic marriage of the Prince of princes and the bride of Christ will a stupendous celebration before the dragon-slaying Son of God. It will be the beginning of a new era of unending peace.

The ninth chapter of Isaiah foretells that the given child will be called the Eternal Father. He will become the father of many, not through the human process of procreation, but by bringing the dead to life, as well as by guiding the survivors of the end of this world to fountains of water of life.

Among the billions who have died some were the Hebrew forefathers of Jesus. One prominent ancestor of Jesus was David. Once when the Pharisees and Sadducees were questioning him about the resurrection Jesus turned the tables on them and posed the question: “What do you think about the Christ? Whose son is he?” They said to him: “David’s.” He asked them: “How is it, then, that David under inspiration calls him Lord, saying, ‘Jehovah said to my Lord: “Sit at my right hand until I put your enemies beneath your feet”’? If, then, David calls him Lord, how is he his son?” And nobody was able to say a word in reply to him, and from that day on, no one dared to question him any further. — Matthew 22:41-46

The answer is, Jesus will become David’s Lord when he resurrects him. And then David—the forefather of the Messiah— will become his son.

Other prominent forefathers of Jesus are Abraham, Issac and Jacob and kings, such as Jehoshaphat and Josiah. More than likely, though, the entire nation of Israelites that descended from Abraham are considered to be the forefathers of Christ. That would include Moses, Samuel, Gideon, and Elijah and the prophets such as Jeremiah and Daniel, and many others who were not direct ancestors of Jesus. Jesus will appoint these righteous men as earthly princes in the world to come.

There is another bit of prophecy that the Watchtower has misapplied to Christian elders. Isaiah 32:1-2 says: “Look! A king will reign for righteousness, and princes will rule for justice. And each one will be like a hiding place from the wind, a place of concealment from the rainstorm, like streams of water in a waterless land, like the shadow of a massive crag in a parched land.”

Contrary to the delusion that Christ began reigning in 1914 and that elders are ruling for justice, the Watchtower has been instrumental in blinding those under its influence to the future coming of Christ and what it will involve. That is why Isaiah goes on to say: “Then the eyes of those seeing will no longer be pasted shut, and the ears of those hearing will pay attention. The heart of those who are impetuous will ponder over knowledge, and the stammering tongue will speak fluently and clearly. The senseless one will no longer be called generous, and the unprincipled man will not be called noble; for the senseless one will speak nonsense, and his heart will devise harmful things, to promote apostasy and to speak what is wayward against Jehovah, to cause the hungry one to go unfed and to deprive the thirsty one of something to drink.” (3-6)

Presently, the spokesmen of the Watchtower are praised for speaking nonsense. They speak of being in spiritual paradise and celebrate pure worship being established at last.

But the metaphoric rainstorm has not begun. The wind has not begun to blow. The tempest of Jehovah has not flooded out the hiding place of those who have concealed themselves in falsehood. The princes who will rule for justice will be the chosen ones after they have seen Christ. Again, contrary to the teaching of the Watchtower, Jesus is the Prince of princes.

THE BEAST FROM THE EARTH AND THE FALSE PROPHET

I am not sure what you want me to clarify. By the way, you should have had 90 seconds to record a message instead of 40 seconds.

The Watchtower provides some useful insight, in that, it identifies the two-horned wild beast as the Anglo-American dual world power as well as the false prophet. However, it attaches no particular importance to the beast ascending out of the earth. The Grand Climax simply says that the beast derived from the stable part of Satan’s world—whatever that means.

The Watchtower demonstrates how it speaks nonsense in what is stated about the wild beast that had the sword-stroke and yet revived. The Revelation Climax commentary claims that the head of the beast received the sword-stroke during WWI and quickly revived. It seems not to matter to the would-be interpreters that the British and American allies were victorious. In fact, in the United States Veterans Day (Originally called Armistice Day) was established on November 11 to commemorate the signing of the Armistice that brought an end to the First World War. Britain’s Poppy Day observes the same event. Vanquished nations do not hold solemn anniversaries of their defeats.

Without belaboring the point, the head of the beast has not been whacked nor has it revived. The revival of the beast is what is portrayed by the two-horned monster ascending from the earth—as if climbing up out of the Grave.

The Anglo-American-dominated global system is destined to crash in an epic catastrophe. But like the mythical Phoenix, the Anglo empire will come back to life, only in its post-death form it will speak as a dragon. In other words, it will directly channel the Devil.

After Christ established the true religion Satan swiftly moved to seize it. This he accomplished when Constantine made the by-then corrupted form of Christianity the state religion so that when the Roman Empire crumbled the Pontifex Maximus remained. The clergy became the keepers of the empire.

After more than a millennium, King Henry broke ties with the Vatican and the Church of England came into existence. About that same time, the Venetian financiers moved north and captured England, and established Freemasonry for the purpose of ultimately destroying Christian civilization.

Freemasons are the modern magic-practicing priests employed by the British Empire. Their goal has always been the destruction of Christianity and the imposition of outright Devil worship.

The influence of the demon-worshipping masonic cult sheds light on what is meant regarding the king of the north showing “no regard for the god of his forefathers.” The god of his forefathers is the Trinity, which Constantine made possible when he seized control of Christianity. It is the king of the north who will speak astonishing blasphemies against the God of gods, just like the wild beast after it recovers from its fatal wound. Seeing that the masons are the driving force behind the campaign to eliminate all vestiges of the true religion it seems most likely that the cult of masonry is the false prophet.

No doubt Satan’s sorcerers will perform great signs in the future in order to deceive mankind into worshipping Satan and the resurrected beast to their everlasting destruction.